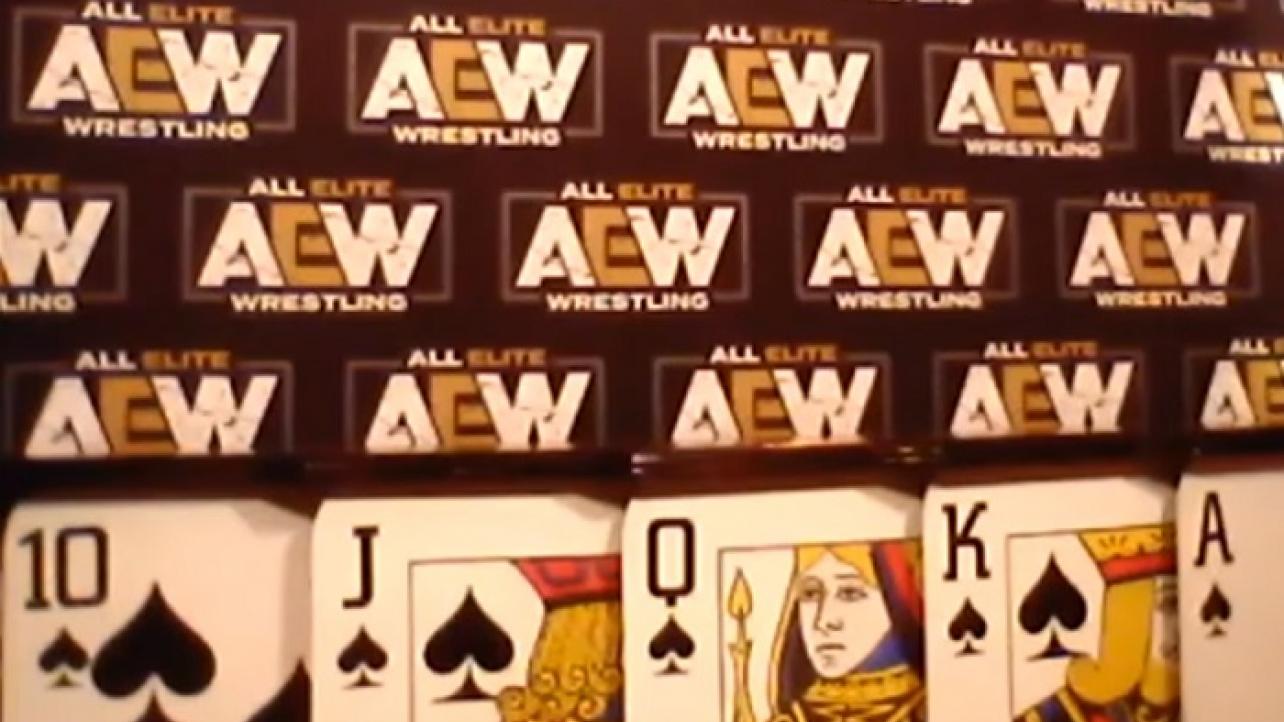 Featured below are some of the highlights of news and notes from their scrums.

* This year’s All Out PPV will be held on September 5, but there is no location announced yet for obvious reasons
* Jon Moxley will defend his AEW Title against Brian Cage at Fyter Fest this year, with more details forthcoming on Dynamite. Originally they were hoping to hold it in London, but obviously can’t do that now
* All talent and crew were tested for COVID 19, thus they were able to work in close proximity
* Britt Baker is expected to be sidelined approximately six weeks due to her injuries; Rey Fenix was luckier and is expected back soon
* The existing TNT championship belt design features Ted Turner’s mansion as a way to tie back to TNT.
* There is a new silver-plated version of the belt that has been delayed due to the pandemic but it is coming
* Tony Khan praised both MJF and Jungle Boy and noted they are both signed through 2024 and pivotal to the company