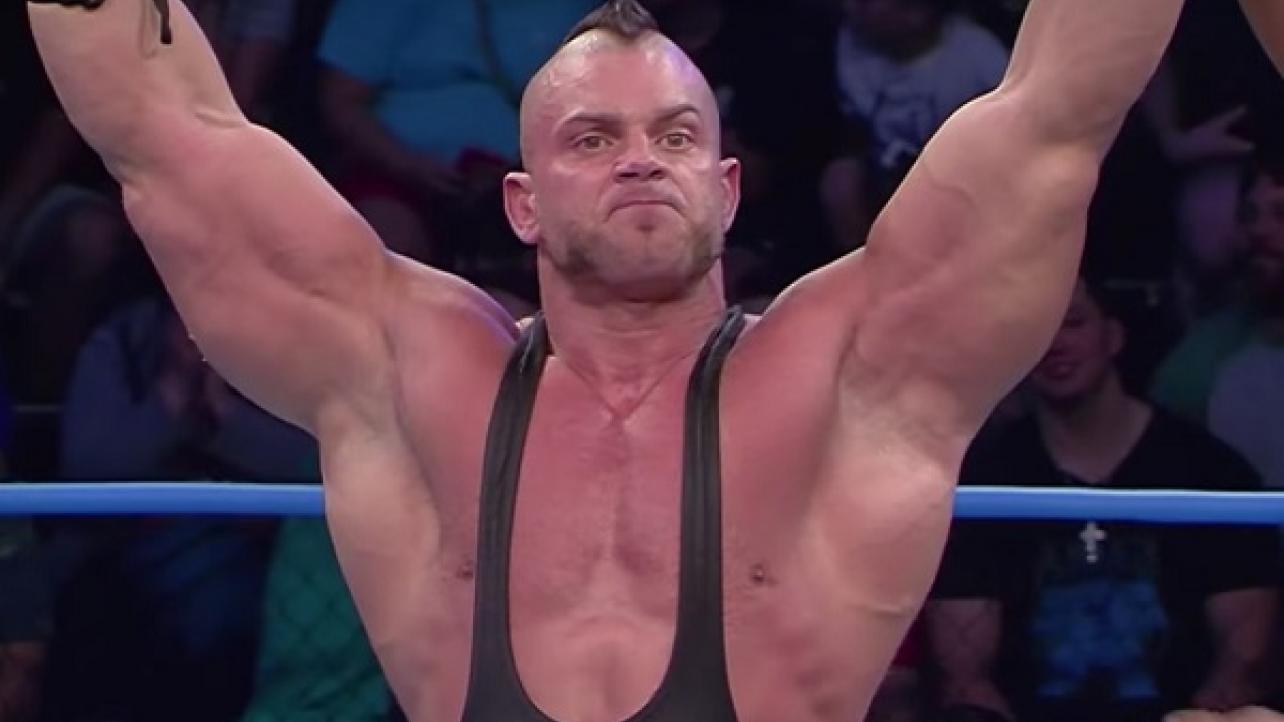 Impact Wrestling X-Division Champion Brian Cage recently spoke with the folks from Vulture Hound for an interview. Featured below are some of the highlights.

On being the X-Division Champion: “This title to me is what Impact Wrestling is all about. It’s what put Impact Wrestling on the map and what started it and its original incarnation. That’s really what separated itself from any other title or any other company. To me, this was the main goal and the title I wanted to go for out of the gate. People would ask me about the idea of ever going to Impact Wrestling long before I was here. I always said I’d love to just be part of the X-Division. The X-Division has always been about ‘no limits’ rather than ‘weight limits.’ And funny enough, Matt Sydal happened to be the champion when I came here and that was actually one of the top people I wanted to work. With never having never worked with him before and him being a phenomenal athlete in his own right, so the fact I got to work with Sydal and claim the title with a win-win for me.”

On being trained by the late Chris Kanyon: “His overall friendship really just motivated me. He helped me get into Deep South Wrestling [without a contract]. He was just such a good and giving guy and helped so many of us. I really don’t think he gets credit enough for that and for the help of certain people’s careers and for even how talented he was. When I’m on TV, much of my gears have his logos. When he officially retired, he let me become Mortis, his character. After the first match I did as Mortis, I sent him a copy of it and his text back, [in] all capitals, was ‘Absolutely phenomenal job as Mortis, please keep doing it.’ It meant the world to me at a very early stage of my career, I thought I could have retired the next day and be pretty satisfied with what I’d accomplished.”

On the current landscape for an up-and-coming pro wrestler: “It’s a great time to be a wrestler. I’m not sure exactly what’s the switch was, but obviously, there’s been a yeast that created a huge thriving market with some independents and obviously all these other outside companies like Ring of Honor, Lucha Underground, and Impact Wrestling. WWE is always going to be around, but there are just so many different outlets and type of wrestling and I feel like there are so many fans that enjoy all these different products and different venues. And the fact that we kind of slowly meshed together somewhat and are working together has been an awesome attribute for everyone like the Impact versus Lucha Underground event, or the Jericho Cruise. We have these huge opportunities with multiple networks and pay-per-views, all at the same time. I mean it’s unreal and it’s unheard of, but it’s fantastic that it’s happening.”

Check out the complete Brian Cage interview at VultureHound.co.uk.