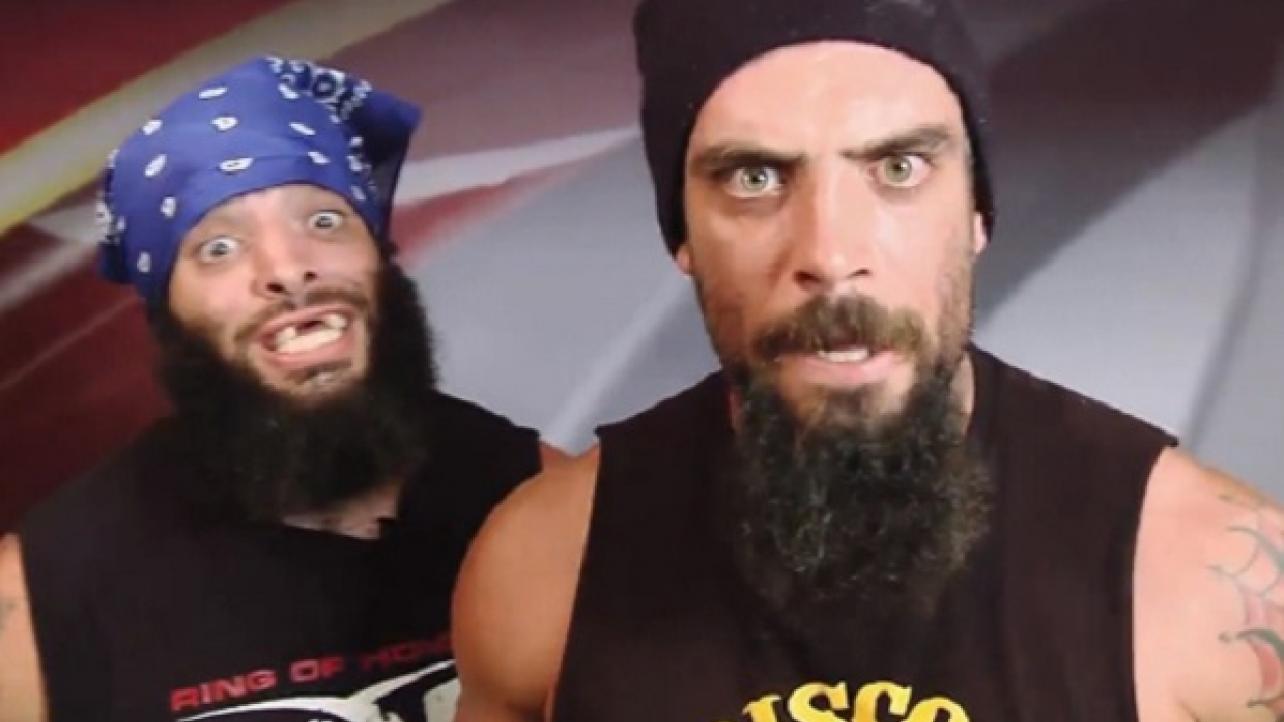 Villain Enterprises will apparently be defending their Ring Of Honor (ROH) Tag-Team Championships one more time before the big G1 Supercard event next month.

The winner of The Briscoes vs. Villain Enterprises title match at next Sunday’s ROH: Road To G1 Supercard “go-home” show will go on to face IWGP Tag-Team Champions Guerillas of Destiny (Tama Tonga & Tanga Loa) in a champion vs. champion match with both sets of titles on the line at the G1 Supercard show.

Check out the video of The Briscoes challenging Villain Enterprises for a title rematch in the following video released on ROH’s official Twitter page this weekend.

“We goin’ to Baltimore”