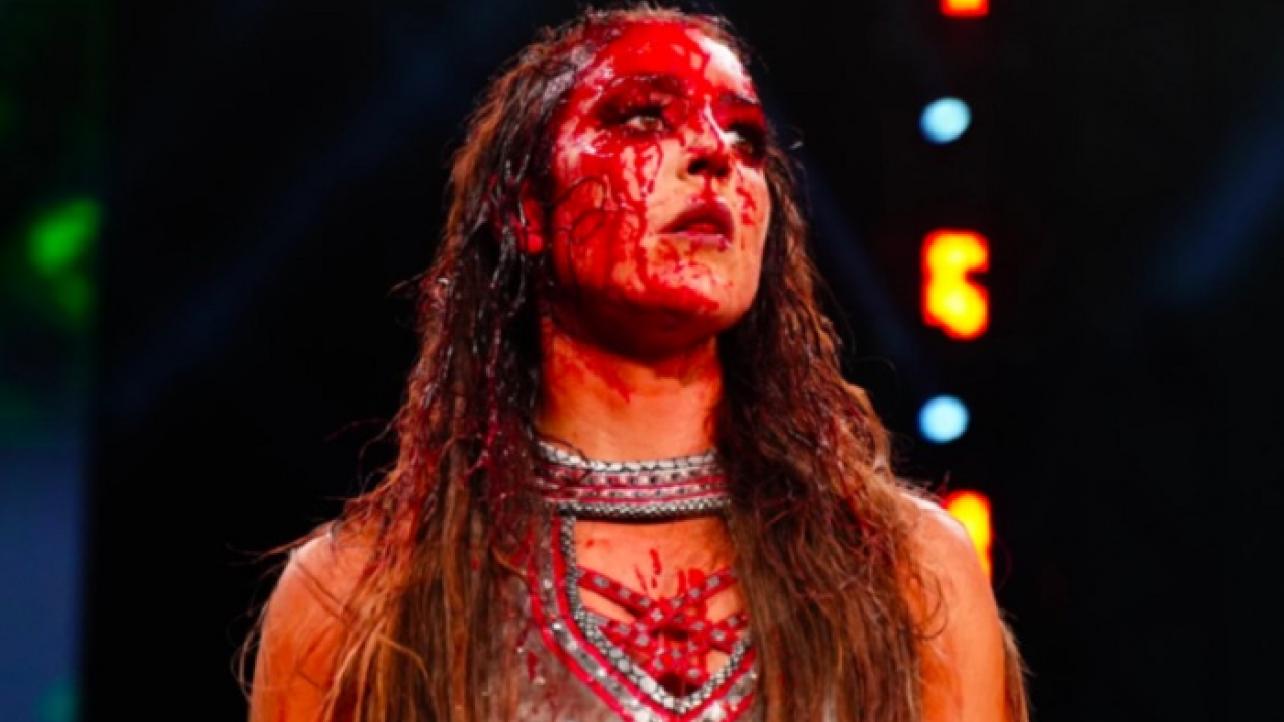 Britt Baker Gives Thoughts On AEW Not Making An Action Figure For Her, Donning “Crimson Mask” On TV

Dr. Britt Baker recently spoke with DAZN for an in-depth interview promoting her title shot against Hikaru Shida at this Sunday’s AEW Double Or Nothing 2021 pay-per-view.

During the discussion, the number one ranked contender in the women’s division in All Elite Wrestling spoke about wearing the iconic “crimson mask” multiple times in AEW, not getting an action figure when the company released their first series and more.

On not getting an action figure: “I don’t know who to blame. I’m going to point my fingers at that Jeremy guy, that weird guy on Twitter that always trolls me about the action figure. The thing is, he thinks it’s a joke. He thinks it’s a joke. It’s literally the American crisis right now. I don’t have an action figure. The joke’s on him. He’s an ass— at this point. The fans want it. I said people are going to show up to his house with pitchforks if he doesn’t give me an action figure. It’s enough. Enough is enough. It’s not a joke anymore. It’s ridiculous. I’m becoming the face of AEW and not just in the women’s division. Stop the production on the 12th Cody (Rhodes) figure. We don’t need it anymore. Let’s take a stop on that and fire up the machines and let’s start printing some D.M.Ds.”

On doing a good job at making herself undeniable: “I think that I’ve done a fantastic job of making myself undeniable. I think when I’m on TV, you have to watch me. You can’t look away. Whether I’m talking, if I’m wrestling, no matter what I’m doing, I have made myself a talent that you have to see, and you have to watch. To me, that’s success in professional wrestling and sports entertainment.”

On wearing the iconic “crimson mask” of blood multiple times in AEW: “When I first broke my nose about a year ago, we had quite a bit of blood with that too. It was tasting. I could taste my blood in a wrestling match, something I never really had before. That was different. But at the same time, it made me switch gears to a level I didn’t know I had. Then with the lights out match, the blood was in my eyes. If you ever had blood in your eyes, it forms a red fog to where you can’t see. You can make out figures that you can’t see. It’s honestly like a red contact over your eyes, and it’s a fog. But it’s like that feeling of, ‘Oh my god, I can’t see right now because my own blood is clouding my vision’. It was the same thing with the Shida match where I broke my nose. It made me feel a level of intensity and competitiveness that I never felt before.”

Britt Baker Gives Thoughts On AEW Not Making An Action Figure For Her, Donning “Crimson Mask” On TV