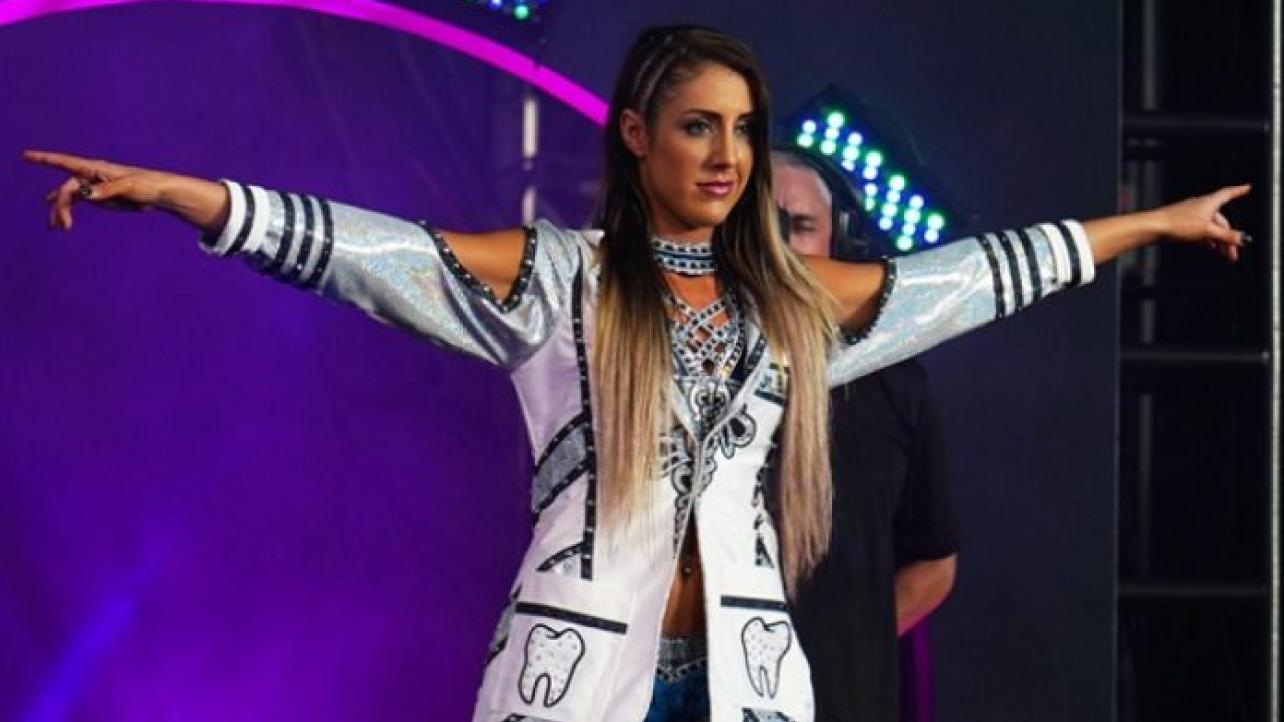 Britt Baker On Her Current Character: “I’m Throwing Reality In Your Face”

All Elite Wrestling’s own dentist recently spoke with WrestleZone, where she spoke about a number of topics. Dr. Britt Baker D.M.D talked about her recent uprising in the wrestling world, and shared what has driven her to become what she believes is a “role model”. Baker explained:

“It’s honestly the fans and their blatant disrespect for all my achievements and accomplishments and to make a mockery out of me because I do have two ‘plan A’ careers. I am a dentist and a wrestler, and I’m successful in both and because I became the laughingstock, it pissed me off. So now I’m not gonna sugarcoat it. I am better than all of you. I am better than pretty much everybody, I literally am a role model. That’s not a joke, it’s not a gimmick, it’s not a character, I am a role model. I have two ‘plan A’ careers. Who else can say that? Nobody. So it really came down to just owning reality and I’m shoving it down people’s throats even more and at the end of the day, it’s just no filter now.”

The 2020 Wrestling Observer “Most Improved” award winner continued to talk about her character, and how she plans on delivering a “receipt” for her early reception in AEW. The Dr. told WrestleZone:

“Everything that I’m saying is honestly pretty much truly how I feel. And if I can add my own little twang to it to get under people’s skin a little bit more, sure, I’ll do that. That’s just my receipt for the blatant disrespect for my whole first six months in AEW.”

Britt Baker On Her Current Character: “I’m Throwing Reality In Your Face”