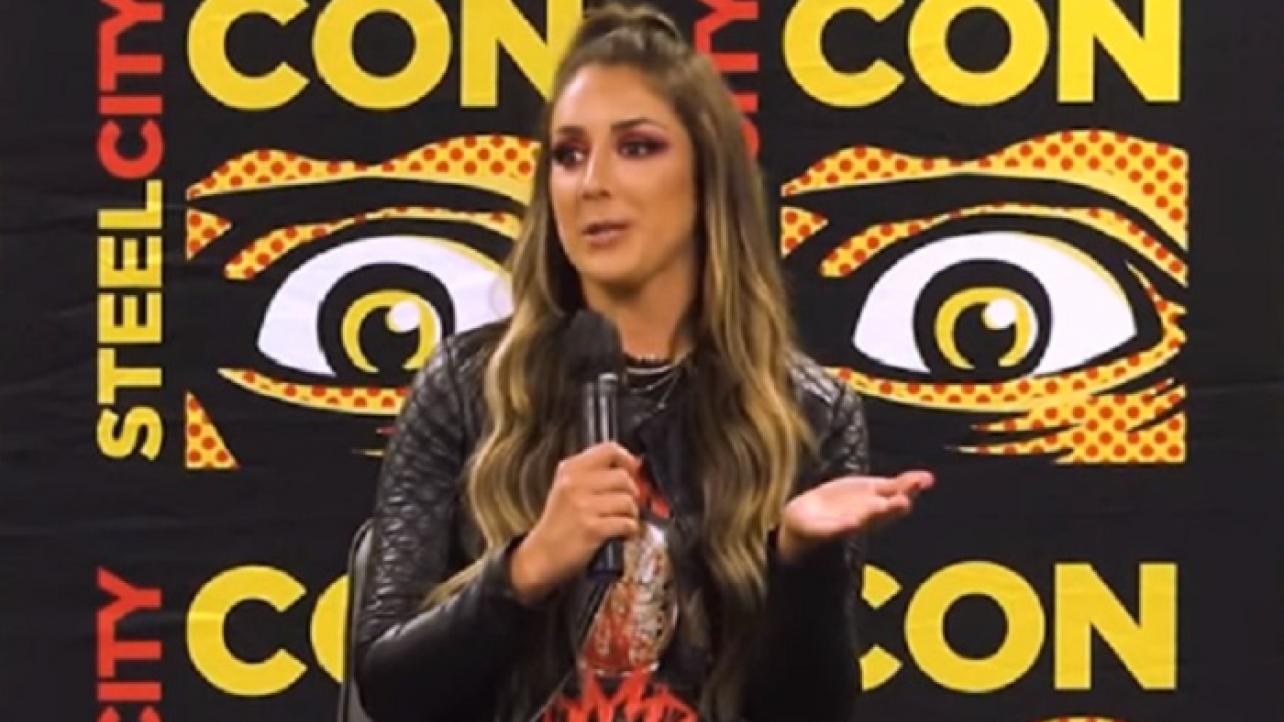 What does Dr. Britt Baker, D.M.D. think of critics of the women’s division in All Elite Wrestling?

Who better to ask than the reigning AEW Women’s World Champion herself?

During her appearance at the Steel City Comic Con event earlier this month, the top dog in the current women’s landscape in AEW addressed the criticism the division has been receiving from pro wrestling fans.

Featured below is an excerpt from her appearance where she touches on this particular topic.

“It’s the quote: “Some people just like to watch the world burn.” There’s some people that are just never going to be satisfied, it doesn’t matter what we do. The match that I had with Thunder Rosa we put everything we had out there. We had the women’s eliminator tournament, we have so much to look forward to. We have so many talented females on our roster: myself, Hikaru Shida, Tay Conti, Red Velvet, Jade, Thunder Rosa, Anna Jay. It’s not something you can just turn a blind eye to anymore. We’ve improved so much, we’re putting out great content. So, at some point you have to really look at yourself in the mirror and say: Do you not like the women’s division, or do you just not want yourself to like the women’s division?”

Check out more from Dr. Britt Baker’s appearance at the Steel City Comic Con via the YouTube video embedded below, or by visiting YouTube.com. H/T to 411 Mania for transcribing the above quotes.