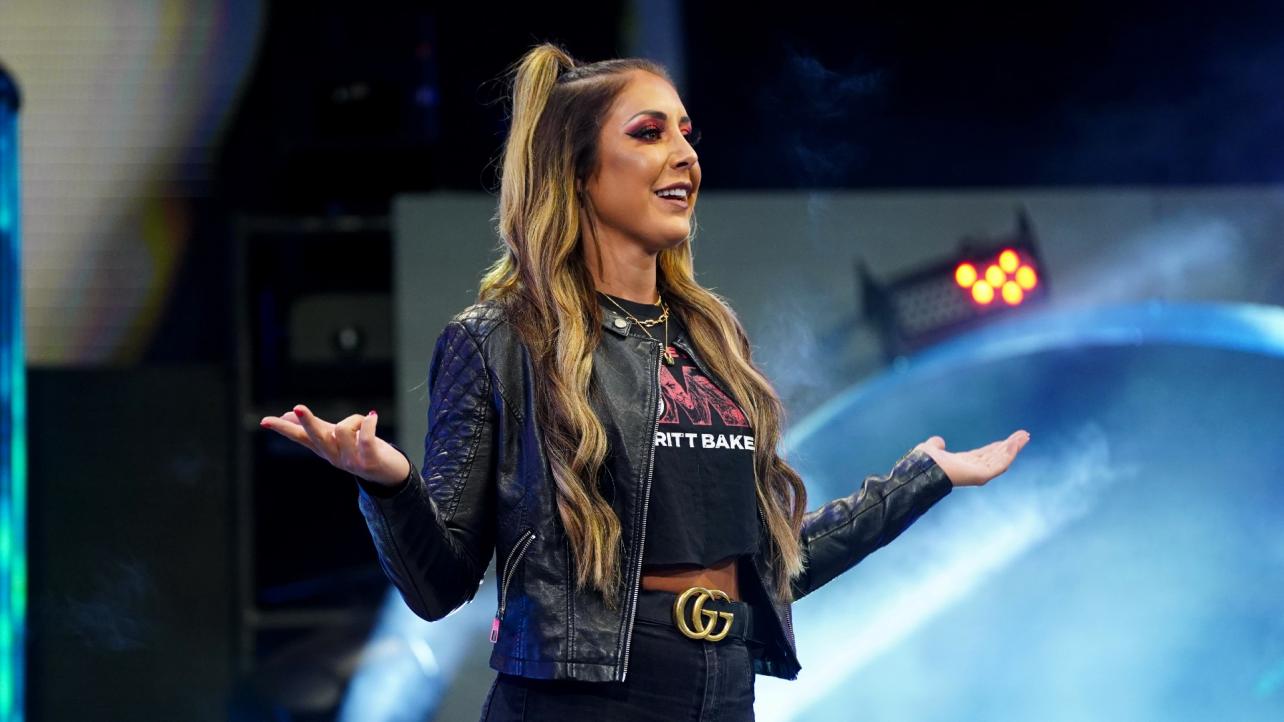 Britt Baker Says She Wants To Be In Popular Competition Show

Ahead of AEW Fyter Fest Night Two, AEW Women’s World Champion Dr. Britt Baker stopped by the Endless Hustle podcast, where she spoke about her “dream” to be a part of Dancing With the Stars. Check out her comments below (Via Fightful):

“Originally, I just liked wrestling and just wanted to be a wrestler because that’s what I wanted to do and that was my dream. Now, it’s getting to do the promos so much to where I’m like, ‘Man, I’d love to do acting one day.’ My all-time absolute dream is Dancing With The Stars. One day. I watch it all the time with my mom and grandma, even until now. I’ve never missed a season. When I got to be closer to Chris Jericho and I felt comfortable enough, I was like, ‘Tell me everything about Dancing With The Stars.’ He was like, ‘Really, you’re one of those people?’ ‘Yeah, I am.’ I want to do everything and anything that I can while I can. (Wrestling) isn’t forever. I know that and eventually, your time is up and I have to retreat to the dental office for the rest of my life. So, for now, I want to do everything.”

Britt Baker is set to defend her title against Nyla Rose, at tonight’s AEW Fyter Fest.

Rajah.Com will have full, live coverage of the show, beginning at 8ET.

Britt Baker Says She Wants To Be In Popular Competition Show