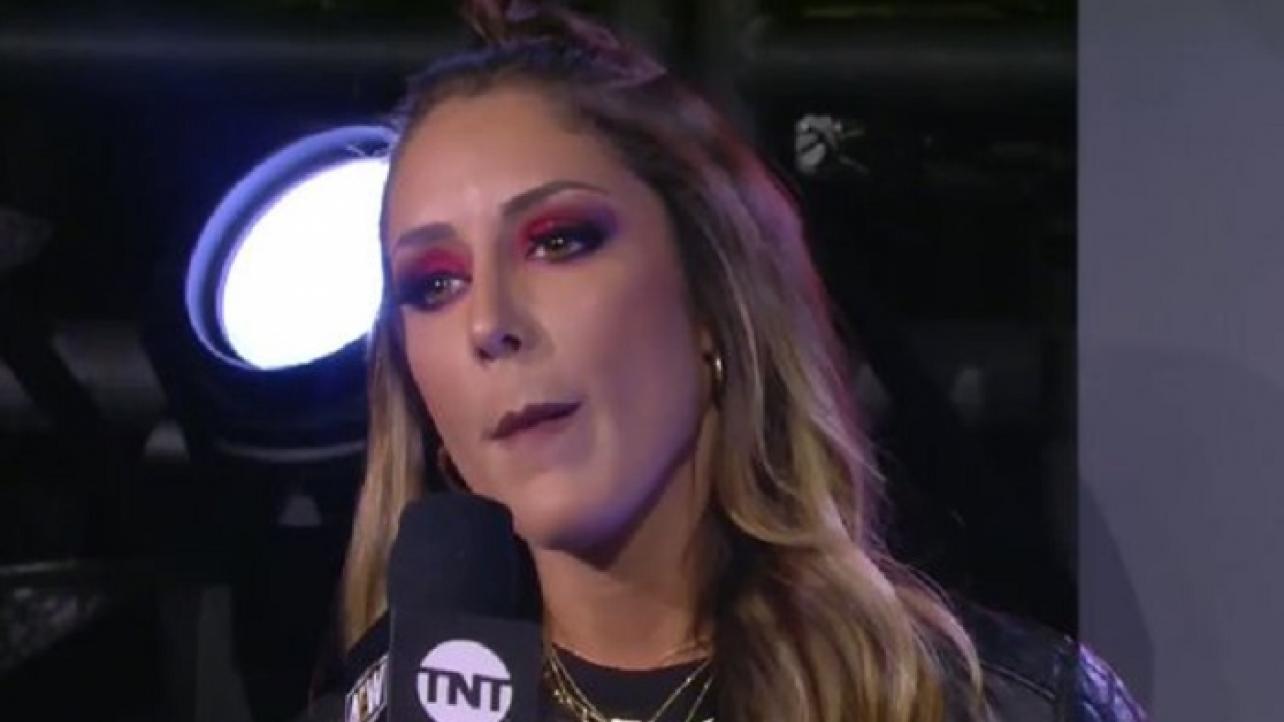 Britt Baker Talks About Adam Cole, How She Improved During Pandemic

Dr. Britt Baker, D.M.D. recently appeared as a guest on the PWI Podcast for an in-depth interview covering all things pro wrestling.

During her appearance on the popular pro wrestling program, the AEW Women’s World Champion spoke about improving her overall game during the pandemic era, Adam Cole and more.

What she did during the pandemic to improve: “I will say, once the pandemic hit, I couldn’t go to the dental office anymore. I was just fresh in this heel turn, so I did nothing but professional wrestling because I didn’t have anything else to do. This was my time. I would go to the wrestling ring non-stop. I was watching wrestling non-stop. Promos, matches, everything. I was practicing promos non-stop. I was bouncing ideas who I consider my mentors in the back non-stop. I was working day in and day out because I wanted to be the best. I really wanted 2021 to be my year. I felt like I had it in me. I had everything. I just really needed to zone, dig deep down, and really get to know this Dr. Britt Baker DMD character, and own it, You have to own being a bad guy. If you’re not comfortable with it, it comes off on the screen. You have to really accept that this is who you are.”

On Adam Cole: “We are very supportive of each other all the time. He watches everything I do. I watch everything he does. It’s really cool to have somebody at home that you can just sit down and talk about your whole day with, and they understand everything that you’re talking about, and everything that you’re going through. I feel very fortunate because he’s one of the best in the world in promos and wrestling. At the end of the day, I get to come home to him and talk to him about anything.”

Check out the complete interview at Podbean.com. H/T to WrestlingNews.co for transcribing the above quotes.

Britt Baker Talks About Adam Cole, How She Improved During Pandemic