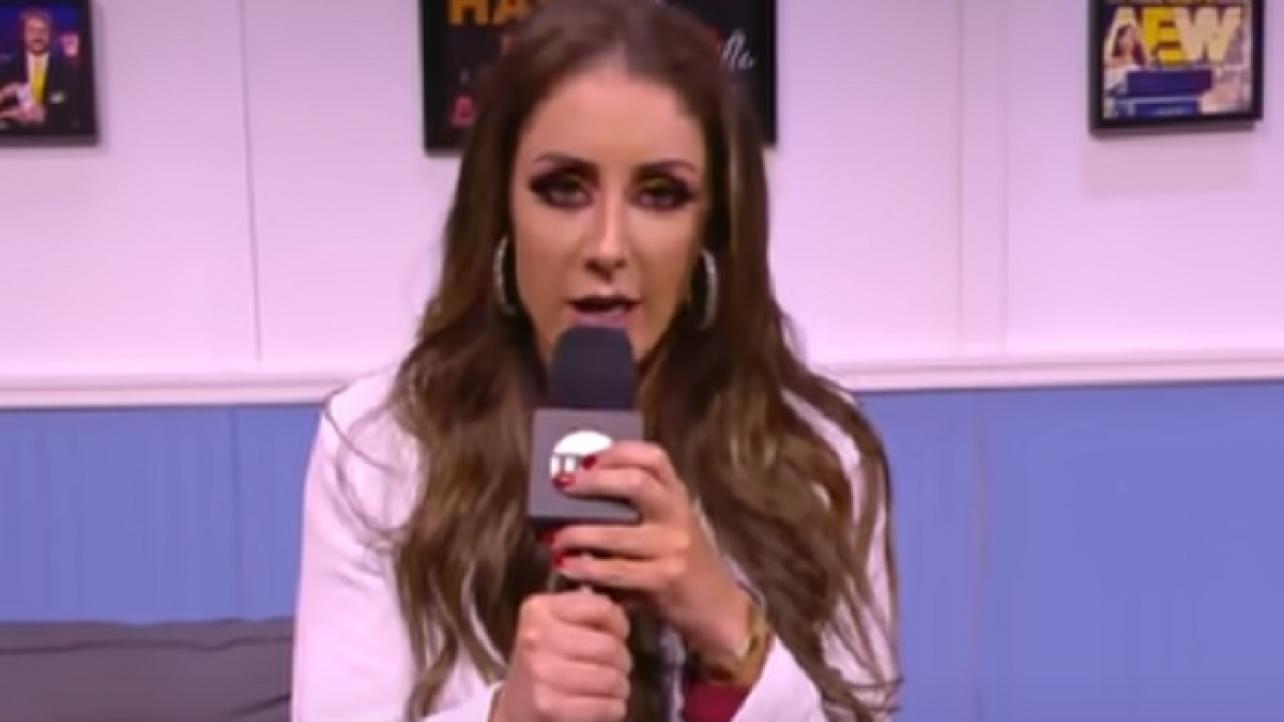 As noted, Britt Baker recently spoke with TV Insider to promote her defense of the AEW Women’s Championship against Tay Conti at the upcoming AEW Full Gear 2021 pay-per-view.

In addition to the highlights we published from the interview earlier today where she spoke about wanting to be on Dancing With The Stars, the AEW Women’s Champion also spoke about her match against Conti at Full Gear, possibly wrestling Deonna Purrazzo and the possibility of an all-women’s AEW pay-per-view event.

On her Full Gear match against Tay Conti: “When it comes to fighter instincts, I don’t think I’ve ever faced anyone on Tay Conti’s level. She can literally drop anybody. But this is professional wrestling, my reign, and my division. I’m happy to give her a shot at the belt, but it’s my era right now, the D.M.D. era. The story Tay Conti has with NXT not going her way. It wasn’t her grand stage, where now it is. She is one of the top stars in AEW. She gets one of the biggest reactions from fans when she comes out. It’s still my reign and my ring, and it’s going to stay that way.”

On a possible matchup against Deonna Purrazzo: “Deonna is one of my best friends. One day, I think, one way or another, it’s going to happen. It’s really cool Deonna and I have these underdog stories where we were not appreciated early on. And now she was ranked No. 3 in the Pro Wrestling Illustrated Top 150 women’s wrestlers, and I was ranked No. 4. It only makes sense for us to square off in the ring and have a little friendly competition. She has mentioned before about having a tag match. I’d love to do that. She is one of the best wrestlers in the world, period. I want to go against the best. I want to go against her.”

On whether AEW will ever run an all-women’s pay per view: “I don’t know. Never say never. As empowering as EmPowerrr is, I think it’s more empowering we’re given the platform to the main event all these television shows. To main event Dynamite. To main event Rampage. When the women main event a men’s show, it has a little extra satisfaction.”