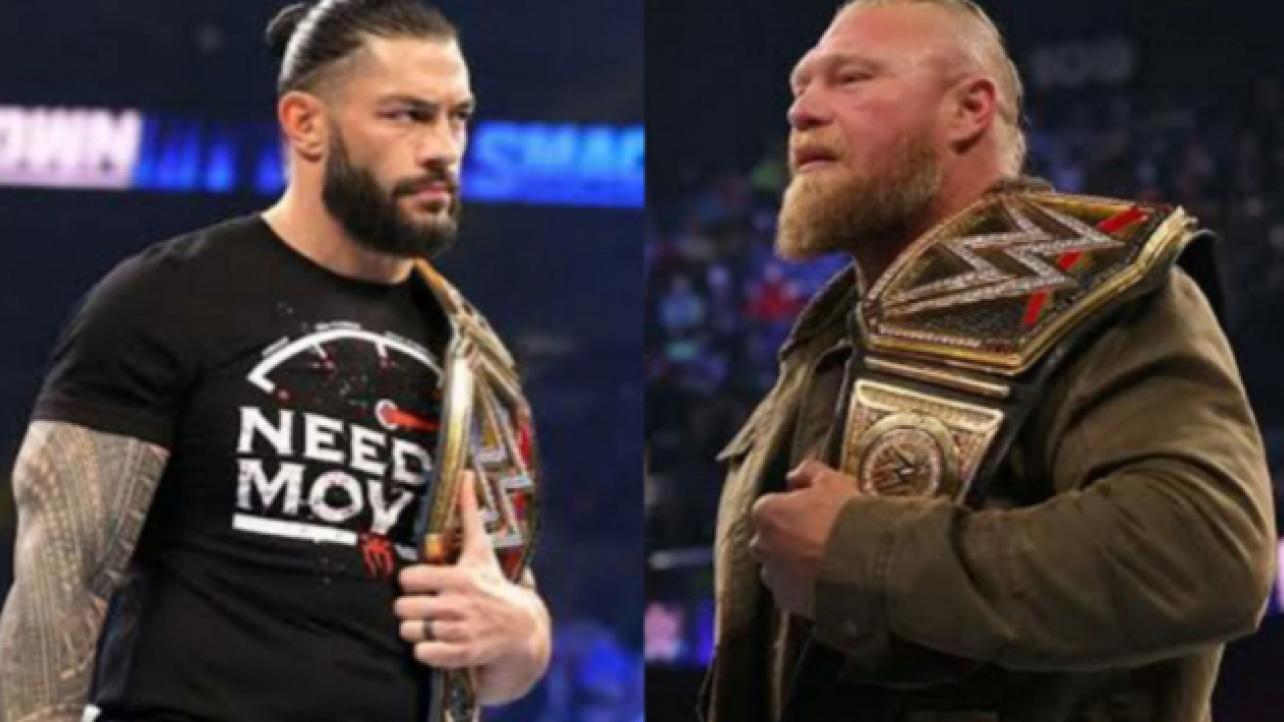 WWE champion Brock Lesnar recently spoke with the New York Post to hype up his WrestleMania 38 main event showdown with Universal champion Roman Reigns, and discuss his current run with the company since returning at SummerSlam. Highlights are below.

Talks his current run and being able to speak for himself:

“I can be a funny f**ker. I can be serious. I can be bipolar and change my persona on a flick of a switch, just ask my kids. I can change on a dime. I can be joking with you and then rip your f**king head off the next second. It’s just the way I am.”

“I step into that role, and I want to kill Paul because he f**ked me over, right? This is a serious angle for me, and it’s a passionate angle. That’s why I think the product is so good.”

Says he has goosebumps thinking about his showdown with Roman Reigns:

“I see a f–king superstar. I see I guy who came into his own and is a real threat as person and as a character. … Roman has the It factor, has had it. It’s exciting to me. I get goosebumps just thinking about this match.”