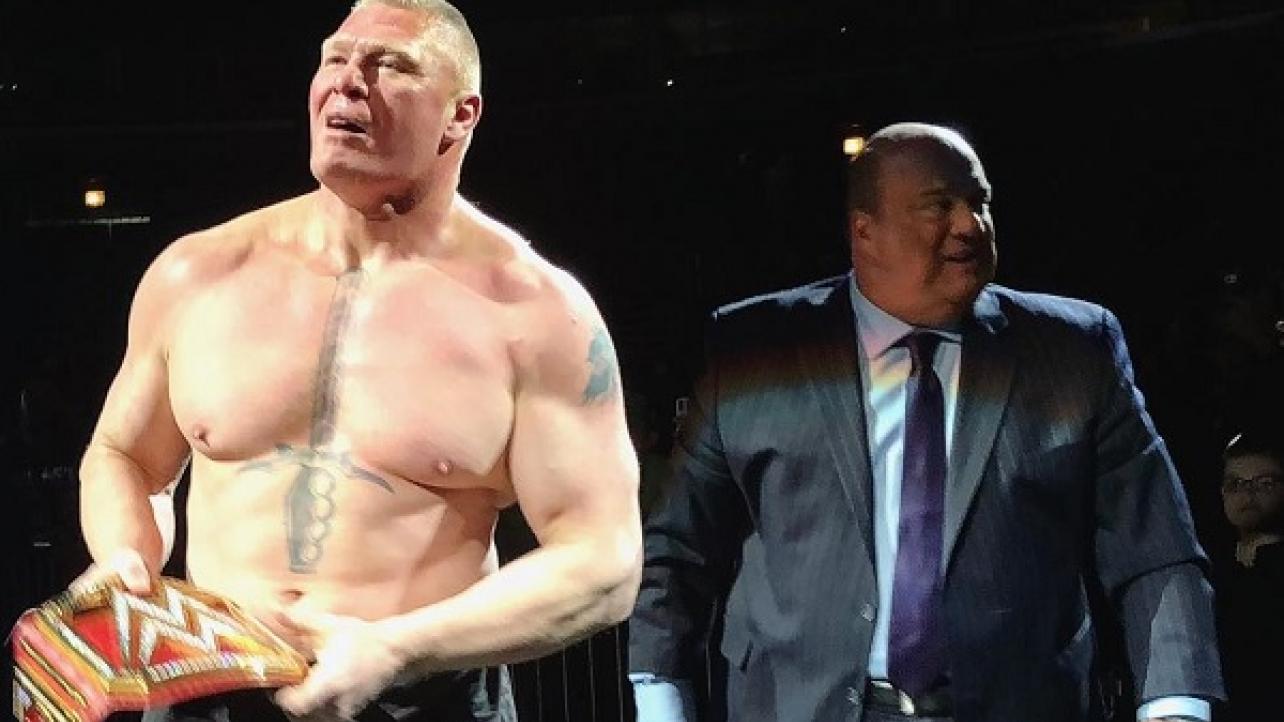 Brock Lesnar made some news following his appearance at the WWE live event in Chicago, Illinois on Saturday evening.

As advertised, WWE Universal Champion Brock Lesnar defended his title against Kane at last night’s show at the United Center.

Prior to the match, Paul Heyman cut a promo, noting Lesnar was fighting out of the “Ultimate Corner,” likely playing off of the recent rumors that “The Beast Incarnate” is headed back to the UFC after his WWE contract expires in April.

Lesnar went on to defeat Kane in just 35 seconds, successfully retaining his title by pinning the WWE veteran after hitting him with two German suplexes and an F-5. The crowd actually booed the finish pretty heavily.

WWE.com posted the following article and photo of Lesnar on their Instagram page after the show.

The Beast is back!

Universal Champion Brock Lesnar made headlines when he and his advocate Paul Heyman did not appear on Raw this past Monday as originally scheduled, infuriating his WrestleMania 34 opponent Roman Reigns in the process.

Lesnar, however, changed the narrative a bit when he returned to action Saturday night in Chicago, Ill. With rumors swirling and pundits chirping, Brock looked as dominant as ever in his first in-ring action since the Royal Rumble pay-per-view this past January.

Keep with WWE.com for all the latest on The Beast’s return to the ring.