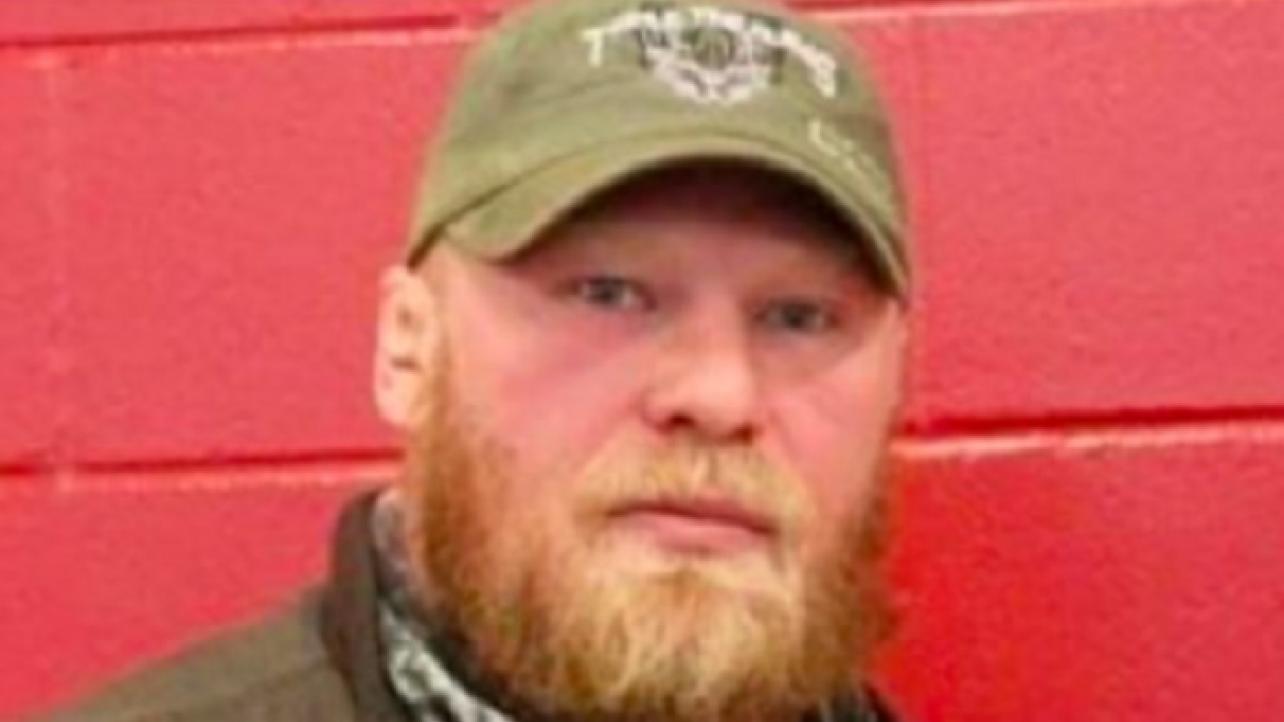 “The Beast Incarnate” continues to look less-and-less like Brock Lesnar and more-and-more like a retired bad ass living in the mountains somewhere in Canada these days.

On Christmas Eve on Thursday, December 24, 2020, a new photo of the former WWE and UFC Champion surfaced online via Reddit user “Castejack” and it shows that the MMA and pro wrestling legend has continued growing his beard even more as time has gone on.

As noted back in early November, Lesnar, 43, has been growing his facial hair out and is looking like a completely different person since stepping away from the squared circle upon the expiration of his most recent contract with World Wrestling Entertainment (WWE) back at the end of August / beginning of September.

We here at eWrestling.com shared a photo of pro wrestling and MMA fighting mega-star Lesnar back on 11/7 that showed his beard and facial hair grown out significantly since fans of WWE last saw him on night two of this year’s two-night WrestleMania 36 pay-per-view event, where he lost his WWE Championship to Drew McIntyre at the show held on April 5, 2020.

Lesnar was in Medicine Hat, Alberta, Canada for the annual Cypress Hills Hunting Trip back on the Nov. 7 date, which is when the latest Lesnar facial hair photo surfaced.

On Christmas Eve, nearly two months later, “The Beast Incarnate” has again touched down on the world-wide web in the form of the aforementioned photo shared by Castejack on Reddit.

Check out the latest updated mountain man / Canadian biker look from WWE and UFC legend Brock Lesnar via the photo included in the following tweet embedded below courtesy of eWrestling.com reporter and co-webmaster Matt Boone (@MattBoone0709).

To view the aforementioned original mountain man photo of Lesnar with his facial hair grown out from his appearance at his annual hunting trip in Canada back in November, click here to check it out here at eWrestling.

Check out UPDATED #PHOTO of his “Canadian Mountain Man” #NEWLOOK at the link below @ewrestlingcom~!

REACTION: What Do YOU Think Of Brock Lesnar’s New Look?