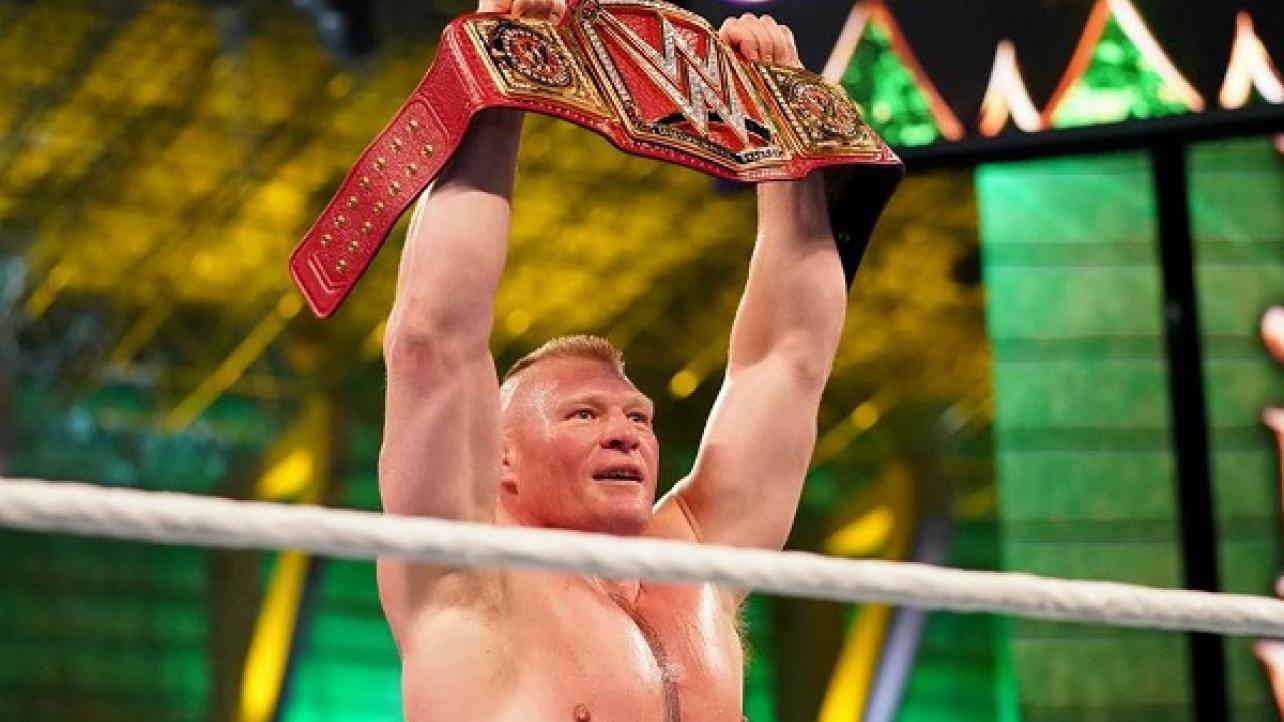 According to Dave Meltzer on Wrestling Observer Radio, Brock Lesnar has signed some sort of new deal with WWE for at least two matches. The first will be at Survivor Series against AJ Styles and the second will be against Braun Strowman again, though it is unknown if that would be at Royal Rumble or WrestleMania 35.

Meltzer speculated that one scenario could be that Strowman would win the Royal Rumble and then go on to face Lesnar at WrestleMania. In regards to the Crown Jewel match, it was discussed on Observer Radio that it wasn’t supposed to be a squash but rather the story WWE wanted to tell is that Strowman got no offense in after the pre-match attack by Baron Corbin weakened him, yet still kept surviving the F5’s until it was too much.

It is unclear if Lesnar will be showing up at the UFC show at Madison Square Garden on Saturday evening but he will be arriving in the United States by Saturday morning – giving him plenty of time to appear.