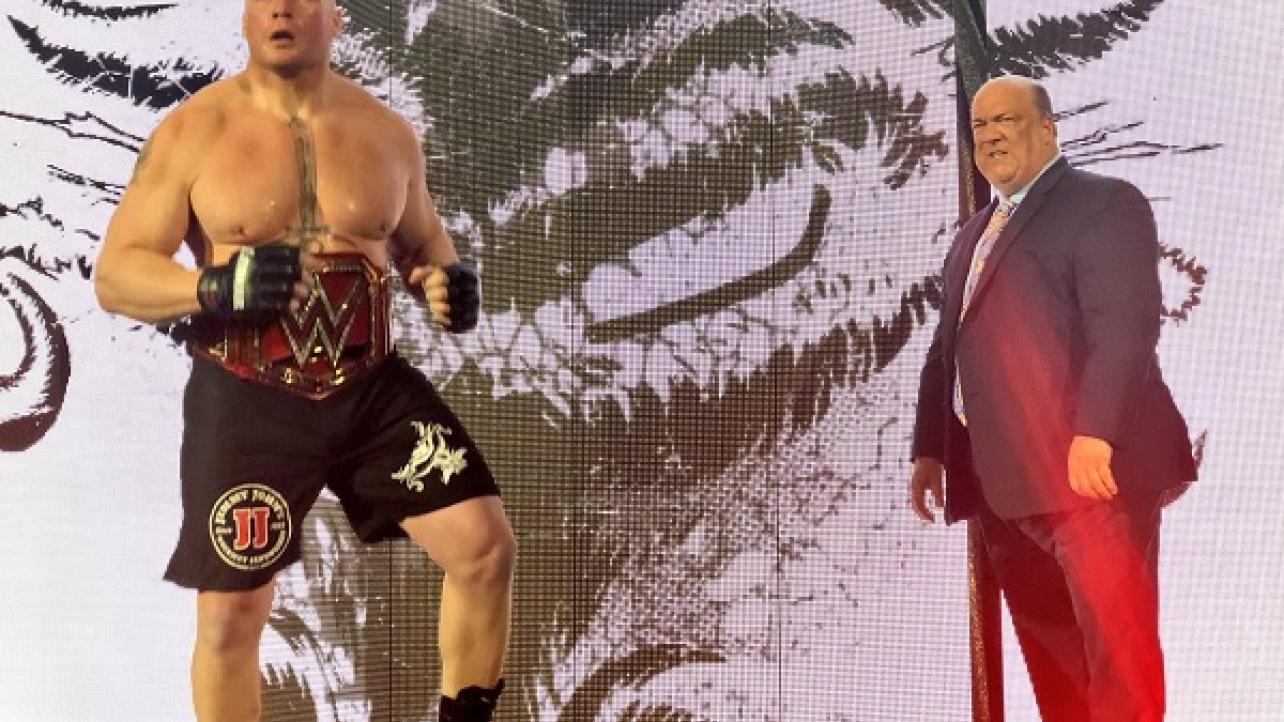 As advertised, Brock Lesnar worked the WWE live event at the Target Center in Minneapolis, Minnesota this weekend.

The WWE Universal Champion competed in a match against WWE Intercontinental Champion The Miz that was billed as a “Champion vs. Champion Match,” although both men left the building with their respective title belts.

The match saw Lesnar hit Miz with three German Suplexes before Bo Dallas and Curtis Axel hit the ring. “The Beast Incarnate” would go on to deliver additional German Suplexes to them before returning his focus to The Miz, who he blasted with an F-5. He then hit an F-5 on both members of The Miztourage as well.

Because there was no pin, the referee simply called for the bell. Lesnar then hit an F-5 on the referee. The match went just a little bit over a minute, so fans got a little more than the 35 seconds of action from Lesnar in his recent house show outing against Kane.

But not much more.