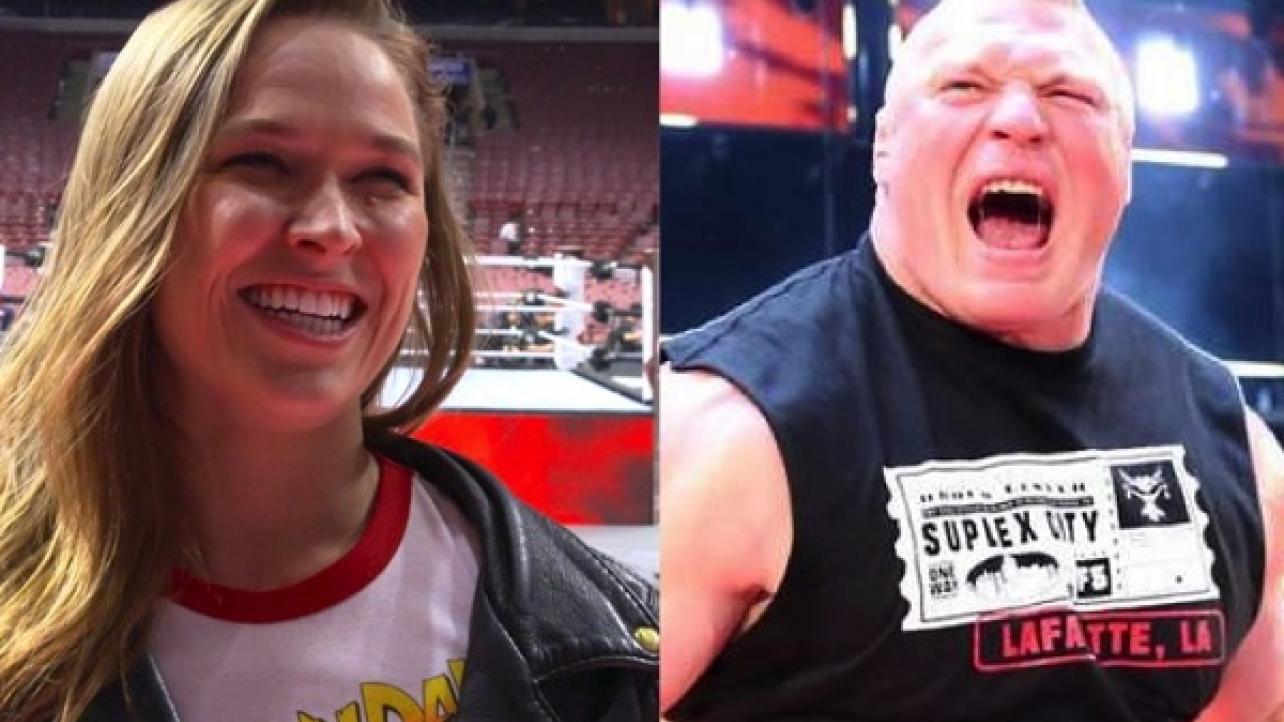 Brock Lesnar is not scheduled for WWE’s next PPV – Elimination Chamber – and it’s unclear if Ronda Rousey is going to be wrestling there either. According to Dave Meltzer on Wrestling Observer Radio, Rousey is apparently scheduled to miss one of the next two PPVs before WrestleMania, either Elimination Chamber or Fastlane. Lesnar meanwhile is expected to work the Saudi Arabia show after WrestleMania.

Elias’ recent heel turn actually took place at the Royal Rumble, when he insulted the Arizona Diamondbacks and attacked Jeff Jarrett from behind except almost everyone either missed that or didn’t care and still cheered him.