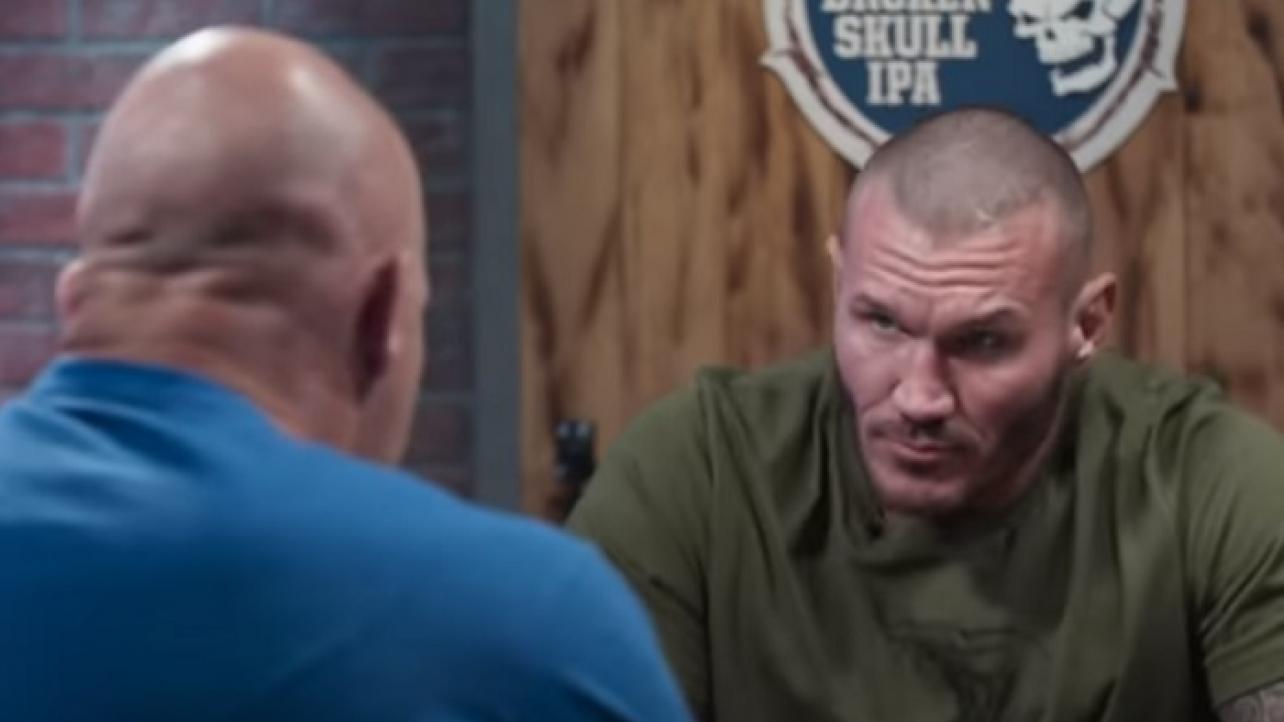 The latest installment of The Broken Skull Sessions is now available for On Demand viewing for subscribers to the WWE Network.

To get fans excited about the premiere of the latest edition of the popular video podcast hosted by “The Texas Rattlesnake,” multiple “Broken Skull Sessions Extra” videos were released via the company’s official YouTube channel.

Featured below are all three “Extra” clips from the new episode of The Broken Skull Sessions featuring Steve Austin’s new in-depth interview with Randy Orton as part of “Stone Cold Week.”

The official description for the first video, which you can watch below, reads: “From favorite fast-food burger to his favorite move other than the RKO, Randy Orton fields a wide-ranging series of rapid-fire questions from “Stone Cold” Steve Austin. Watch Orton on The Broken Skull Sessions, streaming tomorrow on Peacock and WWE Network.”

For the second video, which is embedded directly below, the description reads: “Randy Orton opines on Big E, Pete Dunne, Riddle and more WWE and NXT Superstars during a round of Word Association with “Stone Cold” Steve Austin. Watch The Viper on The Broken Skull Sessions, streaming Sunday on Peacock and WWE Network.”

Finally, the description attached to the third and final “Extra” video for the new episode of The Broken Skull Sessions, which is embedded below, reads: “Randy Orton has tangled with many a WWE Legend during his illustrious career, but here are five that The Apex Predator wishes he could have wrestled one-on-one. Watch Orton on The Broken Skull Sessions, streaming Sunday on Peacock and WWE Network.”