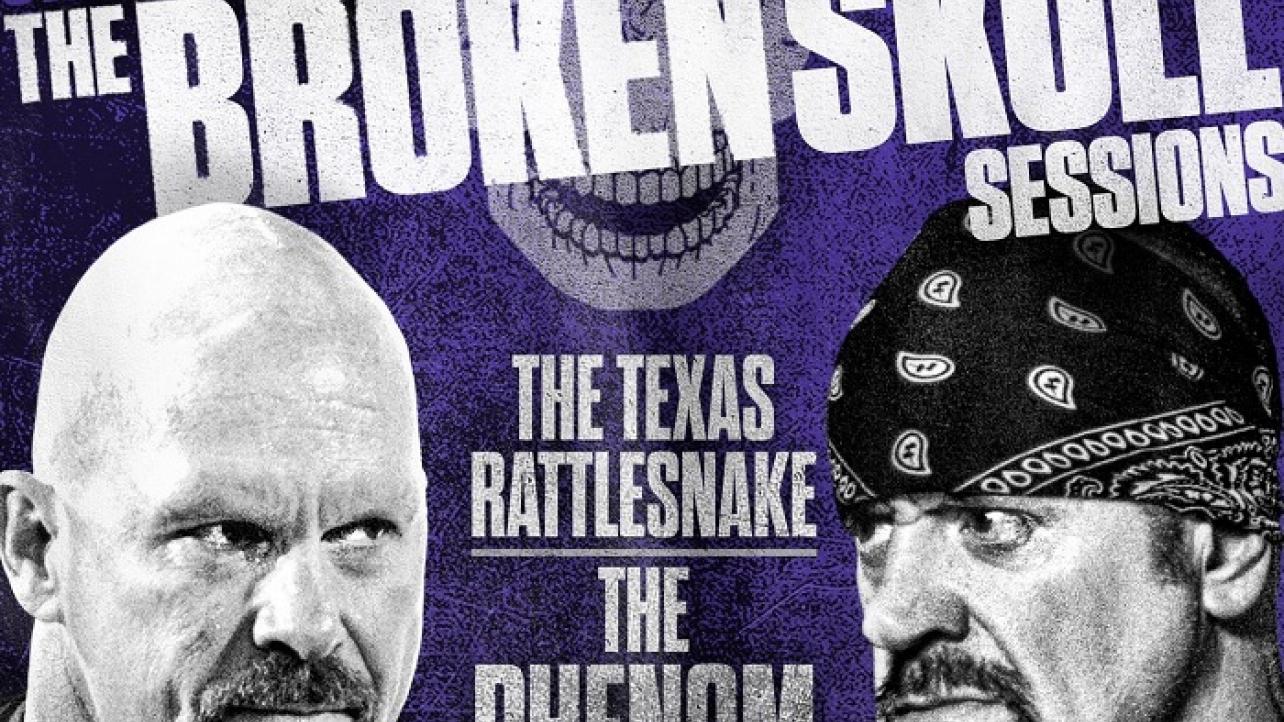 The updates regarding special “30 Days of The Deadman” programming on the WWE Network keep coming!

In addition to the sneak peek of the new “Brothers Of Destruction” documentary that is scheduled to drop on the WWE Network this Sunday as part of the ongoing month-long tribute in honor of the 30th Anniversary in WWE of The Undertaker, WWE has begun promoting another special that is set to premiere in just under two weeks.

While the documentary focusing on the story of the rivalry and subsequent alliance between The Undertaker and Kane will be available this coming Sunday on the WWE Network, the digital subscription service will premiere another cool special program to wrap up the “30 Days of The Deadman” tribute one week from this Sunday.

On Sunday, November 22, 2020, “The Broken Skull Sessions: One More Round” special featuring WWE Hall Of Fame legend “Stone Cold” Steve Austin sitting down once again for a no holds barred shoot interview with “The Phenom” himself will debut on the WWE Network.

To help get fans excited for the new special premiering on 11/22, both The Deadman and The Texas Rattlesnake took to their respective Twitter pages to comment on the upcoming release of “The Broken Skull Sessions: One More Round” program.

For his part, “The Bionic Redneck” dusted off his hashtag skills when logging on to his Twitter account to promote the new episode of his regular WWE Network video podcast.

Check out the tweets with the official promotional poster for “The Broken Skull Sessions: One More Round” special episode with “Stone Cold” Steve Austin interviewing The Undertaker on the 30th Anniversary of his legendary WWE career below.