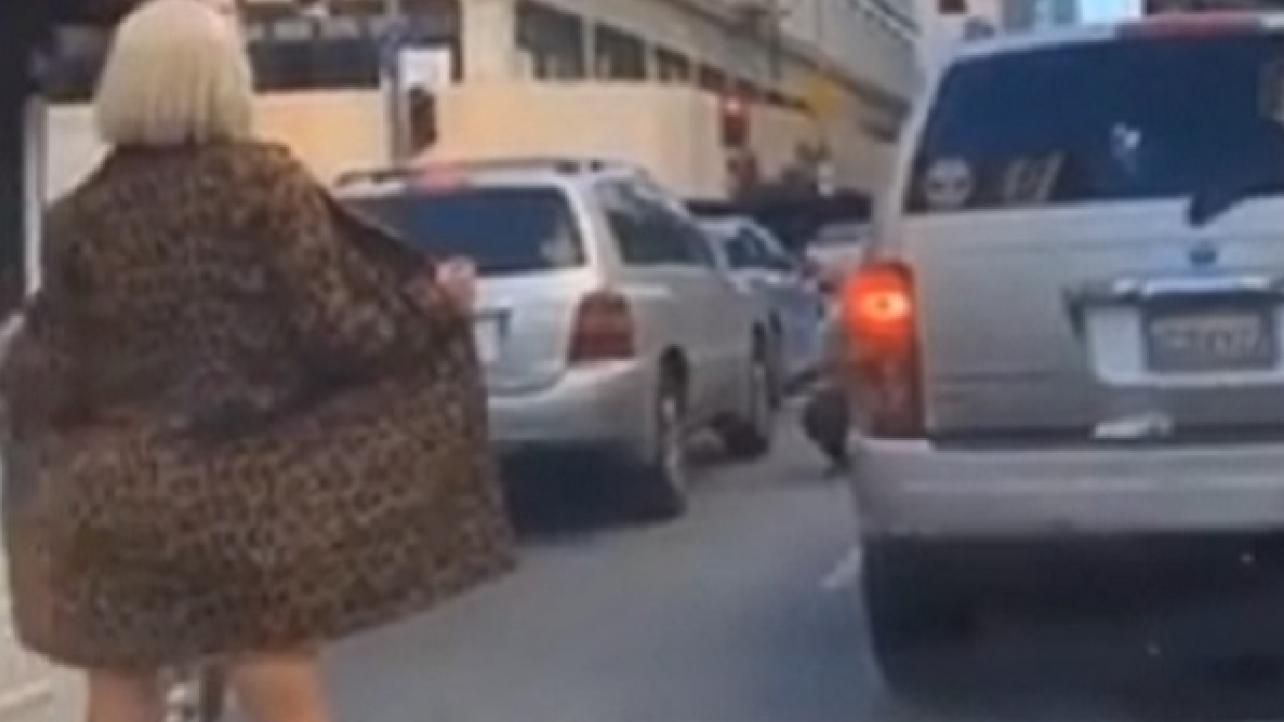 Actress Stephanie Beatriz took to social media this weekend to air out her beef with WWE Superstar Lana.

Beatriz, who plays Rosa Diaz on the NBC sitcom, Brooklyn Nine-Nine, posted a video on her Instagram Story of herself in her car while Lana was going in-and-out of traffic in Los Angeles, California for two new photo shoots.

“Like. I just want to drive and not be in your photo shoot,” wrote Beatriz in the caption that went along with the clip, which was downloaded from her IG Story and spread throughout social media this weekend.

Check out the video of Stephanie Beatriz filming Lana’s L.A. photo shoot in the middle of busy traffic below.

@stephaniebeatriz from Brooklyn Nine-Nine posted this complaining about this model having a photo shoot in the middle of the street. Uhhhh that’s @thelanawwe Stephanie. And as we all know. LANA IS THE BEST! LANA NUMBER ONE!

A post shared by AKFYT Wrestling Pod (@akennyforyourthoughtspodcast) on Mar 17, 2019 at 8:30am PDT