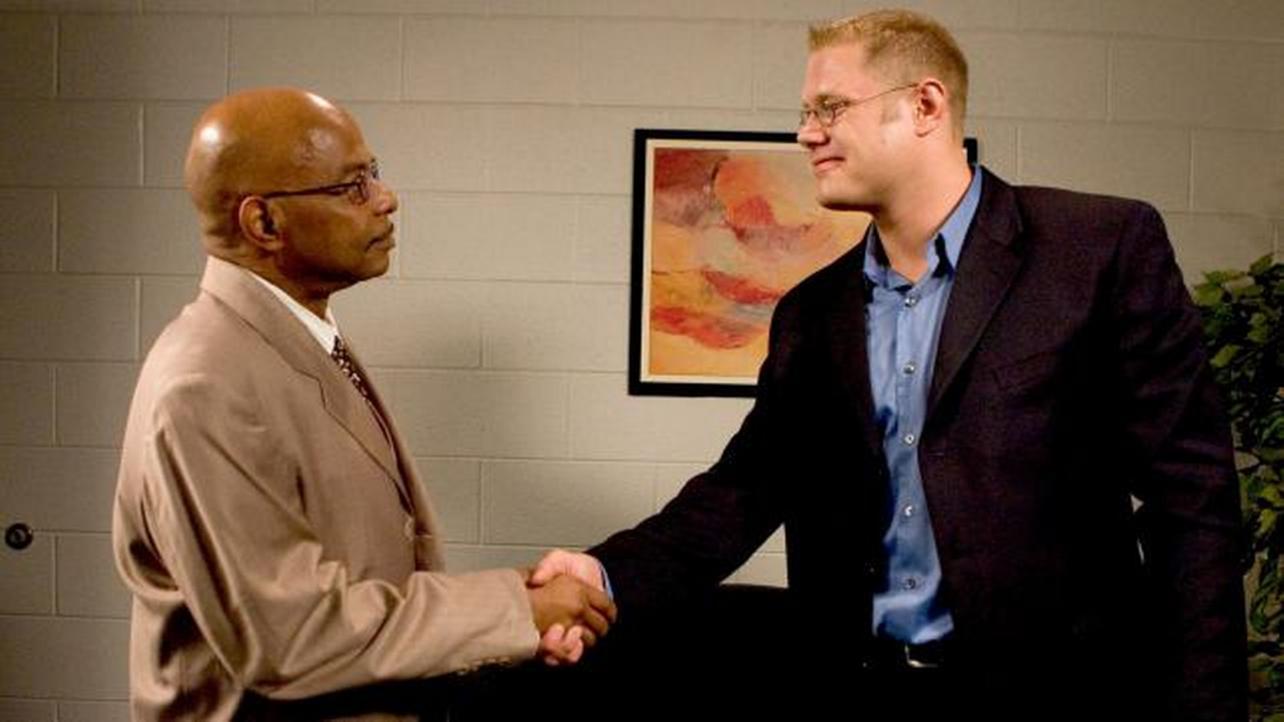 Bruce Prichard On Palmer Canon: “Not A Good Fit”

On the most recent edition of his Something to Wrestle podcast, Bruce Prichard explained why he believes former WWE Superstar Palmer Canon was “not a good fit” for the company.

During the conversation with Conrad Thompson, the WWE’s Executive Director was asked about reports that Canon’s decision to quit came following a confrontation with JBL. Bruce told listeners:

“He was brought in, was not a good fit,” Prichard said. “JBL gets a lot of heat and gets blamed for a lot of things, maybe just because he’s the loudest, but John was not the only one who had issues with Mr. Canon. And, again, it just isn’t a fit.”

Bruce continued to talk about the former “network executive”, and explained why WWE officials felt Canon had the right appearance and personality for the role. Prichard said:

“The whole Palmer Canon thing was this guy looked like a network executive,” he said. “That’s how he got the gig. He was a guy that was in developmental and looked like, ‘Ah, I can see him in a boardroom of a network,’ so that’s why he was chosen. He had a look. Coming in, we figured we could teach him what he lacked in the working department inside the ring, and his personality was dry, kind of that of a network executive as well.”

Palmer Canon last wrestled for WWE on the January 6th, 2005 edition of Smackdown, under the moniker Brian Black. He lost to Kurt Angle in 26 seconds.

Bruce Prichard On Palmer Canon: “Not A Good Fit”