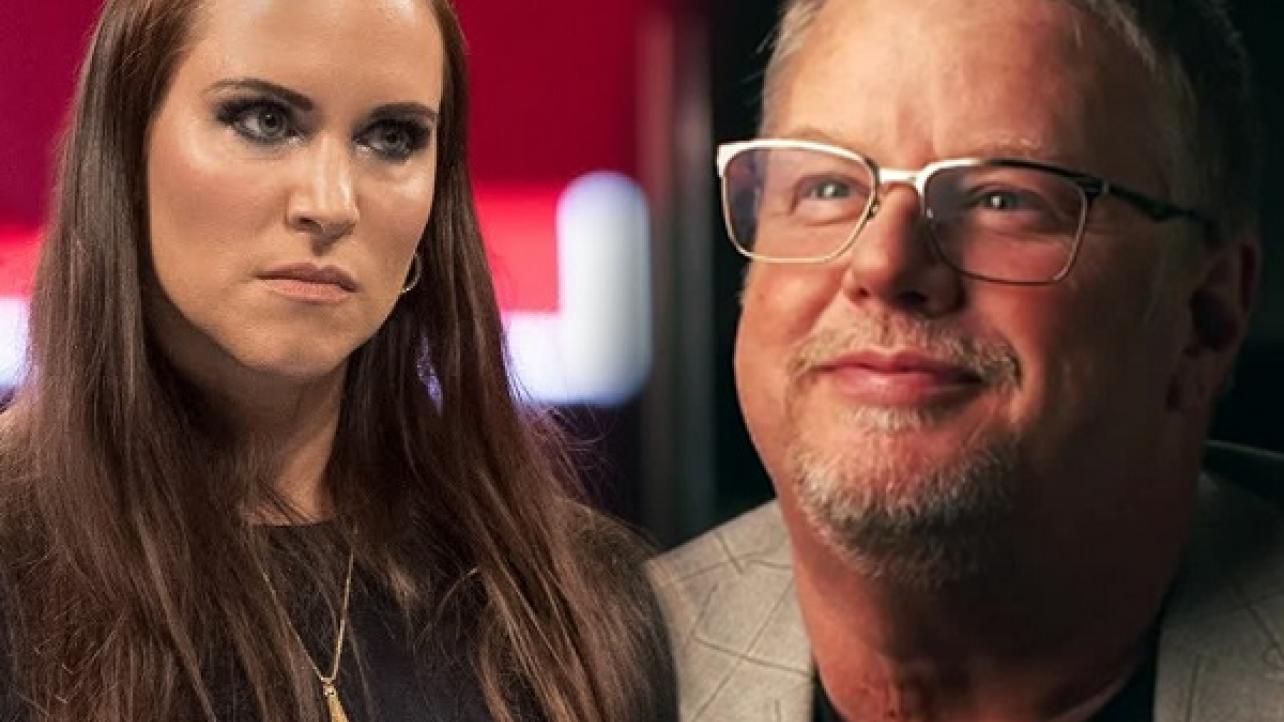 Bruce Prichard On Rumors Of Having An Affair With Stephanie McMahon

On the latest edition of his podcast, “Something To Wrestle With,” the recently re-hired “Senior Vice President” of the WWE creative team, Bruce Prichard, spoke about rumors of him having an affair with Stephanie McMahon, where they originated from and more. Featured below are some of the highlights.

On rumors that something happened between he and Stephanie McMahon after Jerry Lawler’s cryptic comments in an interview about the subject during his brief hiatus from WWE in 2001: “No it didn’t. Not at all. Again it was Jerry Lawler in a desperate place. I think he was saying things to hurt people and stir sh*t and he accomplished that. When that affects me personally at home and…obviously, not true. The innuendo was that I had an affair with Stephanie – not true. Never in any way shape or form. She was my boss. Unnecessary, mean-spirited and bad judgment on his part. To me, your f*cking with people’s family. Hunter and Stephanie were together and I’m married with kids and a mother-in-law, who for whatever reason, would scan and search my name from time-to-time.

On his thoughts when he first heard that Jerry Lawler made those comments: “Immediately you don’t think of the ramifications of it. You don’t think about how it affects all these other people. It’s just not cool. Not cool at all.”

Check out more from the latest episode of “Something To Wrestle With” featuring Bruce Prichard below.

Bruce Prichard On Rumors Of Having An Affair With Stephanie McMahon