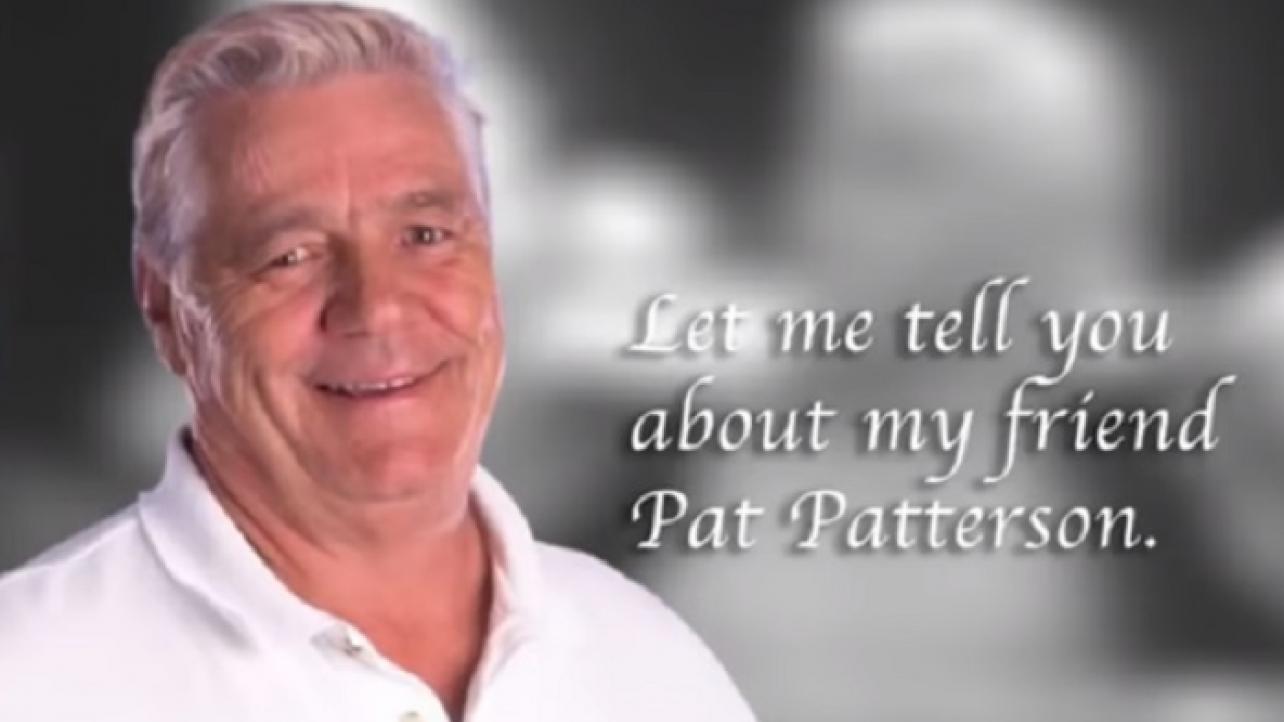 Add Bruce Prichard to the growing list of pro wrestling legends and personalities who have shared memories and stories about the late, great Pat Patterson over the past week.

As noted, the WWE Hall Of Fame legend credited as the first WWE Intercontinental Champion passed away at age 79 on December 2, 2020 at a hospital in Miami, Florida due to liver failure caused by a blood clot.

Since his passing, many WWE legends and performers have taken to social media, and/or spoken out in interviews and on podcasts about their memories and thoughts regarding arguably one of the most influential figures in the history of WWE and pro wrestling in general.

On the latest installment of his weekly podcast, “Something To Wrestle”, the fellow longtime behind-the-scenes executive for WWE and one-time on-air performer known as “Brother Love” spoke about the most important thing he learned from Pat Patterson.

Featured below is an excerpt from the episode of “Something To Wrestle” where Bruce Prichard shares the story about the late, great Pat Patterson.

“Two words – what if? Instead of telling the boss, ‘Goddamn that idea just sucks, it’s fucking stupid’ – he taught me how to approach it from the viewpoint of if you disagree with it, come up with an alternative and present it as a ‘What if?’ and not, ‘Your idea sucks, mine’s better.’ If your idea has merit, what if we tried this? That applies in every wake of life. Pat taught me to love people for who they are and not stereotypes and what other people think. I have the utmost respect and love for that man that I could only hope that every one of you listening has someone in your life like a Pat Patterson. He was a genius. He was the best friend you could ever ask for. Always there to listen, you always knew where he stood.

“I love him, and he’s gonna be missed. This has been one of the worst weeks of my life. Losing someone in your life is always hard, but losing someone that is a part of your life and a part of you is even harder, and Pat was so much a part of me. Gerald Brisco and I were talking last night, and he was so much more than somebody we worked with. In this business, you have so many acquaintances and so many people you know, but you have very few true friends. Pat Patterson, my friend, I love you…….Vince and I all week, we’d all avoid the subject and just tell stories. And some of those I’ve told today, I’m just sad I won’t have anymore. But I’m thankful and grateful for the years I got to spend and be with him.”

Check out the complete episode of “Something To Wrestle” with Bruce Prichard reflecting on his longtime friend Pat Patterson by visiting Megaphone.fm.

Additionally, featured below are some recent episodes and videos from the show’s official YouTube channel where Bruce Prichard talks even more about Pat Patterson.

As promised, join us as we take you on a very special journey of Pat Patterson’s appearances at @StarrcastEvents and our live shows!
This is the very best of our dear friend Pat Patterson.

— Something to Wrestle with Bruce Prichard (@PrichardShow) December 7, 2020

REACTION: SOMETHING TO WRESTLE WITH BRUCE PRICHARD (BEST OF PAT PATTERSON)