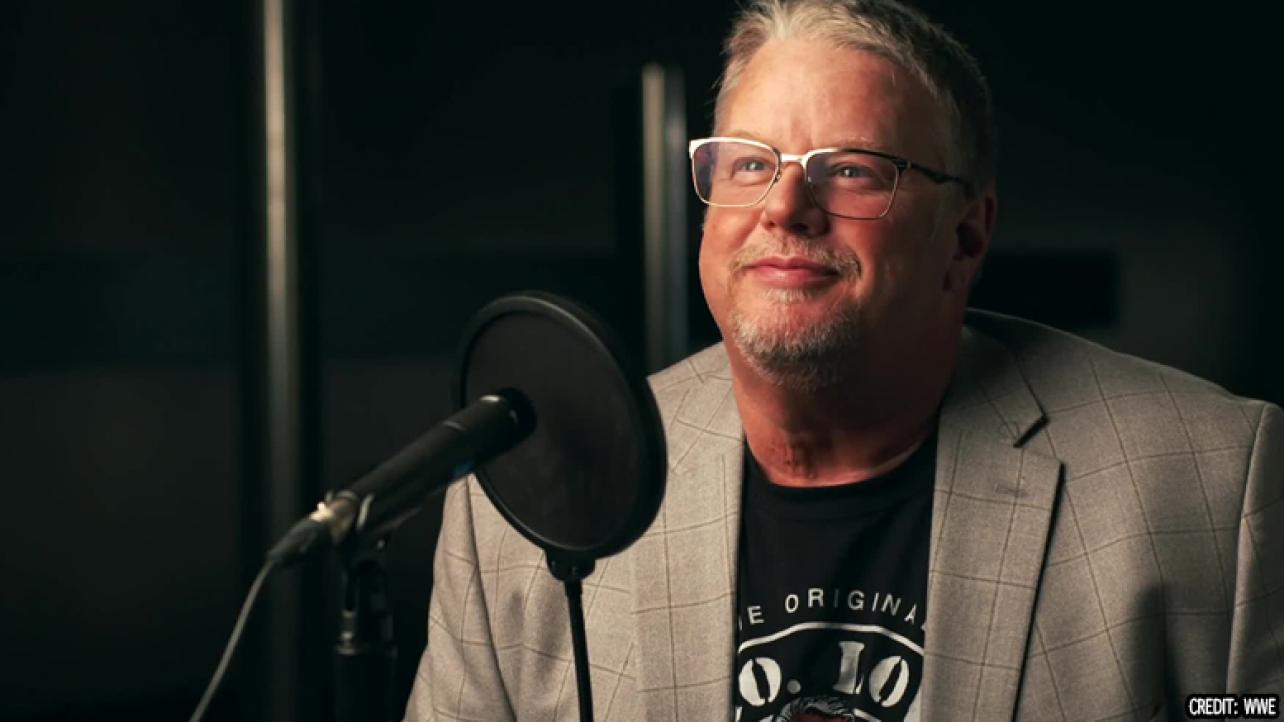 Previously on Something To Wrestle Bruce Prichard and Conrad Thompson discussed a number of topics. During the podcast, Bruce talked about Vince McMahon’s days at the announce desk. Bruce shared his thoughts on Vince’s play-by-play announcing skills, and said:

“Vince was terrible. Vince never called shit. Vince just used cliches and would take you on a ride. However, emotion-wise, I think you would be hard-pressed to find anybody that could match the emotional roller coaster that Vince would take you on. Sometimes it was hyped up a little bit over the top, but there were a lot of Vinceisms back in the day. And I don’t think Vince ever fancied himself as a great play-by-play guy……in the beginning, without a doubt it was out of necessity because his dad’s play-by-play man just walked off the job one day. So, that was why Vince had to do that job, never having done it before. Later on, he was the face that had done it so long that he continued to do it. When I came in 1987, there was always a search for the right play-by-play guy. He didn’t want to do it. He wanted to find the right guy to come in and do play-by-play.”

Bruce also spoke about choosing Shawn Michaels as the face of the company over Brett Hart, and revealed an interesting name that was discussed beforehand. Bruce mentioned:

“There was discussion about Tito. I wonder, had we had our backs against the wall, whether or not we would have just said, ‘Let’s go with Shawn.’ Shawn was creeping up there, and we might have gone with Shawn at that time had we not gone with Bret.”

Bruce also revealed the current AEW star, and WWE Hall of Famer Sting was contacted about signing with WWE many moons ago. Prichard told listeners:

“We had talks in 1988. We had talks at different times about, ‘Hey Steve, would you be interested in coming over?’ They just never got further than talks, and they never really materialized beyond that. At the same time, we had Warrior, and I believe that Vince looked at it as, ‘Well, I’ve got Warrior. What do I need another Warrior for?’ And I think Sting kind of looked at it like that – ‘Warrior’s doing our gimmick up there, I’ll do it down here.’ There was a comfort with WCW and Sting.”