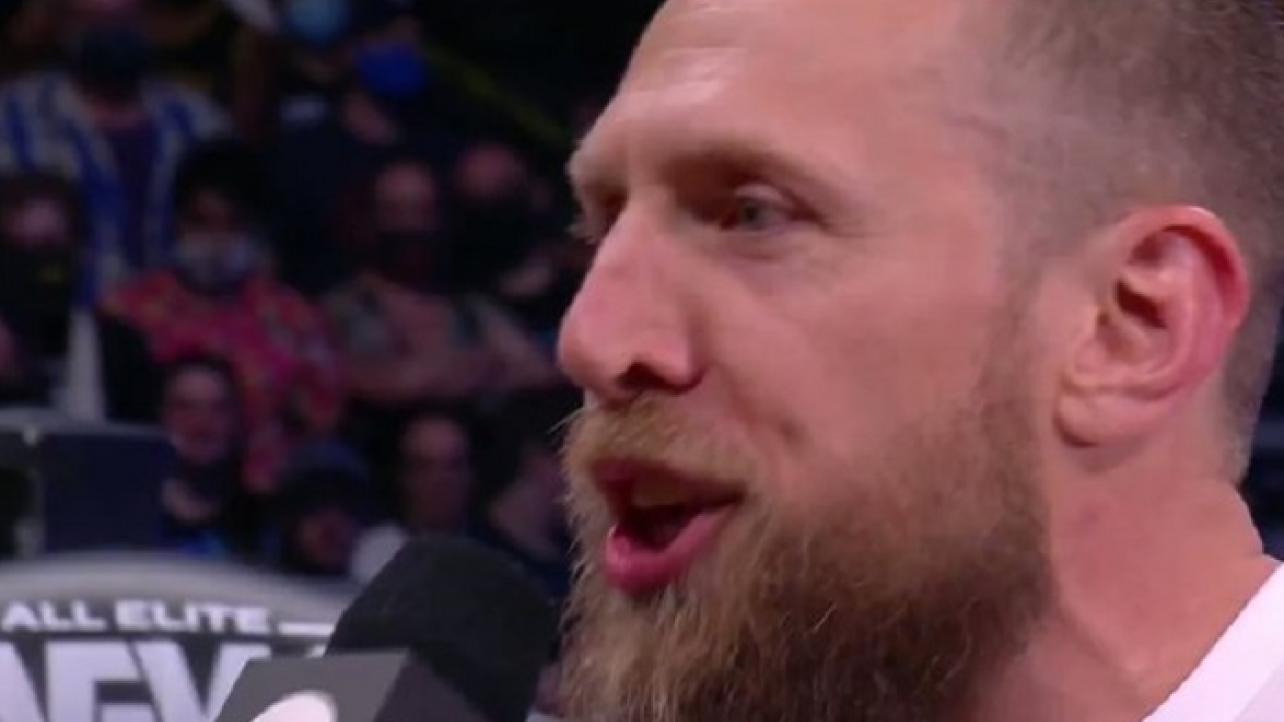 A huge price tag is the reason All Elite Wrestling passed on “The Final Countdown” for the theme song for Bryan Danielson.

The AEW star recently spoke with Bleacher Report to promote his showdown against AEW Champion Kenny Omega at the AEW Grand Slam special this week on TNT.

“Tony and I talked about a couple of things. We had talked about ‘The Final Countdown,’ but that was way too expensive,” he said. “I hate talking business stuff when I don’t exactly know what it was, but it wasn’t just the amount of money. They would only let [AEW] play it like 20 times a year or something like that. For several $100,000 you can play ‘Final Countdown’ 20 times a year. That doesn’t work for us.”

“I had kind of wanted something a bit different, so I reached out to my friend, Elliott Taylor, and said ‘Hey, here’s an idea. But I don’t know if it’s any good. Could you do something like this?’ He dropped everything. I think he’s done 72 hours in the studio and made the song that I come out to now, which I think he’s also going to do a full-length release because it actually has like two chorus lyrics,” Bryan said. “I really, really liked it. And it also incorporates a chant that people would do when I was on the independents. I kind of wanted to get it in there. I would love for people to start chanting it again.”