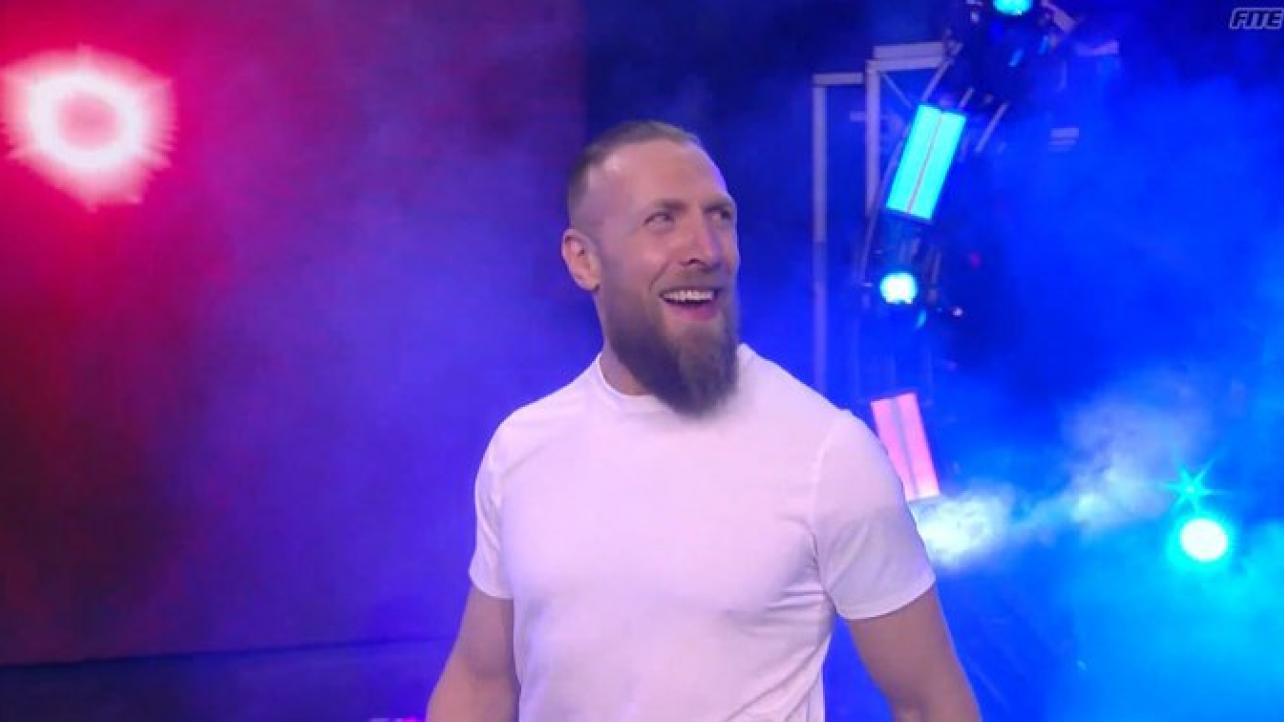 Bryan Danielson Talks Politics In WWE, How Things Are Different In AEW & More

Bryan Danielson recently spoke with the Bleacher Report to promote his match against Kenny Omega at the AEW Grand Slam special event at Arthur Ashe Stadium in Queens, New York this week.

Ahead of the match, the new addition to the AEW roster spoke with Chris Mueller for an in-depth interview, during which he spoke about the politics behind-the-scenes in WWE and how things are different in AEW, seeking advice from young talent in the company such as Hook and Dante Martin, and more.

On the politics and struggle in WWE and how almost everyone has access to Tony Khan in AEW: “It’s hard for me to say honestly, it’s weird because WWE itself has changed so much in the time that I’ve been there,” Danielson said. “People go in, and I think this happens in every company regardless, and push for ideas that will make them look good. And so everybody does that. So I think more of the politics, the struggle in WWE is that the system is so big that it’s hard to get access to the people you need to get access to, to get anything to change.

“One of the wonderful things about AEW is that almost everybody has access to Tony [Khan]. He’s very friendly and very approachable. It’s not just me, it’s people lower on the card who will go up and talk to Tony. It’s a very open-source system. And as the company gets bigger, that might actually not be functional. One thing I will say is that I feel like the locker room is more upbeat at AEW.”

On seeking advice from young talent in AEW, such as Hook and Dante Martin, to find out what is cool these days: “I’ve only been there a couple of weeks, but I love chatting with Dante Martin and Hook,” Danielson said. “And I keep asking them if I look cool or not because I’m 40 and I’m not cool. And it’s just different. I’ve never met a lot of the people in AEW. I’ve known some for years from the indies before, but the other guys I’ve never met before.

“So there’s this fun mix of younger people. You’ve got the real veterans like Big Show [Paul Wight], Mark Henry and Christian. And then you have people like MJF, who would never normally pile on Big Show, but it feels like if I start giving Big Show a bit of crap, and he feels like ‘OK, I can maybe make a joke here.’ And I think that’s a fun dynamic. And I also think that’s the best dynamic for learning as a wrestler who has been in this for over 20 years, now for 21 years.”

Bryan Danielson Talks Politics In WWE, How Things Are Different In AEW & More