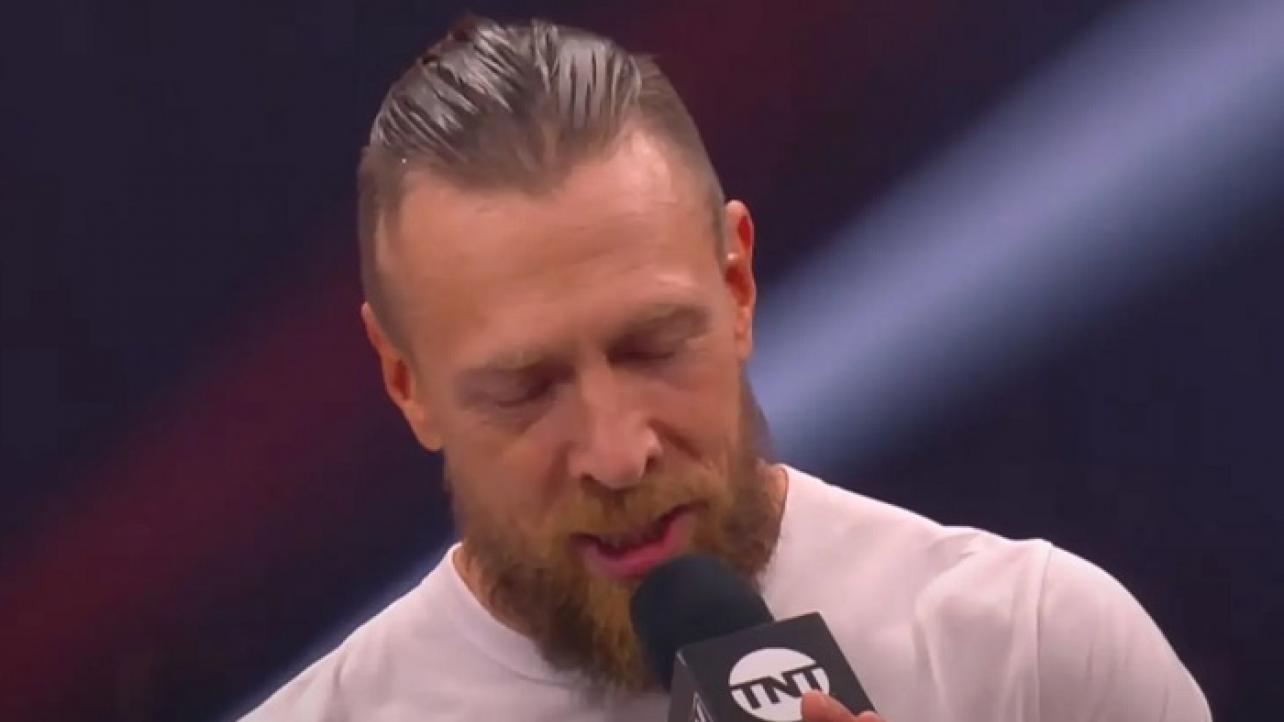 Bryan Danielson spoke with Dallas News ahead of tonight’s AEW Winter Is Coming special event, where he squares off against “Hangman” Adam Page with the AEW World Championship on-the-line.

On what he is expecting in tonight’s title showdown against “Hangman” Adam Page: “I’m expecting a fight. It’s interesting. Because coming to AEW, there were a lot of unknowns for me because so many of the talent are new and young, and I never met them before going to WWE. I’ve never wrestled ‘Hangman’ Page. I’ve never been in the ring with him other than the last couple weeks where we’ve scrapped for maybe 20 seconds at most, you know what I mean? So, that’s always interesting with somebody completely new. But I expect it to be a fight, and I’m – I don’t know – because I know [his style], right, and I try not to be cocky when I say that [laughs], I like to drag guys into deep waters and see what they’ve got.”

On the big moments he’s had in AEW such as his Grand Slam match against Kenny Omega and how they compare to his WWE moments such as WrestleMania: “This is my perspective on it – other people may feel differently. But to me, the perspective is always different based on where you’re at in your life. The WrestleMania settings for me, like WrestleMania 35 when I lost to Kofi Kingston – that was pure joy. I had just been cleared to wrestle the year before, it was a lot of fun. WrestleMania 30, which is what most people associate me with, I have a little bit of a harder time with because I was in a ton of pain with my neck and shoulder, barely sleeping, and then my dad passed away and all that kind of stuff – Brie and I got married like six days after. So, there’s like a lot of ups and downs that has a lot of like weird feelings to me. It’s funny looking back on it now, but I had just won the title at WrestleMania 30 and I’m exhausted and I’m tired and all that kind of stuff, but I feel great, right? And then I’m holding up the belts and the camera guys keep telling me ‘Keep Yes-ing, keep Yes-ing.’ And I’m like, I can barely lift my arm and I’m holding these two titles. To me, the match with Kenny Omega, the difference was that was just pure joy. Being able to feel and experience an incredible moment. And also as I’ve matured, I’ve been able to enjoy wrestling more, especially since I’ve come back from my retirement. Progressively, the last several years, it’s been every time I wrestle it feels just kind of like a blessing. You never know when this is going to be taken away, so I tend to enjoy those moments just a little bit more.”