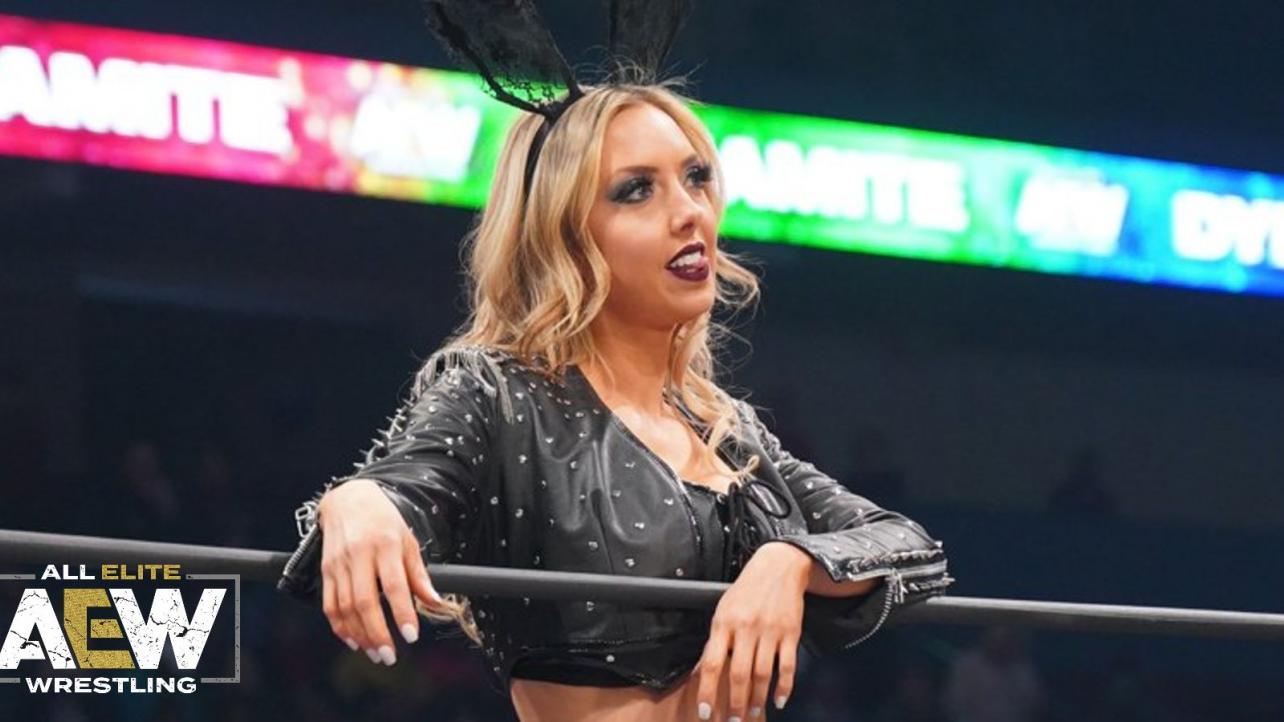 The Bunny On Learning From Maria Kanellis, More

Earlier this week, AEW women’s division talent The Bunny appeared on AEW Unrestricted, and discussed a number of topics.

During her conversation with host Aubrey Edwards, The Bunny shared a few things that she learned from Maria Kanellis, back when both were in Impact. The Bunny, who was known as Allie in Impact Wrestling, also spoke about the way she deals with mental health issues. Check out her comments below.

On learning from Maria Kanellis in Impact Wrestling:

“When I first came into Impact, actually, Jesse [The Blade] and I signed our contracts on the same day. It was really cool for me, obviously, because it was my first television contract, but I was so happy for him. At that point, he’d been working for 10 years. I cried for myself, but I cried for him. I was just like, yes, yes, show them, show everybody how good you are. So, it was really cool, and then when I went and I got to work alongside Maria Kanellis, I learned so so much from her. She was so giving, and so helpful and gave me a lot of encouragement when it came to talking because up to that point, I hadn’t really talked a lot. I hadn’t cut a lot of promos. I hadn’t done anything like pre-tapes, no acting, none of that stuff… So, I was just kind of thrust into this position where I got to learn alongside her, and then I started talking a lot more. My time in Impact taught me how to build a character and how to embody a character. I learned a lot while I was there, and to be honest with you, working on television is very different than working on the indies. It’s just a different dynamic. It’s learning how to work the cameras. That’s a big thing that you don’t really learn on the indies very much, even if you’re doing iPPVs, it’s just a whole other ballgame. Keeping to your times, understanding your entrance, all of those things that you don’t think about when you work the indies, I learned while I was in Impact.”

On the way she handles her own mental health issues:

“First and foremost, I journal every day. I write out what I’m grateful for, and I write out affirmations. Before every single match, I’m usually pacing right by the curtain. But what people don’t know is that I’m actually saying affirmations out loud. ‘I’m confident. I’m a good wrestler. I’m good at what I do.’ I usually say those over and over again because I have a lot of anxiety, which I try to be pretty open about, because the more we talk about it, the less stigmatized it will be. The more we talk about mental health issues, the less people will be afraid to talk about it too. I have anxiety and depression that I’ve dealt with pretty much my whole life, but coming into AEW, I went through a period of imposter syndrome to the point where I physically couldn’t wrestle. It’s weird to talk about it because I think it’s somewhat embarrassing, but it’s important to talk about it because it’s honest… I was struggling to wrestle. I felt like I didn’t know what I was doing. I found myself a really good therapist, and I feel very blessed that I can now afford to go to a therapist. I do positive affirmations before every single match, and I can say wholeheartedly over the last six months that I’ve really felt better. I don’t let anxiety take control of me anymore, but it’s a daily thing. It’s not something where I woke up one morning and I’m like, ‘I feel better.’ It’s every single day that I work on myself. That’s typically how it is with mental health issues. It’s something you have to live with and work through. Hopefully, people that are listening, if you are struggling at all, make sure you find someone you can trust and talk to, and don’t suffer alone. Definitely find somebody you can talk to. It’s nothing to be ashamed of at all.”

The Bunny On Learning From Maria Kanellis, More