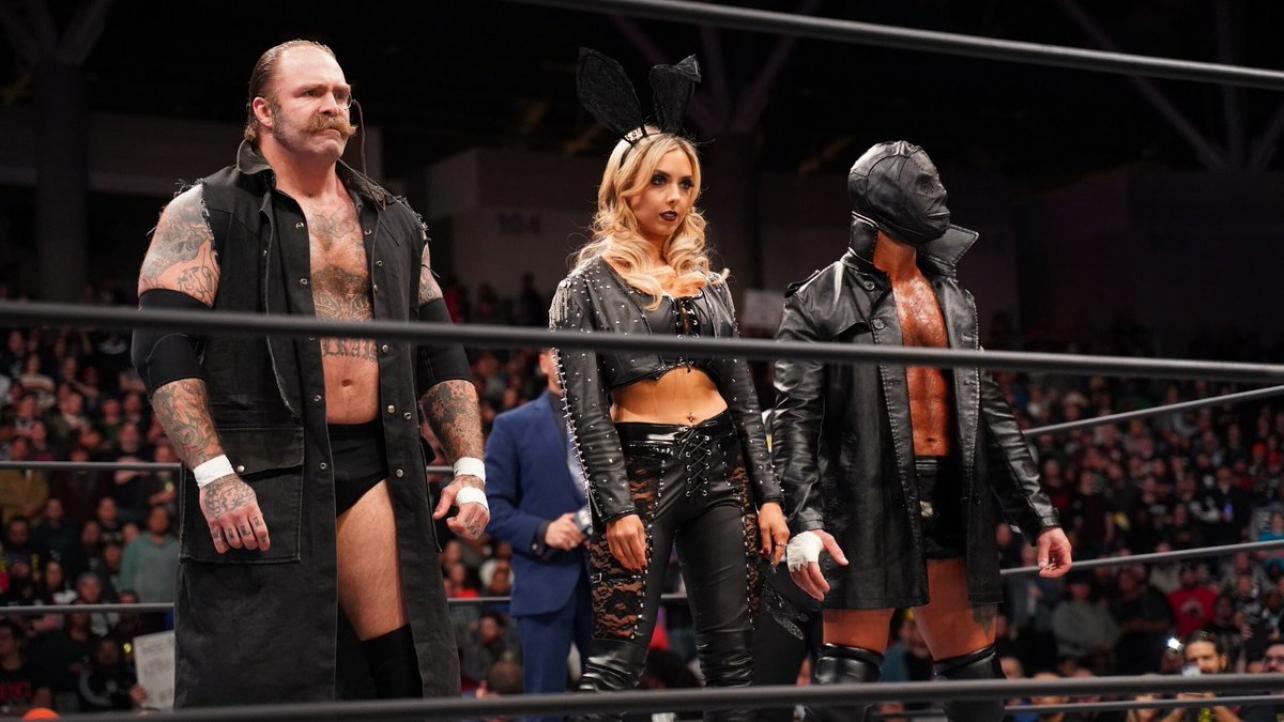 The Bunny On Working With The Blade, Her AEW Debut, More

In her recent appearance on the AEW Unrestricted podcast, AEW talent The Bunny shared a few memories from her AEW debut. The AEW women’s division star also shared a few thoughts on working with her husband, The Blade, and more. Check out her comments below.

The Bunny on her first match in All Elite Wrestling:

“That was also unexpected. I was actually in line at Target buying Oreos, shocking, I know, and I got the call. And it was like, ‘Can you be available to wrestle on Fyter Fest?’ And I think it was a couple of days, maybe two days, and I remember I was holding the Oreos in my hands and I was like, yeah, OK, I think I’ll just put these down. I was given the opportunity, and I remember just feeling so happy and excited to walk out during my entrance and see all the fans. It was one of the coolest experiences ever, and I really felt, at that moment, I was now officially part of AEW because leading up to that, it’s like that thing where you know that you work there but you haven’t really had a full taste of it yet. And then once I actually walked out and I felt the crowd, what a high. I rode a wave. I was so happy.”

On working with The Blade, and being there for his AEW debut:

“Well, I guess first and foremost, working with my husband and not only working with him but being in the moment where he got to debut at AEW, was probably one of the highlights of my entire career. It was very emotional for myself for Andy, Butch, and for [The Blade]. I felt very, very lucky because I know how hard he’s worked to get to this point. I mean, he’s been in the business for 20 years, just to be able to crawl out of a ring and stand side by side with him was, man, that was so cool. I’m getting emotional just talking about it because I was so proud. I was so proud of him. I was like, yes, you deserve this. I was happy for me, obviously, but it was more like, nah, this is your moment, and I just want you to soak it up. So, that was really cool. And I love working with him, and I love working with Andy and I feel very lucky because I’ve got my husband and one of my best friends with me, so it’s pretty cool.”

On switching gimmicks from Allie to The Bunny:

“In terms of reinventing my character, I felt like having my hair cut off was a bit of a breaking point for the character Allie and also for myself. Coming into AEW, I was going through a really hard time, and I felt really directionless in my life in general. When I was able to reinvent myself as The Bunny, I got to take all that energy and all of those things that I was going through and inject them into the character, which I think helps make her more authentic because it was coming from a real place. I needed change. I desperately needed change, and I feel like The Bunny – I guess she’s a little crazy sometimes, but she’s crazy for a reason. She’s crazy for a reason, and I felt like creatively, it helped me express some of those feelings I had. And I felt like it was time. I had been this super bubbly, happy persona, and it was time to switch it over. It was time to show a different side of myself as a Bunny.”

On the inspiration behind her new character:

“The Bunny is kind of a combination of a lot of different things. I love horror movies. It’s my favorite genre, and I like to draw things out of characters that I’ve seen and kind of take little pieces of that. One of my inspirations for The Bunny is a character from House of 1000 Corpses and The Devil’s Rejects. There’s a character called Baby, so I drew a little inspiration from her. I drew some inspiration from another TV show that I love called The Vampire Diaries. There’s a character named Katherine. She’s a very interesting character. I took some from that. The movie The Strangers, I took some from that, but then also, I took a lot, believe it or not, from my own experience in my own life. I kind of took all of that and threw it into The Bunny because when you’re a character, there has to be some authenticity there. There has to be some real life there or it’s going to come across as completely fake. So, I feel you have to draw from your own experiences a little bit, even if those are amplified, even if those are over the top, to make your character work. So, I draw a lot from real life into The Bunny.”

The Bunny On Working With The Blade, Her AEW Debut, More