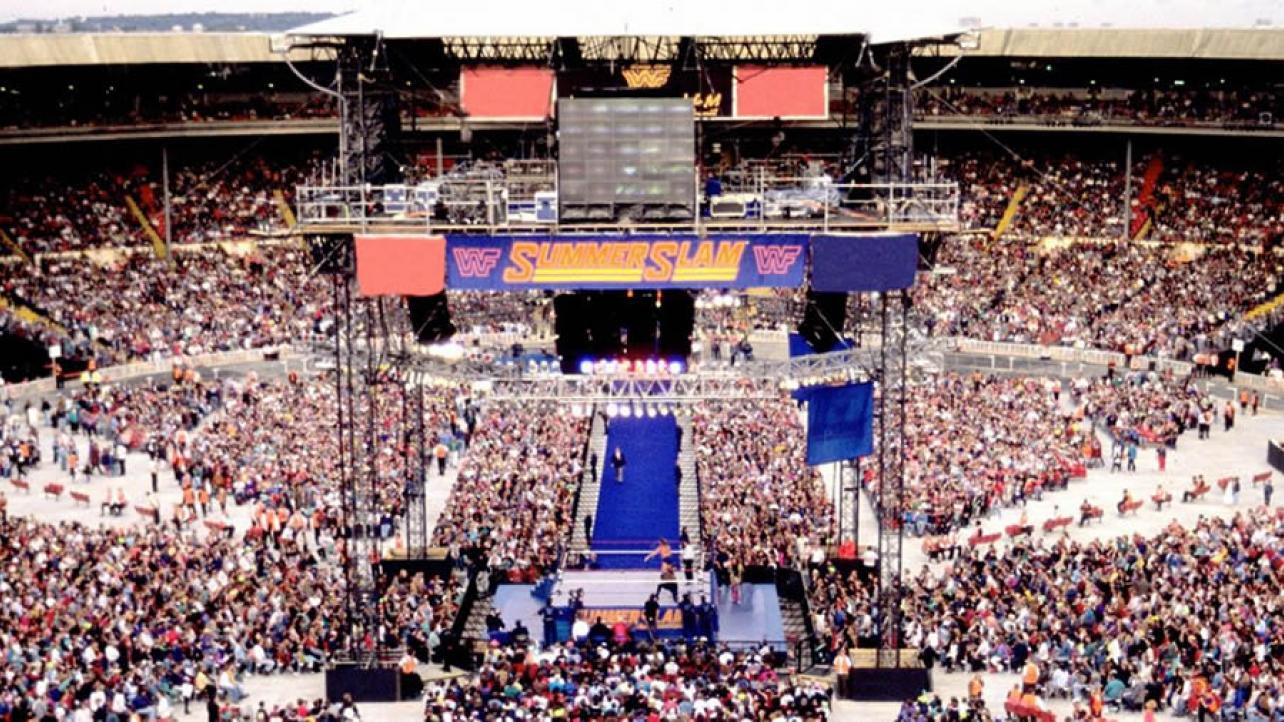 WWE Hall of Fame tag team The Bushwackers recently interviewed with WrestleZone, ahead of their recently announced comeback tour. Bushwacker Luke spoke about some of the biggest stars the duo wrestled against, and mentioned:

Before joining the then WWF, The Bushwackers were known as a team by the name of The Sheepherders. Luke remembered some of the biggest matches the team competed in, listing:

Bushwacker Butch added to his partners previous comments, and spoke specifically about the 1992 Summerslam event. One-half of the Professional Wrestling Hall of Fame tag team told the site:

“Definitely, the favorite WWE match was at Wembley Stadium, SummerSlam [1992] in London, [with] 96,000-plus people jammed into Wembley Stadium. The biggest crowd they’ve ever had because they had ringside so that gave them extra people as well, you see. And we opened up the show and it was a six-man tag, and Vince says ‘I’m opening up the show with you guys and Hacksaw Jim Duggan. I want you to blow this roof off,’ even though there’s no roof. So there’s Luke, myself, the Bushwackers, Hacksaw Jim Duggan, against the Nasty Boys and Jacques Rougeau, The Mountie. And so when the music goes on and they said, and from New Zealand, with a combined weight blah blah blah, Luke and Butch, the Bushwhackers, and when we started pumping the arms and then Duggan’s coming out and Duggan’s coming out behind us with the flag and the 4×2, the noise was absolutely deafening”.

The WWE legend continued to talk about the Summerslam match, and shared his memories of the crowds reaction to the match. Bushwacker Butch explained:

“There was 96,000 people waving their arms up and down, up and down. Nearly 200,000 arms, if you want to count that way. And then with Duggan there as well, they got louder and louder. Then we all got into the ring. When we got into the ring, we couldn’t even hear each other talk, that was a waste of time. So Duggan put his head down. we have Duggan a double head rub, Bushwhacker style. Luke and I put our heads down, Duggan gave us a head rub, a hand each on our heads. Then we we pointed to one rope. We all marched, including Hacksaw Jim Duggan. We all marched Bushwhacker style to the edge of the rope. And I went “Woahhh!” And Luke went, “Yeahhh!” And then Jim Duggan, he goes “Hoooo.” We did that from corner to corner to corner, from rope to rope to rope. We coulda still been doing that now…I’ve never heard noise like that in all my life because of the volume and the atmosphere. They managed to maintain most of that noise throughout that whole SummerSlam. Because we’d set it off at such a high velocity and Hacksaw was really, he was the single, the Bushwhackers were the tag, he was a bit out there, a bit crazy, a bit off the wall and they had the same or similar love for Hacksaw as they had for us. So it was absolutely fantastic, and we were always great mates and we’ve been great mates ever since. But that made our hairs go up on our arms. That was just incredible. Words can never really say how we actually felt from being out there that particular night. Absolutely amazing.”