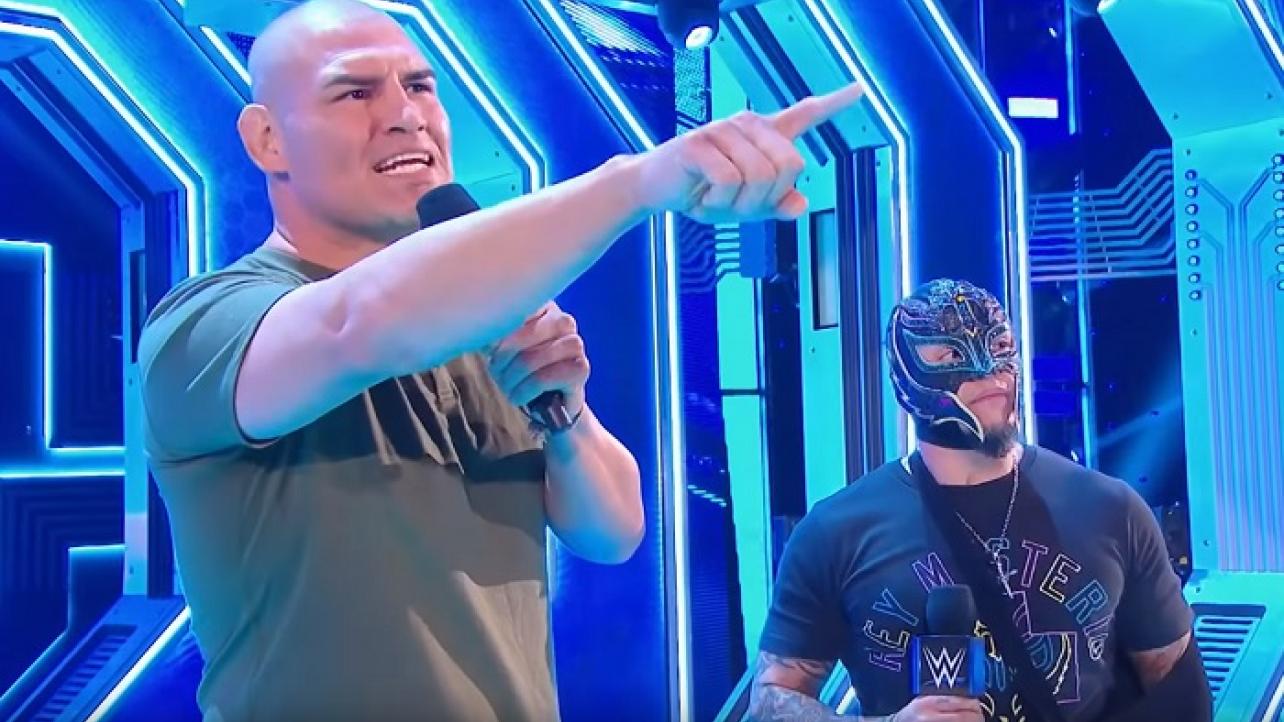 Apparently knee injuries are already going to prevent the injury-prone Cain Velasquez from furthering his cause in the world of WWE following his in-ring debut at the WWE Crown Jewel pay-per-view in Riyadh, Saudi Arabia earlier this week.

The Wrestling Observer Newsletter at F4WOnline.com is reporting that Velasquez’s knee is in worse shape than expected and that he likely needs surgery.

He was unable to do much of anything in the match against Brock Lesnar at Crown Jewel and despite signing Velasquez to a multi-year lucrative contract, it’s likely that no one in WWE is going to really care about him at all moving forward.

The original plan for the match was for a Paul Heyman style match with big moves like Lesnar had with Bill Goldberg but with the knee situation, it had to be changed into the short MMA-type fight instead.

We will keep you posted right here at eWrestling.com on the WWE status of Cain Velasquez as more information surfaces!