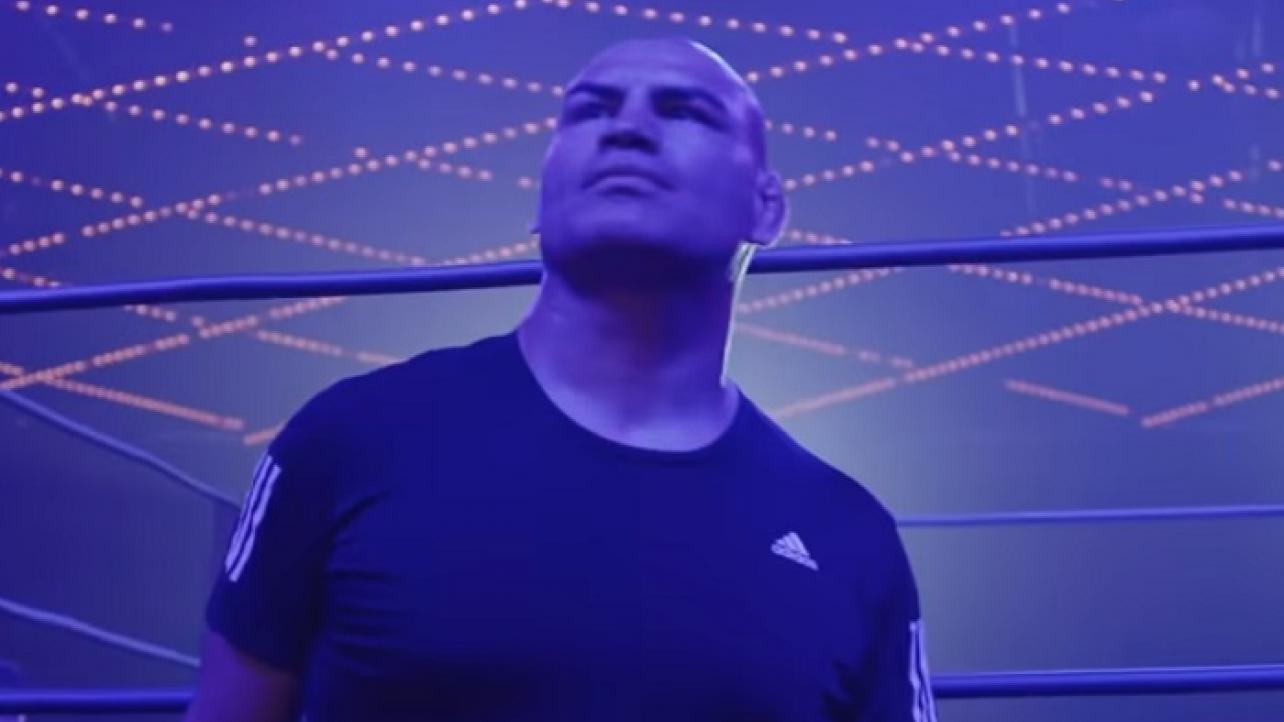 Uht-oh, it looks like a former UFC Heavyweight Champion and recent AAA Lucha Libre competitor could be WWE-bound.

According to the Wrestling Observer Newsletter, WWE recently took a meeting with former UFC star turned pro wrestler Cain Velasquez, who made his in-ring debut at AAA’s August 3rd TripleMania XXVII pay per view in Mexico.

Reports are that Velasquez will also be checking-in with the likes of NJPW and AEW, but no final decision has been made.

He did have a work-out session at the WWE Performance Center back in 2018, but told ESPN’s Ariel Helwani that he was interested in what AEW was doing.

Velasquez also partnered with AEW Superstar and VP Cody Rhodes at TripleMania, where his team picked up the victory.

He is still currently under contract with UFC.

Stay tuned to us here at eWrestling.com as we provide updates on any information related to former UFC Heavyweight Champion Cain Velasquez possibly signing with WWE.

In related news, the official UFC YouTube channel has released an in-depth behind-the-scenes look at Cain Velasquez’s recent performance at the AAA Invading NY event at the Hulu Theater at MSG.

Check out that complete 10-minute video below.