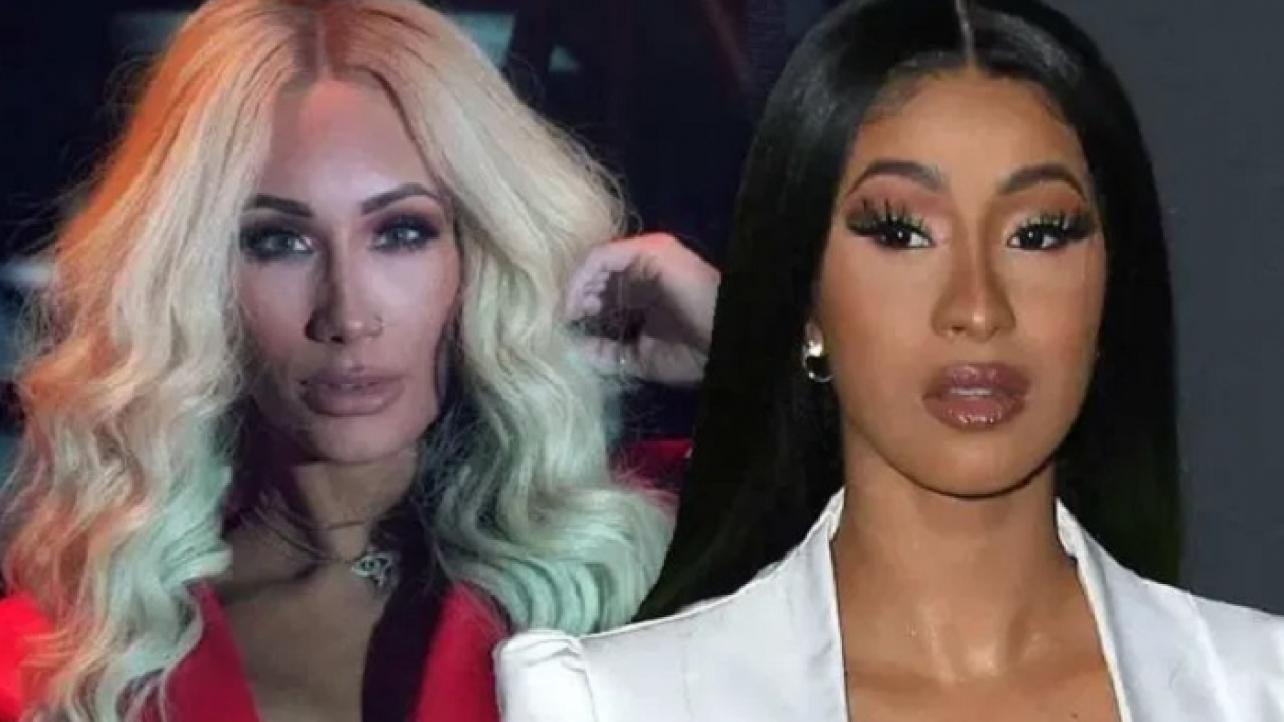 Cardi B. Shows Off Her Extensive WWE Knowledge, Carmella Responds And Suggests A Collab Rap Song

Carmella and Cardi B. could be putting together a hit single coming to a download store near you!

The WWE Superstar took to social media to respond to praise sent her way from the popular hip-hop star, who went viral on Twitter on Monday night during the WWE Raw Legends Night special episode on the USA Network.

The rap star would go on to release a series of tweets showing off her apparent extensive knowledge of the pro wrestling business.

On Tuesday morning, Carmella took to her Twitter page to comment on Cardi B.’s tweets about her, putting out the offer to collaborate on potential new entrance music for the WWE performer.

Check out Carmella’s response to Cardi B. via the tweet embedded below.

I told y’all @iamcardib is my girl… love you! let’s collab on my new entrance music https://t.co/h6CAk4wDmm

Cardi B. Shows Off Her Extensive WWE Knowledge, Carmella Responds And Suggests A Collab Rap Song