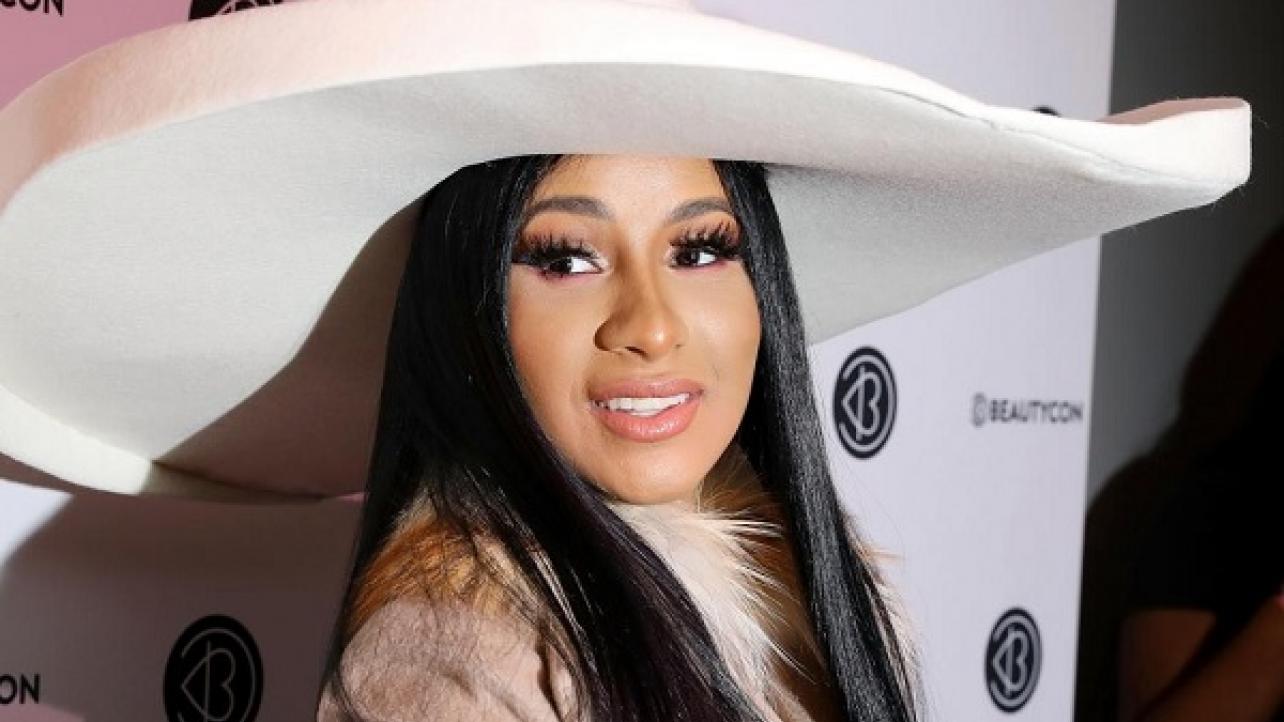 Cardi B is a big WWE fan.

The hip-hop star took to social media recently where she quoted late WWE Hall Of Famer Eddie Guerrero’s catchphrase, “I lie. I cheat. I steal.” in a tweet posted on her official Twitter page (@iamcardib), which has over six-million followers.

She was questioned about her fandom for WWE and in her many responses, the mega-star made it clear that she is a longtime super-fan.

“I used to watch wrestling, my [favorites] are Booker T, Batista, Eddie [Guerrero],Triple H, Edge [and] Lita,” wrote Cardi B., who also named The Brothers of Destruction (The Undertaker and Kane) as other favorites of hers.

WWE.com released the following story on Cardi B.’s recent talk about the company:

Cardi B is a card-carrying WWE Universe member

What does Cardi B say when someone asks her about WWE? “I like it.”

The hip-hop megastar has been eagerly showing off her WWE fandom in recent weeks, first dropping Eddie Guerrero’s “I lie. I cheat. I steal.” catchphrase after one Twitter user suggested that it looked like she was rapping in the General Manager’s office from classic WWE video game, “SmackDown vs. Raw.” That then led to questioning over how deep Cardi’s WWE fanhood went, and the star revealed that she was a big fan of Eddie, Booker T, Batista, Triple H, Edge, Lita and The Brothers of Destruction.

Yes how can I forget the undertaker and Kane https://t.co/FU25gUNWbF

I can dig that! Appreciate the love.

Kween!! I wore this gear last night on #SDLive! It’s inspired by your Invasion of Privacy album cover! pic.twitter.com/6bNDCGLOXp

Oh, you didn’t know? @iamcardib just busted out the fact that she knows exactly how to #SpeakWWE! https://t.co/8qTUIOy3J2