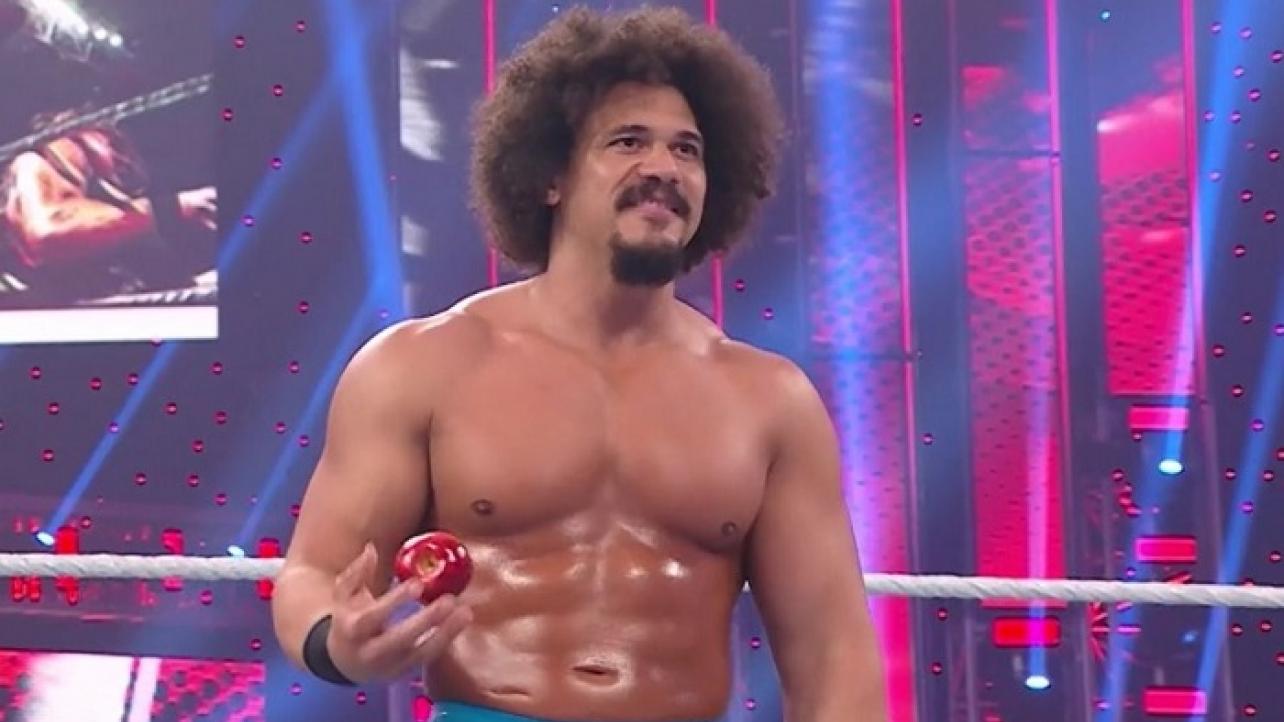 Carlito Caribbean Cool, or simply Carlito, recently sat down for an interview with The Wrestling Inc. Daily, and spoke about his most recent return to WWE, where he competed in the 2021 Royal Rumble, as well as a tag team match on Raw the next night. During the tag team bout, Carlito teamed with Jeff Hardy, and the two came away victorious. Carlito spoke about how he found out the match would happen, saying:

“I found out the night before, right before I got on the airplane. They told me, ‘We’re gonna need you on RAW.’ So it’s like, ‘Alright, we’ll see what happens.’ Luckily, they gave me enough time before I left to make arrangements. Tagging with Jeff was like old times. It felt like the same again. I’m used to tagging Jeff. The new thing was working with the new guys, Elias and Ryker, [who] seem like good talented boys. It was good to get in there with the new guys and at the same time have one of my longtime buddies. Jeff and I, we go way back. To have him by my side was just another great experience to add to the Rumble.”

The man who will “spit in the face of people who don’t wanna be cool” then began to go into the details of his current status with WWE. Carlito has made a few appearances with the company, but hasn’t been a full time performer since his release back in 2010. Carlito explained:

“Right now, I don’t know where I sit. There was never a trial or something to be a producer backstage or something. None of that was ever mentioned to me. All we talked about was the Rumble and RAW, and then after that, who knows? But as of now, I’d love to come back. It’s all in the air right now. I have no idea what’s next for me. I’m open to whatever ideas are out there. As long as it’s a good idea, I don’t mind. I know I’m a little long in the tooth now. What’s the saying? I got more years behind me than ahead of me. I like helping out the new talent and stuff. If somebody’s got a good idea, then I’m happy to hear it.”

The former WWE United States, Intercontinental, and Tag Team Champion also spoke about his future plans. Carlito hopes to be able to help other Latino wrestlers, and explained what he’s hopeful he can do for them, stating:

“Probably just help out the Latino wrestlers and just give them more exposure and just show our culture a little more because there’s huge Latino fan base. I don’t know why promotions haven’t brought me in years ago to be their voice because a lot of these guys probably don’t speak the language. It’s hard to communicate [and] to get yourself over when you can’t speak the language. So I don’t know why anybody hasn’t ever thought of me to be their voice. It’s out there. Those are my ideas mainly to do that at least.”