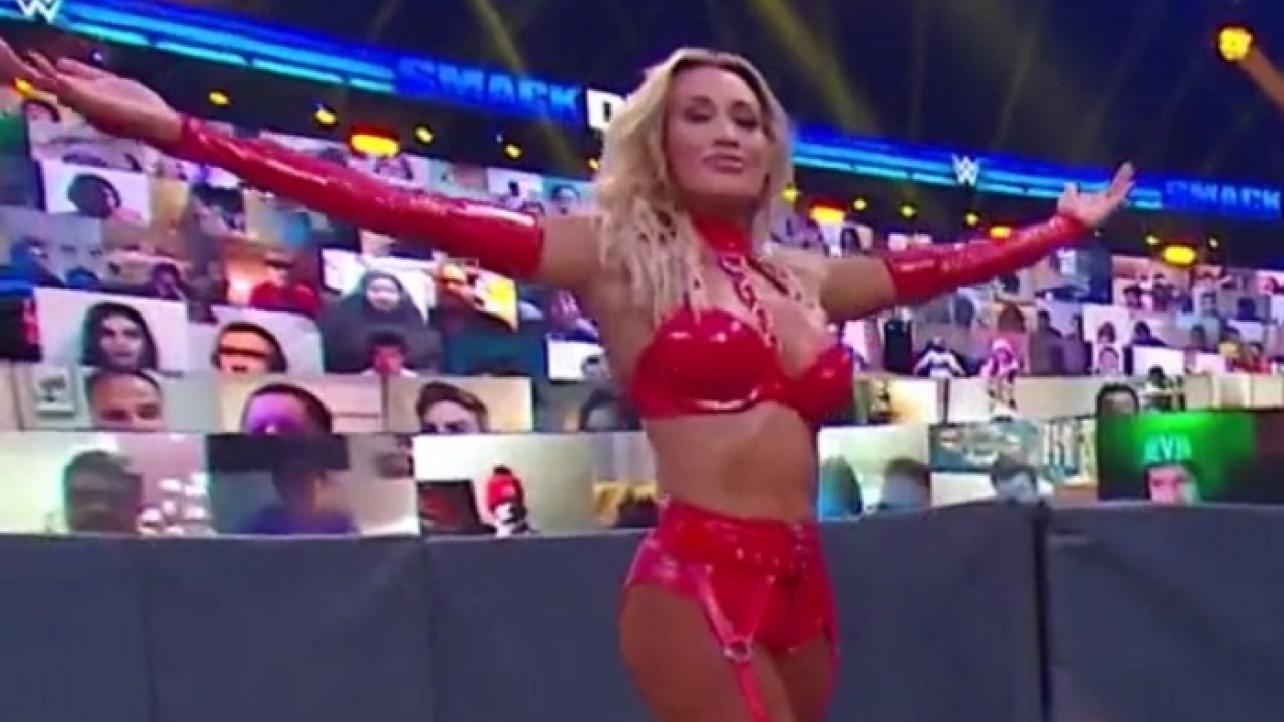 Carmella recently sat down for an in-depth interview with The Bella Twins — Nikki and Brie Bella — on their official show, “The Bellas Podcast.”

During the discussion, the former Ms. Money In The Bank spoke about her belief that WWE still has room to feature their women talent more than they are right now — particularly on the Raw brand.

“I would sit at home and watch RAW, and it would be 10 p.m. before I’d see a woman on the show. And it’s like ‘this is a three hour show. What the hell?!’ Even if I’m just a fan, which I am. Like if I didn’t work at WWE and I’m just sitting at home watching, I want to see the women. That’s why I tune in. Not that I don’t like the guys, but I tune in because I want to see the women. And if I’m waiting till 1o p.m. to see a girl it’s like ‘what the hell?’ That’s not okay for little girls at home or whoever that’s waiting for the women. It just feels like, now there’s only a focus on maybe two women, or one women’s storyline. Back when you (Nikki) were there, we had three women’s storylines on a two hour show. And that’s when I was still with James, so it’s like you and Nattie I believe, and Alexa and maybe Mickie and Becky. So we had three storylines and I was doing my thing with James, so we had four women’s storylines. So we know it’s a possibility. We know they’re capable of doing that. I think just sometimes there’s like this weird shift and people kind of forget. And then it’s like we need to remind them ‘no, we are a big part of the show. We don’t have to have matches every week. We can do promo segments or backstage segments. Even a 30 second insert into the show just to show ‘hey, here she is. She’s represented on the show.’ And then if people are talking about, okay next week maybe we give her a long segment because people want to see that. Whether it’s me or whoever it may be. And I think now, especially because we don’t have a live audience we’re going based solely off social media and who’s trending that week. You know what I mean?”

Check out the complete episode of The Bellas Podcast featuring the new interview with Carmella by visiting Apple.com. H/T to WrestlingInc.com for transcribing the above quotes.