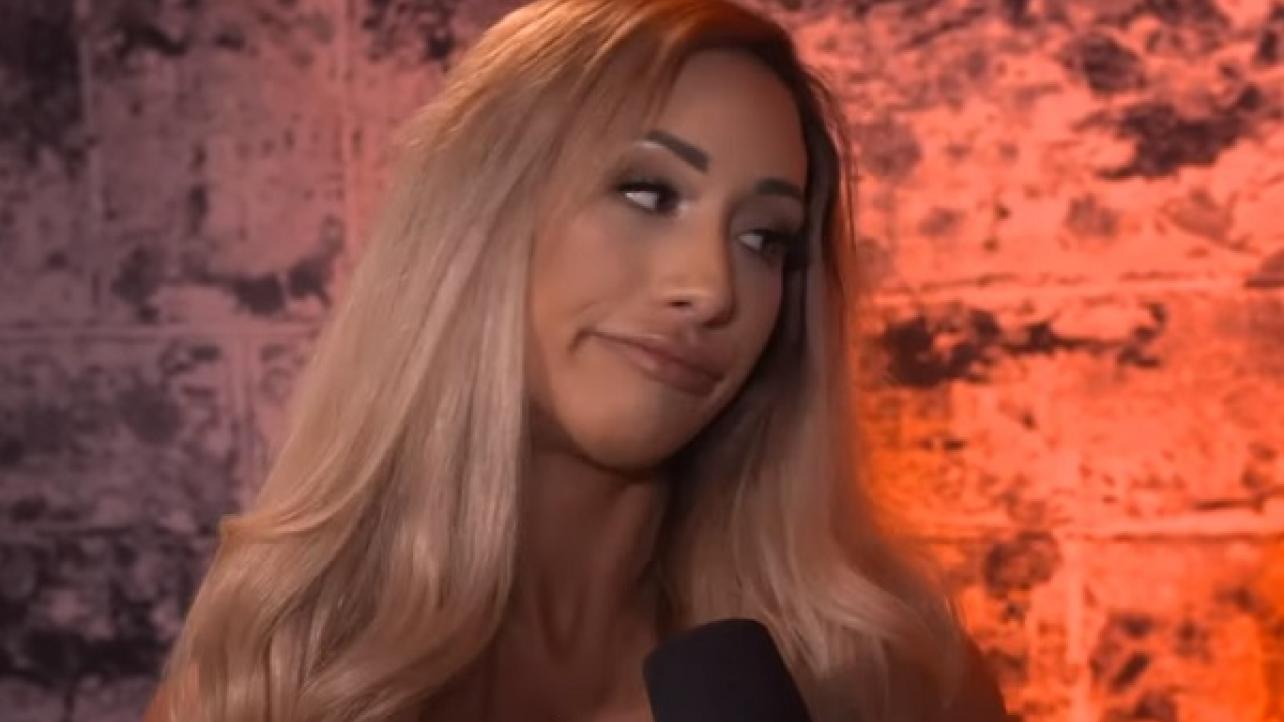 – The official WWE website released a new video dubbed, Why Greg Hamilton Is The World’s Best Ring Announcer: A WWE Mockumentary. The official description for the video, which you can watch in its’ entirety below, reads: “Greg Hamilton lets the WWE Universe in on the secrets behind his ring announcing, how many ties he packs per week and his relationships with the Superstars of Team Blue.”

– Ahead of tonight’s edition of WWE SmackDown Live, Kayla Braxton caught up with Carmella to talk about her new hair color, the six-woman tag-team match announced for this evening’s show and more. Check out the interview below and for those who missed it, check out the first photos of Carmella showing off her new hair color as soon as she finished dying it over the weekend by clicking here.