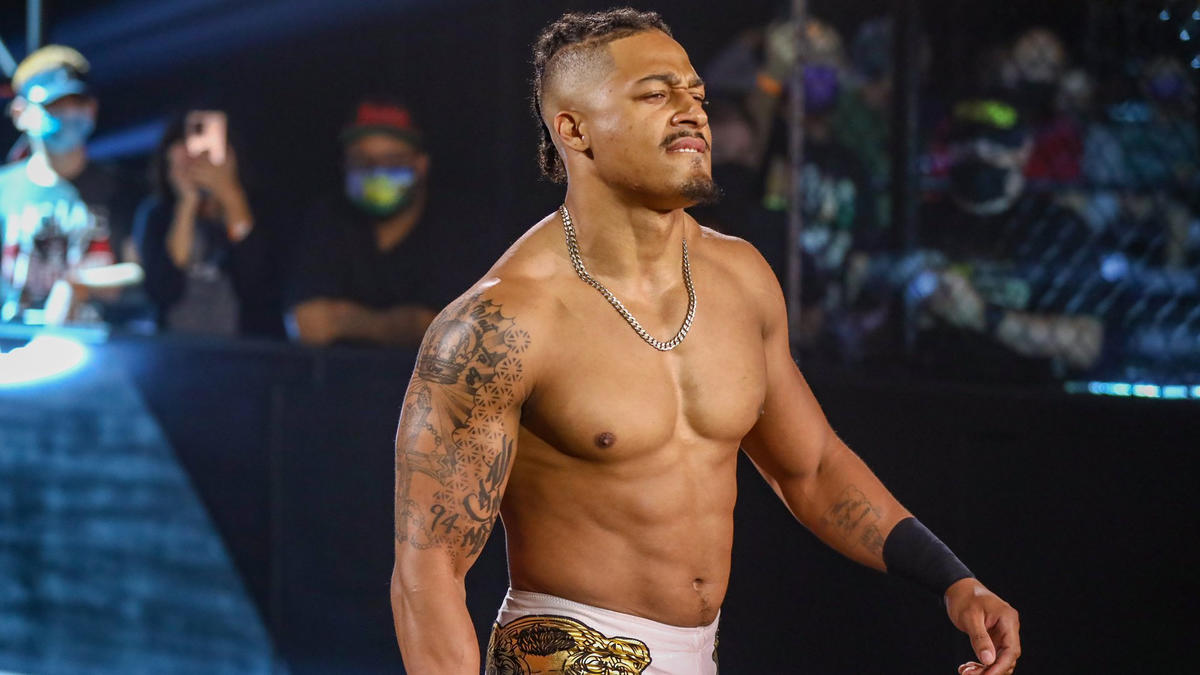 Top WWE NXT Superstar Carmelo Hayes recently spoke with The Ringer on a variety of topics such as how he was able to face a number of top Superstars early on in his NXT career as well as how it is one of the things he doesn’t take for granted.

“That’s one of the things that I don’t take for granted. And I understand now, building credibility for myself … but no, you know what? I thrive off of that type of pressure, man. I really do, so the fact that [WWE officials] threw me in there was more like, ‘OK, watch.’ Like, [it was never a] ‘I don’t belong in this spot,’ or ‘I hope I do.’ It was like, ‘All right, these are the guys I want to wrestle with.’ When I told [them] my first match, I said, ‘I want to work with the top guys. I want to be a top guy.’ And [then] I said, ‘We’ll see.’”

“You’d be surprised how often [Shawn] pulls me back. And there’s times where I have to be like, ‘Hey, don’t forget who you were.’ But he reminds me, like, ‘Hey, don’t do as I did. Do as I say.’ And he reminds me [that it] was a different point in his life. And if he could go back, I’m sure he probably would change a lot of those things.”

Carmelo Hayes then spoke about his pairing with Trick Williams.

“It’s like a cheat code. I got it on my own. But it’s like somebody that just makes you so much better, you know what I mean? He complements me so well. I complement him so well. And there’s so many different things that we can do as a duo in one match. There’s so many different backstage segments, promos; it’s endless with Trick and I, we’re just so creative individually. Then we put it together, and we just make what we do every week on TV. [Shawn] told us, ‘Hey, we need to get you guys doing something, but maybe we’ll throw you guys in a barber shop or something like that.’ OK, no problem. We get a couple of people, and we really just riff, man. We just sit in the barber chair and we just talk how we would talk. And obviously we still got to pull back on a lot of things that we would say we would do, but yeah, man. So smooth, man.”

You can check out Carmelo Hayes’ comments at this link.