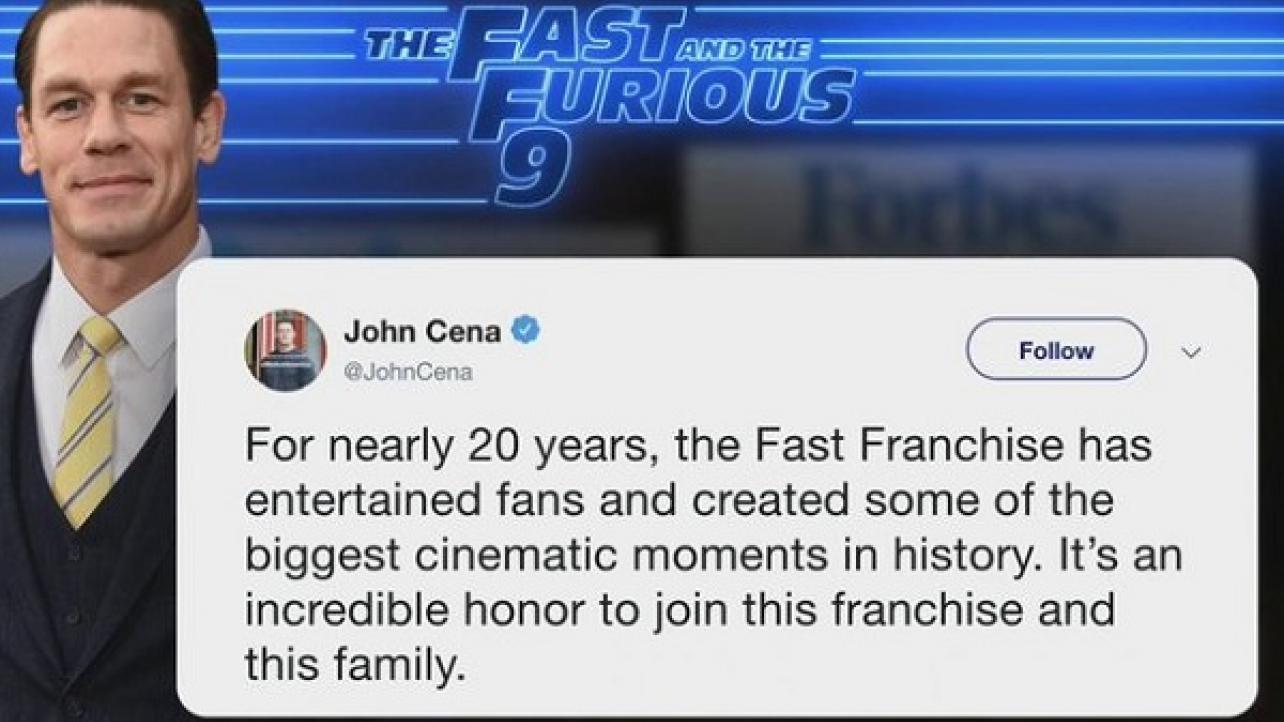 #WWE is excited to be partnering with the @nyjets to have a Kids Day on Sun, Dec 8th at @MetLifeStadium! #TakeFlight pic.twitter.com/xxSxf66FlX

– As noted, John Cena has been officially announced as part of the cast for the upcoming Fast & Furious 9 film. WWE tweeted the following this week to hype the announcement:

– Speaking of Cena, WWE posted this tweet on Wednesday to promote the release of the new DVD-exclusive, The Hustle, Loyalty, and Respect of John Cena.

Watch @JohnCena face his toughest challenges to date in the exclusive DVD, The Hustle, Loyalty, and Respect of John Cena: https://t.co/HwdaYZjeza pic.twitter.com/GIMyfyUC0f