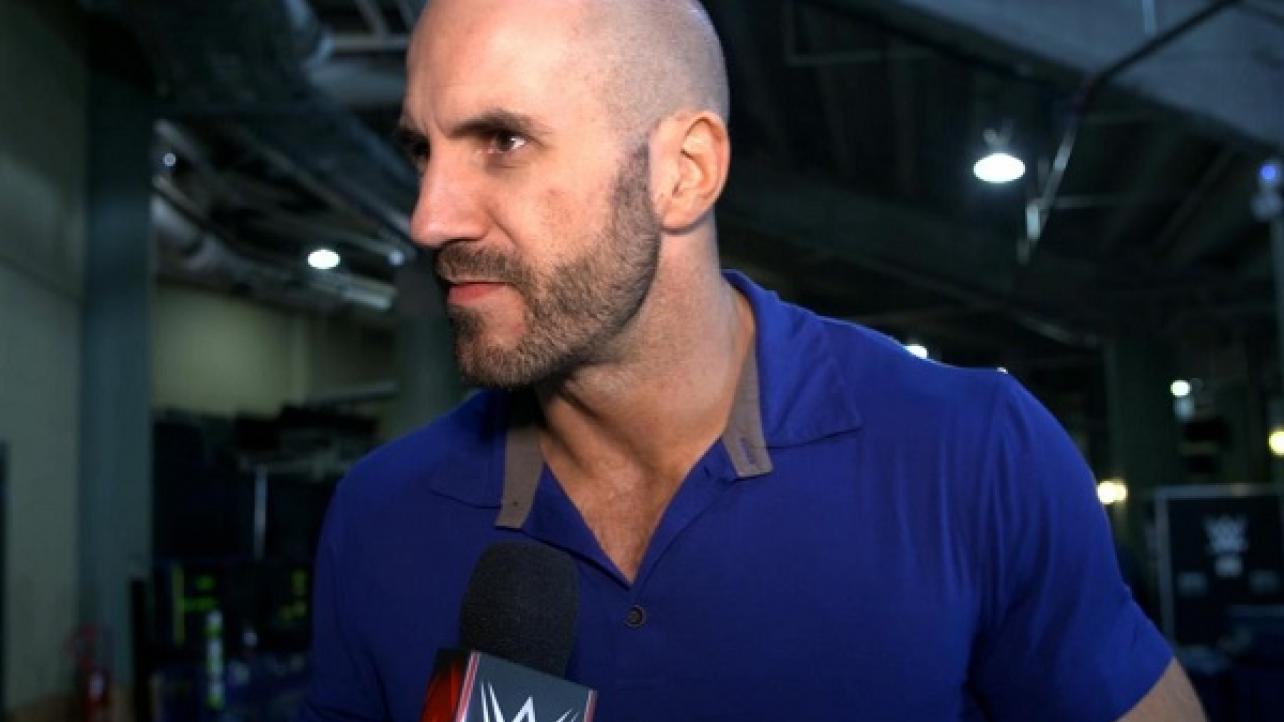 Cesaro recently spoke at length about resurfacing on the NXT brand so many years after graduating to the WWE main roster, and how he always makes a point to try and get the most mileage possible out of any opportunities that come his way throughout his pro wrestling career.

The longtime WWE Superstar was a recent guest on Corey Graves After The Bell podcast where the Swiss-Superman talked about making the most our of his opportunities, and connecting with audiences through is in-ring work. He also touches on whether or not he’d like to have another run with NXT.

On making the most of his opportunities: “There are certain things that are out of your control. It’s predetermined who wins and who loses, right? So, I’m really sorry for anyone listening to this podcast hasn’t known that. Watch WWE television every now and again and even really high-up people will mention that on live TV. But that is not for me to decide; the only thing I can control is when I enter the ring, I exit the ring, and what I do in the middle of it. And every single time, even if it’s one minute – I had a match one time and I think it was one minute. It was a three minute segment, and it was with Miz, and we were in Wilksburg, and it was a few years back on SmackDown. And I just remember that we tried to have the best one minute match possible and I think we succeeded.

“Every single time, that’s the only thing I can control. That’s what I love doing and that’s what keeps me going because people will remember every time I step into the ring. It’s awesome, it’s fun to watch, and that’s why people gravitate towards me. There are other people who have great entrances, great promos, and all that stuff but at the end of the day, the bell will ring and you’ll have to step up in the ring.”

On going back to NXT and succeeding on the main roster: “I want to succeed on RAW and SmackDown, you know what I mean? Would I succeed in NXT? Yes. I just want to be successful, I want to do what I do best, and I think bell-to-bell I’m pretty good at everything and pretty good all around. I know people hate on the way I talk or whatever but English wasn’t my first language when I came to the US, so I kind of had to rely on my wrestling a little bit more. And also, I traveled to Mexico and Japan when I didn’t speak Spanish or Japanese and you have to engage the crowd no matter where you go. At the end of the day, even if you watch NXT, those days where some people have a fifteen-minute, twenty minute monologue were hopefully done because there needs to be conflict big enough that you don’t just talk about it for fifteen minutes but you actually go do something, or somebody else is coming to do something about it. That’s what’s interesting to me.”

Check out the complete Cesaro interview from the new official WWE podcast After The Bell with Corey Graves below.

(H/T to Wrestling Inc for transcribing the above Cesaro interview quotes.)