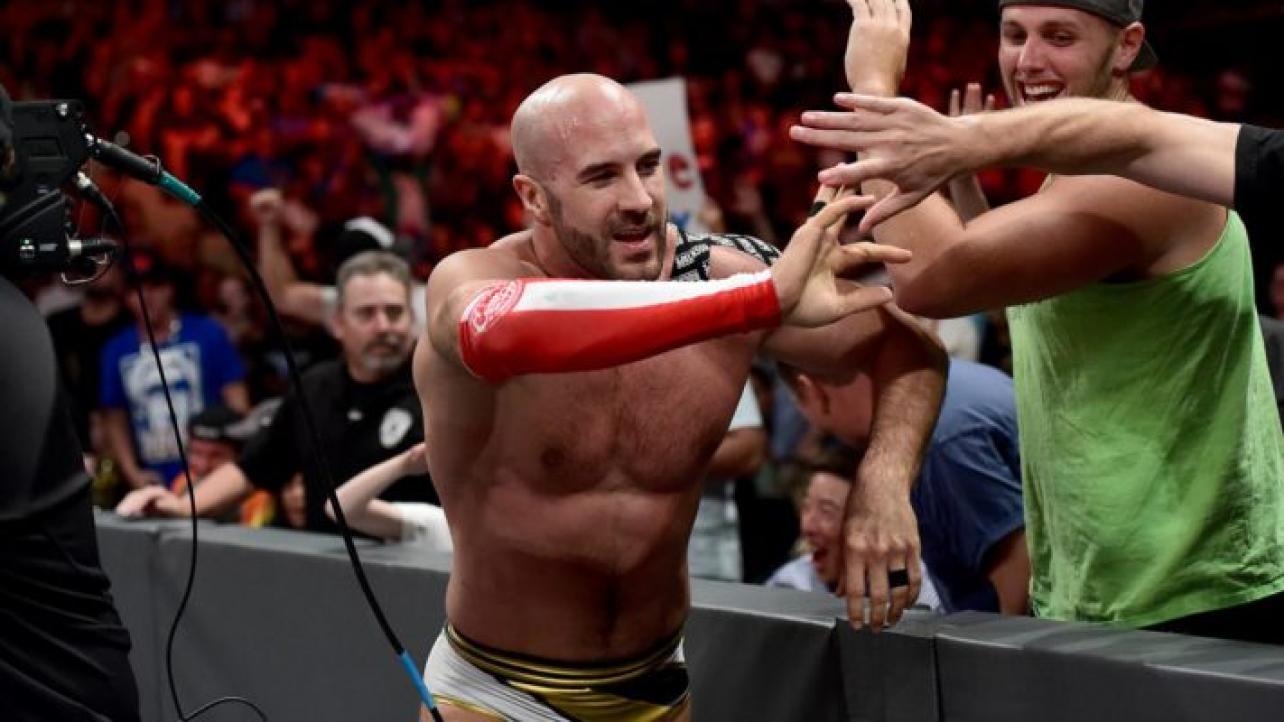 Cesaro Reveals When He Found Out About Sheamus Tag-Team, Mouth Injury

One-half of the RAW World Tag-Team Champions, Cesaro, recently spoke with the Al Arabiya English website for an interview. Below are some of the highlights.

On when he first discovered he would be teaming with Sheamus: “The moment I found out I was teaming with Sheamus was the moment the fans did. It was when Mick Foley announced it on [Monday Night] Raw. I didn’t know much before that, and actually anything you saw on TV since then, and even before that with the best of seven series, was essentially art imitating life. Sheamus and I did have a rivalry, and then became a team, and we went from being work acquaintances to becoming best friends. That’s what makes this team so special and what makes the fans connect with us—that they were a part of this whole journey with me and Sheamus.”

On why he didn’t want to be in another tag-team: “I was lucky enough to have many different tag partners. I was partners with Kassius Ohno as the Kings of Wrestling [in the indies], and in WWE I was with Jack Swagger. I thought we were the best tag team to never win the WWE Tag Team Championship. Next, of course, my partnership with Tyson Kidd, which was tragically cut short after six months. I wasn’t looking to be in another tag team, and I know neither was Sheamus. Now we’re having the time of our lives.”

On what he thought after suffering his mouth injury at the WWE No Mercy pay-per-view in September: “As soon as the blood started gushing, I was actually afraid they were going to stop the match. I was hoping they wouldn’t, because it’s a live WWE Network special and it’s for the WWE Tag Team Championships, and those mean a lot to Sheamus and myself. As you said, those teeth went up my jaw, and it hurt, but I also didn’t really know what I could do at that moment to make it better, so I thought, well, let’s continue, and win this match.”

Check out the complete Cesaro interview at AlArabiya.net.

Cesaro Reveals When He Found Out About Sheamus Tag-Team, Mouth Injury