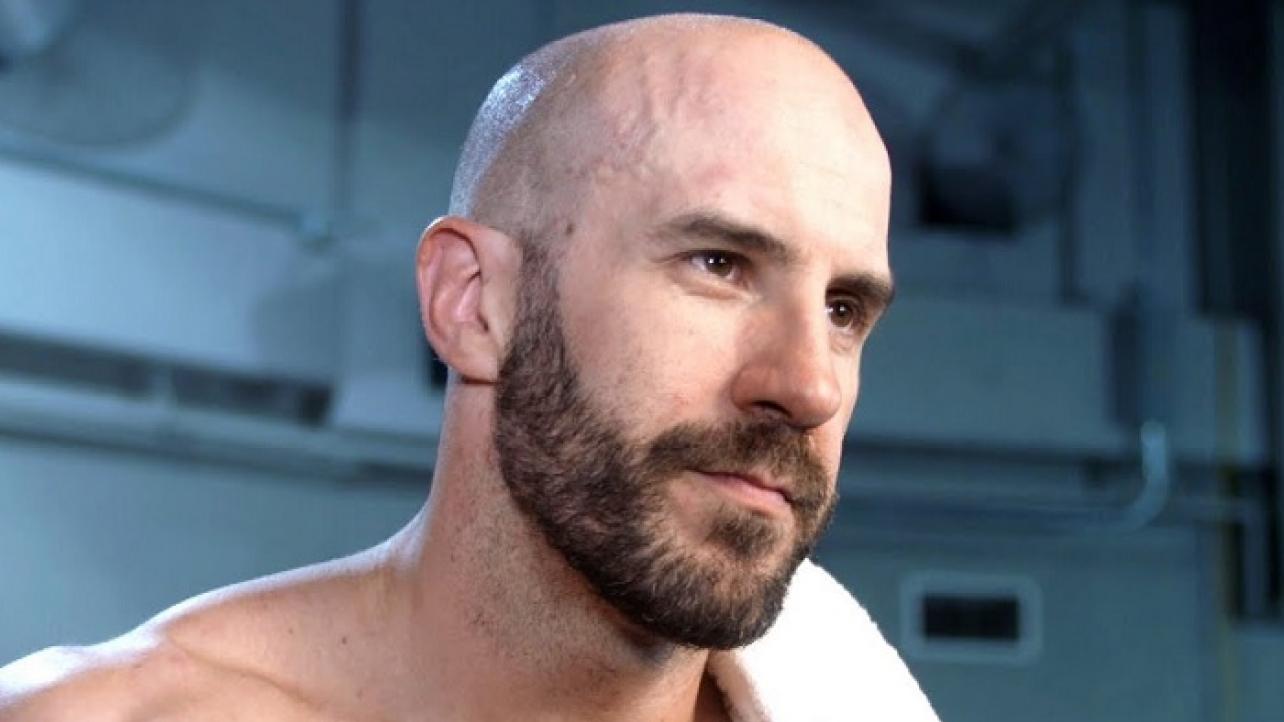 Cesaro is ready for his big opportunity this evening.

Ahead of tonight’s WWE WrestleMania Backlash 2021 pay-per-view, “The Swiss Superman” spoke with the Comic Book website for an interview promoting his shot at the WWE Universal Championship in his match against “The Tribal Chief” Roman Reigns in the main event.

On finally getting a main event opportunity in WWE: “It means the world to me. It means that hard work pays off and it means that all the pain and sacrifice was worth it, and that… It doesn’t mean that I will stop working less hard, by the way. It sounds like, ‘Oh, you’ll reach the goal. Now just go eat some cake.’ But to me, it’s kind of looking back and all the sleepless nights or doubts that I had, they were not justified. I’m challenging for the universal title this Sunday. And I feel like there’s a lot of people that came on that journey with me, and because it took so long, it means so much more. And if you would’ve told me that, and certain people did tell me that, when I just started in WWE, it was a year into it, and they were like, ‘Oh for you, it will take a while, but you’ll get there but it just… It takes a while.’ You don’t want to hear that. Whatever you’re like, ‘Oh, what about this guy who just walks in and gets a title shot?’ But now I feel people can relate to that and that makes it so much more special. So I’m very nervous and I’m super excited for Sunday.”

On his transition as a performer: “I think it’s a mix of all of it. I mean, it’s time, it’s growing into character, it’s letting people get to know you. And I mean, if you look at the people that you just mentioned: Roman Reigns, Seth Rollins, me, and then I would like to throw in there, even if you throw in Jey and Jimmy Uso, if you throw in Apollo, Big E, I’m just naming SmackDown people, but you can do the same on Raw. But it’s all people that you’ve seen and you’ve seen them evolve,” Cesaro said. “And Jey, just the transformation that he went through is amazing. Now it’s like all those match-ups again are fresh because it’s different characters and it’s different… We’re at a different stage, and I feel while we all like can’t wait to get the WWE Universe back and get back in front of people, and I feel like that’s what this run is missing the most for me, because I feel like I’m here because of WWE universe, because of the fans.”

On losing the WWE Universe at shows due to the global pandemic resulting in himself and others getting to further develop their characters and personalities: “And so I miss them tremendously, but we all had to adapt. All of us, the whole world, everybody had to adapt, overcome, and find new ways to succeed over the last year because of what the world was and still is. So that helped a lot of us maybe get in touch more with our characters, and develop, and try new things that we may have not before. And if this is the outcome, I’m a big fan of it, because SmackDown has been on fire. And once we get people back, it will just continue to skyrocket. And for me, it’s been so much fun doing this and yeah, I can just ramble on about how awesome it is and how… But also I learned how to enjoy myself and I feel that’s very important.”

On a potential hosting gig on G4: “If I could host a show on G4, I would want it to be the Weekend Update. It would be a 15 to 30-minute news show of just me presenting the news in a very dry manner with some bad jokes modded in, because I feel like that would be absolutely amazing,” Cesaro said. “To me, in my mind, it would be a one-stop-shop for all the game news that happened in the past week that are coming in the future and all that. So it’s essentially the… Oh wait, why is it not working? It’s essentially the BLEEP-esports show that they already have on G4, but with me as being the series host.”