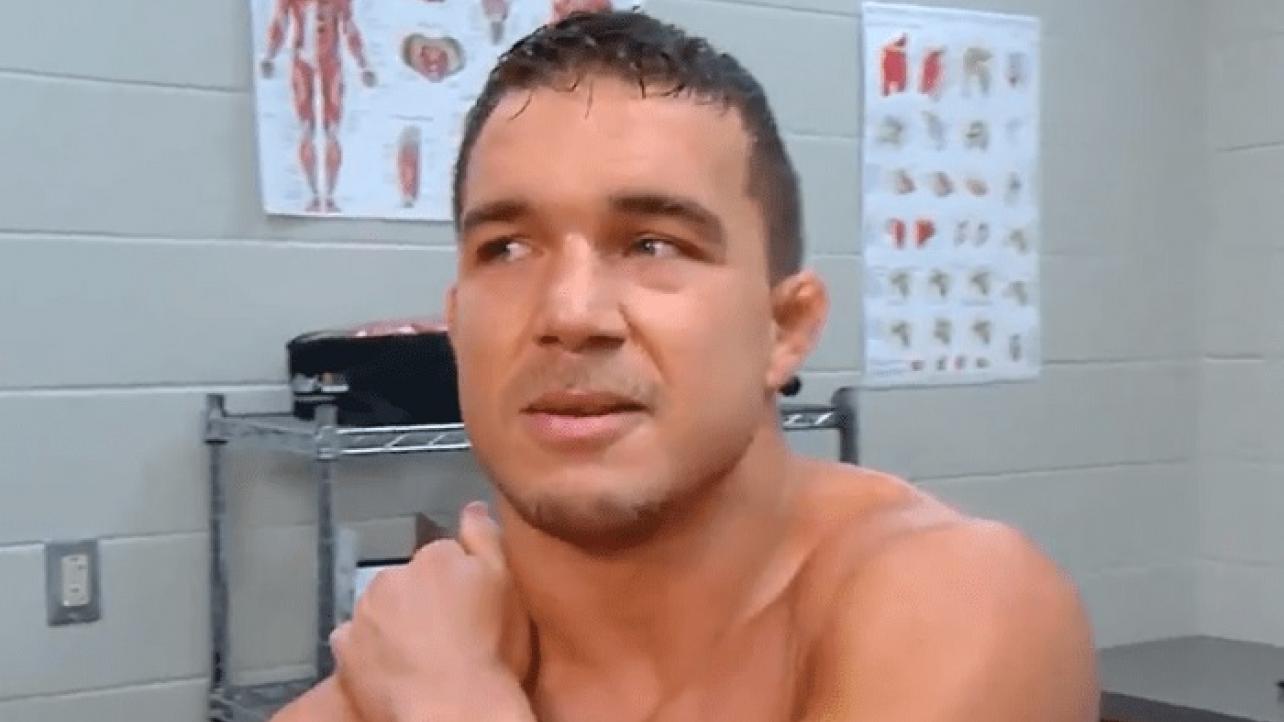 Chad Gable Talks About Getting Opportunities In WWE, His Shorty G. Character & More

WWE star Chad Gable spoke about dropping the Short G gimmick on the latest edition of After the Bell with host Corey Graves. The former NXT and SmackDown tag champion explained that he takes every opportunity that WWE gives him in order to give himself a chance to succeed.

I always ask for opportunities. I’ve been in Vince’s office, I talk to the writers, I’m constantly asking for opportunities. When I finished King of the Ring, it was explained to me that this was the direction we were going. I’m not the type of guy that’s going to go in, ask for an opportunity, and when given it, complain about it. That’s not my philosophy on life. I got my opportunity. Is it the perfect situation? No. In amateur wrestling me being short was not a thing because I was on a team with 55-60 kilo guys who are not even 5′. I was on the taller end. It was fine, I got the opportunity I asked for, but it started going off the rails when I was doing segments with guys that I’m taller than. I’m gonna try and give it every ounce of energy I have because I’m committed to this.

Gable officially dropped the Short G gimmick on last week’s episode of SmackDown after a crushing defeat to Lars Sullivan. Check out the full interview here. (H/T and transcribed by Fightful)

Chad Gable Talks About Getting Opportunities In WWE, His Shorty G. Character & More