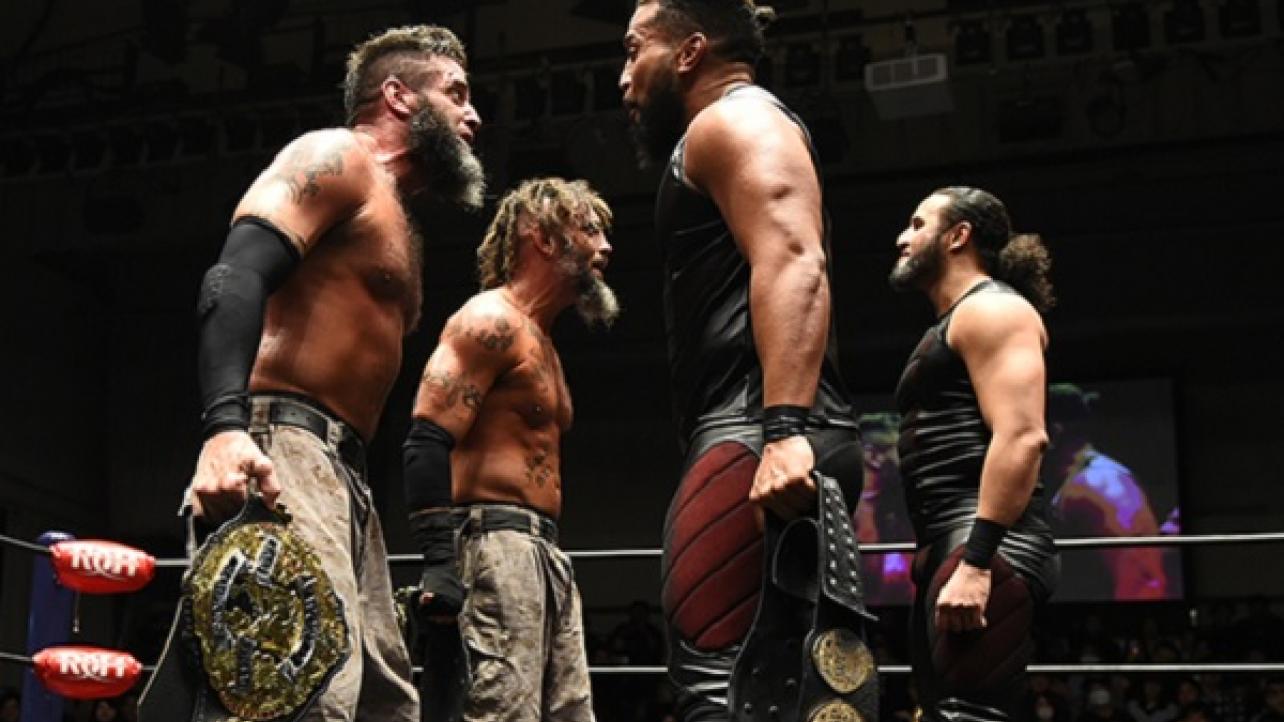 You can pencil in a big match for the upcoming Ring Of Honor (ROH) and New Japan Pro Wrestling (NJPW) co-promoted G1 Supercard event at Madison Square Garden in New York City during WrestleMania 35 weekend.

At the “Honor Rising” event over the weekend, the Guerillas of Destiny defeated EVIL and SANADA for the IWGP Tag-Team Championships. The Briscoes also won their match, retaining the ROH Tag-Team Championships by defeating Juice Robinson and David Finlay in the headline bout of the evening.

Following the Briscoes match, Jay Briscoe got on the microphone and challenged the Guerillas of Destiny (GoD) to a title match at the April 6 event. This led to GoD coming out, with Tanga Loa accepting the match on behalf of his team. The four guys had a face-to-face staredown, raising both sets of titles in the air.

Soon after this angle, NJPW confirmed the match on their official website.

It’s worth noting that the ROH Tag-Team Championships will also be defended on the ROH 17th Anniversary event on March 16, with The Briscoes putting the titles on the line against Brody King and PCO before the big G1 Supercard show. The winners of the ROH 17th Anniversary match on 3/16 will likely advance to compete against GoD at the G1 Supercard show on 4/6 in a champion vs. champion bout, with the emerging ROH Tag-Team Champions from the 3/16 event going up against the reigning IWGP Tag-Team Champions on the 4/6 show at Madison Square Garden.

We will keep you posted as more information and matches for the G1 Supercard co-promoted event by ROH and NJPW during WrestleMania 35 weekend become available.