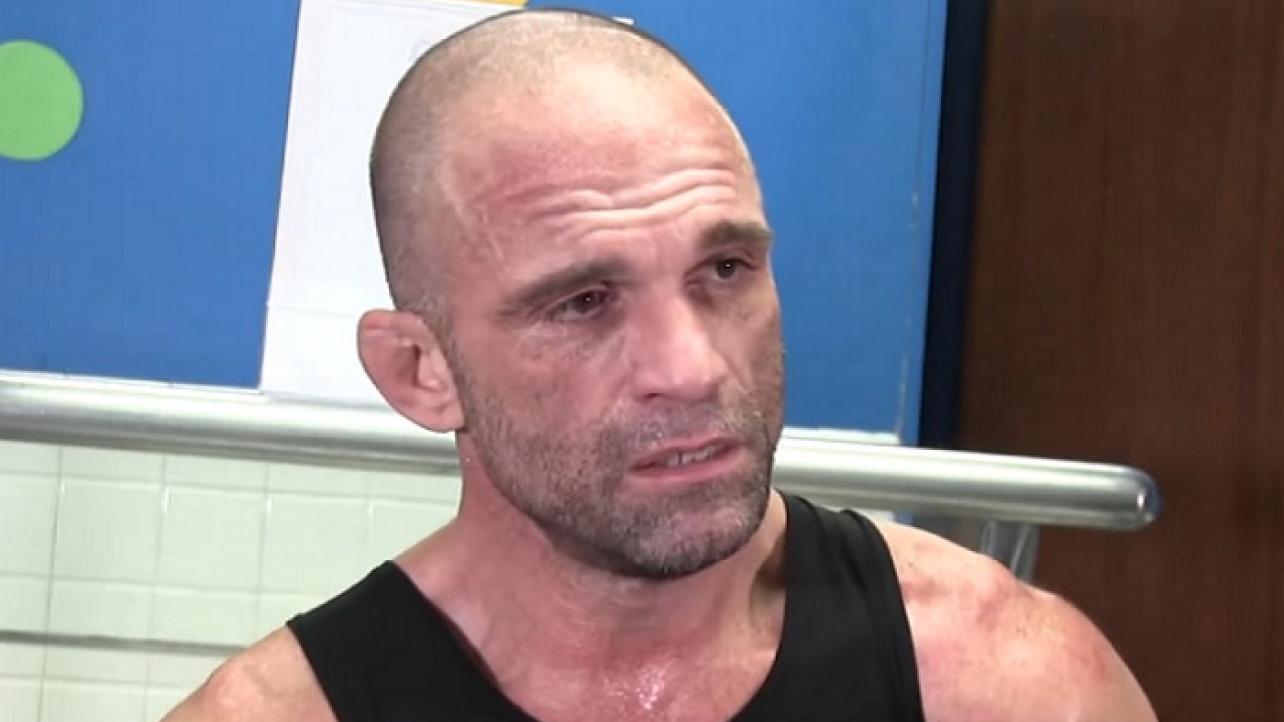 Charlie Haas recently appeared as a guest on the Insight with Chris Van Vliet podcast for an in-depth interview covering all things pro wrestling.

During the discussion, the former WWE Superstar spoke about what the pro wrestling business teaches you, moving on following his divorce from fellow former WWE performer Jackie Gayda, the transition from his amateur wrestling career to the pro wrestling world, the death of his younger brother Russ Haas back in 2001 and more.

On what wrestling teaches you: “Wrestling puts you in an uncomfortable position. You are on your back, getting your arms twisted behind you, and you have to learn how to get out of that. It taught me that if I can get out of these moves in amateur wrestling, and I apply that work ethic to life, I should be able to succeed and overcome adversity when it is thrown at me. My divorce with Jackie was very hard on the kids, but it taught me to stay focused and that things will work out in the long run and will be the best for you and the kids. It was the same when my dad and my brother died, you have to learn to overcome that. But I keep my head straight on and I will overcome and will figure out a way to get out of these uncomfortable positions. I won’t forget, but I can move on.”

On moving on after his divorce from Jackie Gayda: “Yeah it was when I was going through all the divorce papers back and forth. I remember what the exact day was, I signed the papers and my son says ‘Hey dad, there is someone in the kitchen eating my cereal.’ I’m like ‘What?’ And then he says ‘Yeah he is living here, get used to it.’ I’m thinking what is going on? I had no idea there was someone like that and boom he is living there, the kids had never met him. That was when I was like you know what, it is time to move on. Evidently she has moved on, the papers are signed, it’s time for me to move on, and that was it.”

On making the transition from amateur to professional wrestling: “It’s easy to transition if you are a fan and if you grew up with it. It’s like if you are a fan of the UFC and you know all of the holds and all of the techniques that Joe Rogan is calling out in the middle of the UFC match. For me, when I heard Gordon Sully or Jim Ross call out the headlock takeovers, Irish whips, arm drags… It was easy because I knew everything that they were talking about. So when I started training, I knew some of the stuff because I was a fan. I knew some of the moves already, because I started practicing at my parents. We didn’t have a ring, but we destroyed a lot of king size bed frames. I could do dropkicks, suplexes and bodyslams, so it was an easier transition, especially when you add in the work ethic of an amateur wrestler.”

On the death of his younger brother Russ Haas in 2001: “It destroyed me. It was like the divorce from Jackie, they are your best friend. You grew up with them, he’s your little brother, then you find him dead and it’s like, man, is this really happening? It was tough, it really was. But then you have to call your mom and dad and tell them that you found your brother dead, that’s not good. I didn’t think I was going to be able to get out of that, I really didn’t. I didn’t know how to survive that and I didn’t know what WWE would do. They signed the Haas brothers, not Charlie Haas. But thank God that Jim Ross saw that we could still do this with Charlie and Shelton, and Arn Anderson said ‘Let me take Charlie and Shelton and let me see what I can do with them.’ We basically just travelled with Arn, he put us in the ring prior to the house show matches and in the dark matches, and he taught us everything he knew. His heart was into it as much as ours was, and that was when I knew that someone really cared, he really put everything into us. Shelton was a guy who I found as a partner just like my brother, he is my brother and it just worked. Shelton had the same goals as I did, and I am just very lucky.”