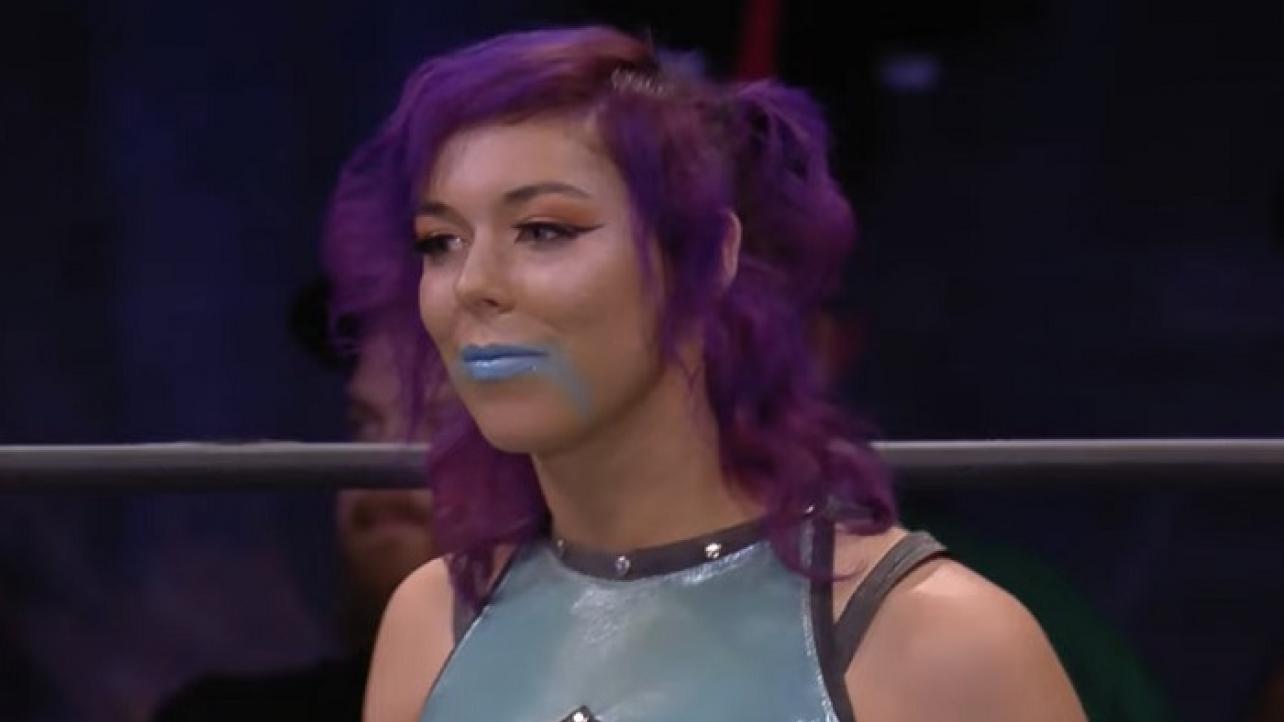 Charlie Kruel recently appeared as a guest on the Wrestling Epicenter show for an in-depth interview covering all things pro wrestling.

During her appearance on the pro wrestling program, the AEW women’s contender spoke about her AEW Dark: Elevation match against Ruby Soho, her ring gear being inspired by Raven from “Teen Titans,” her WOW Superheroes tryout and more.

Featured below are some of the highlights, as well as a complete archive of the interview.

On if the AEW Dark: Elevation match with Ruby Soho opened doors for her: “I think it has opened doors for me, actually. I’ve just been accepted for the WOW Superheroes tryout in Miami. That is really huge especially because I get to tryout in front of the woman who is the reason I’m a wrestler today, AJ Lee. That means a lot! Not that AEW is the only reason that happened. But, it definitely helped a lot. I definitely got new fans out of it and it got a lot of new eyes on me. Ruby liked me. So, it was all a lot of fun there!”

On her not being billed from Indiana in that match though she is: “I am! But, Ruby was to be the home town girl – The home town hero, really! So, I said to let me be billed from Louisville, Kentucky because I have been wrestling for OVW.”

On the transition of her character from a serial killer to the playful girl we see now: “(laughs) When I started, I was the Beautiful Nightmare. That transitioned into the “Maniac Serial Killer” Charlie Kruel and had red and black hair or maybe just red hair. For the longest time that I was doing that character, I thought I could fit in. But, I realized it wasn’t connecting to me. And, if it wasn’t connecting to me, it wasn’t going to connect with the fans. So, it wasn’t connecting with the fans much. I wasn’t feeling it anymore. So, I changed it for the kooky, innocent, playful Charlie… That came from the real-life me. I’m literally the kookiest, ditziest person you’ll ever want to meet! (laughs) That is saying a lot!”

On how the character has built her confidence: “The kooky, playful Charlie is more of who I am and I’ve become more confident being her. I’m told all the time that I’m an inspiration to people. I try to be a hero to myself so I can fight Autism and make a difference. You know what I mean?”

On how she got into wrestling: “When I was little, my brothers would wrestle around. I wasn’t able to get into it because I was little. But, I would referee. They planned this Triple Threat match with them and this kid who used to live next to us. He got sick and couldn’t go so they threw me into this Triple Threat match and that’s how it started. I did go away from it as I got a little older but I got back into it That is when I saw AJ Lee. She brought me right back into it. She took the world of professional wrestling by storm. She is such a huge influence as to why I’m a wrestler. And, also, my brothers.”

On her emotions going into her WOW Superheroes tryout: “Oh my Gosh! I’m on cloud 9! I’m super excited and I think I became even more fired up when I found out AJ Lee is part of the team there. All I want to do is meet her and tell her how much she’s inspired me. But, I’m super fired up, nervous, and ready. Plus, it is in Miami… I’ve never been to Miami before. I’ve been to Florida. But, not Miami. So, this is going to be a good time!”

On if an all women’s promotion, WOW, will succeed on CBS/Viacom for mainstream fans: “Absolutely, 100% They have such a talented group of people involved there. All women’s wrestling with a big screen… You know how RISE and SHIMMER is. But, everybody knows about WOW, Women of Wonder. I’m definitely excited to try out. And, no matter what the results are, it is worth a shot. And, I’m not going to give up.”