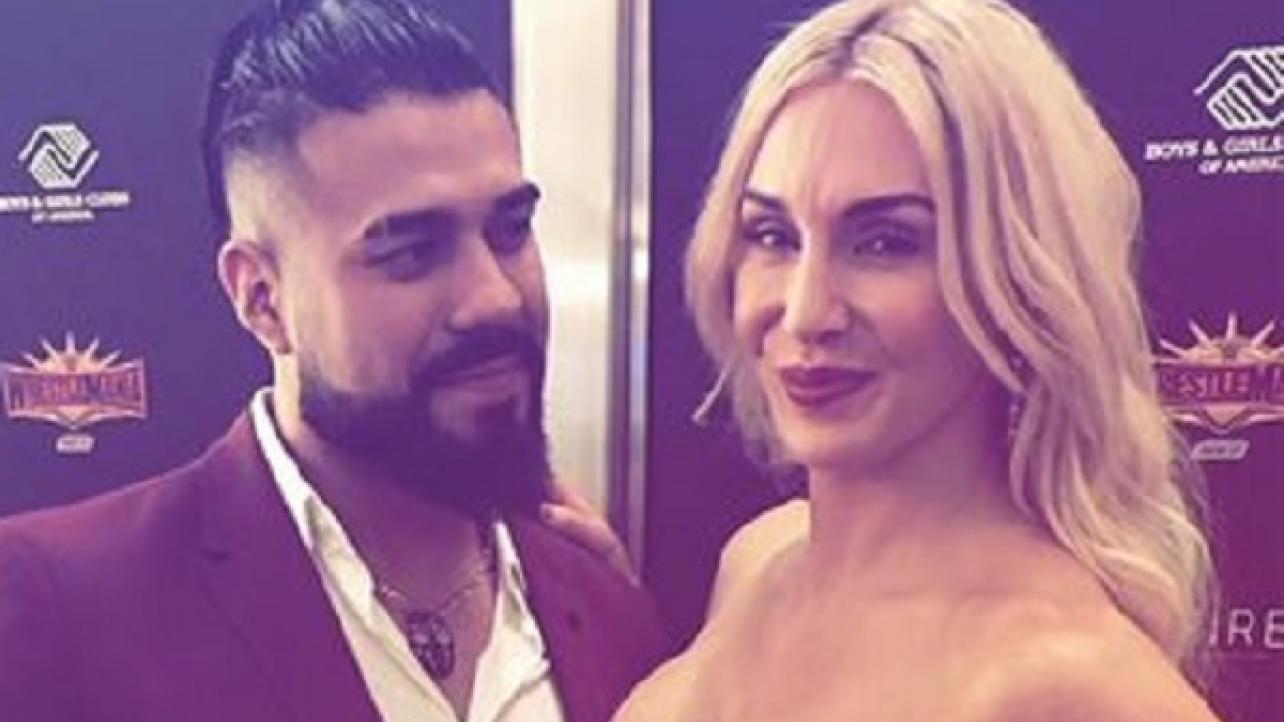 TMZ.com published a new report on Tuesday evening that suggests the relationship between WWE Superstars Charlotte Flair and boyfriend Andrade is “getting very serious very quickly.”

The report also notes that Charlotte has been sporting a ring on her finger recently, and that while nobody is confirming whether the two are engaged, there are no denials either.

Charlotte and Andrade have reportedly been a couple since early 2019 and were first seen together publicly shortly before WrestleMania (PHOTOS HERE).

The two were initially placed on separate brands in the recent Superstar Shake-Up, however WWE ended up having a change of heart and now they are both on the SmackDown Live brand.

While there was a report that this change came at the request of FOX, a far more likely scenario is that WWE simply agreed to keep them on the same brand due to their real life relationship and how that would be affected by being on opposing travel schedules, etc.