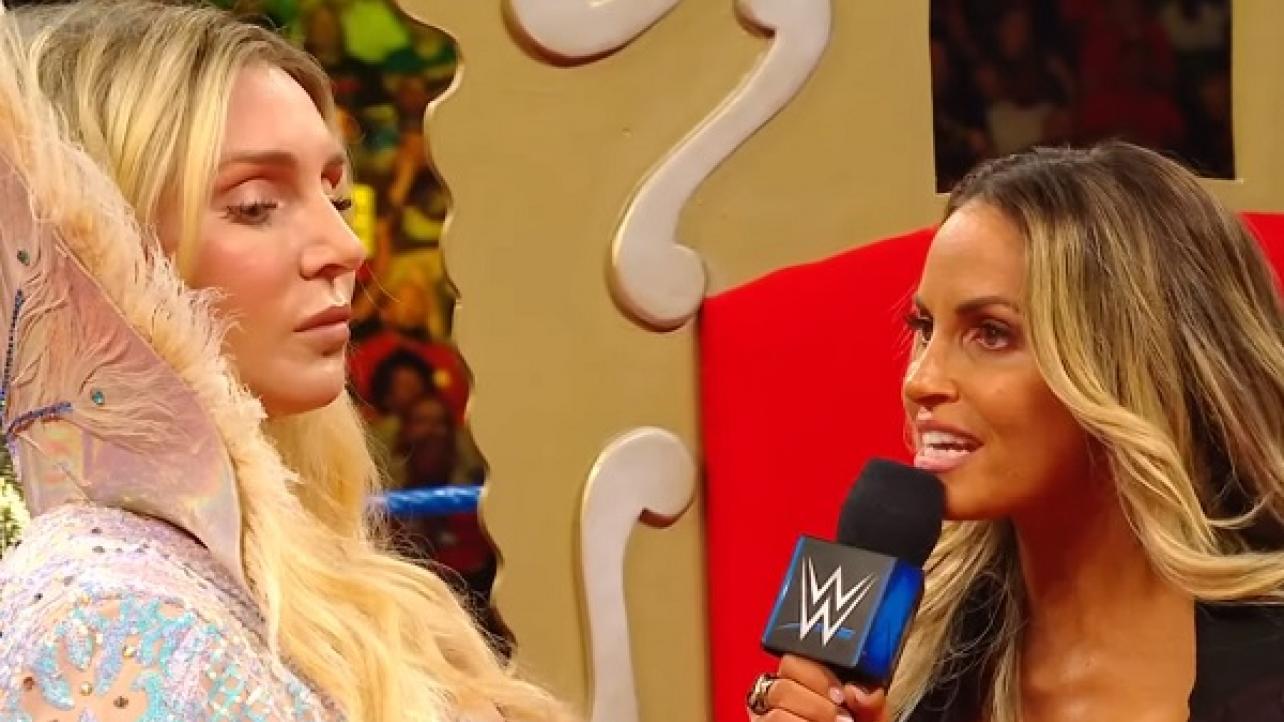 Charlotte Flair Posts Another Insult, Trish Stratus Quickly Fires Back With One Of Her Own

The trash-talk between Charlotte Flair and Trish Stratus has continued on social media this weekend.

As noted, WWE Hall Of Famer Stratus returned at this past Tuesday night’s episode of SmackDown LIVE in Memphis, TN. during a “King’s Court” segment with fellow WWE Hall Of Famer Jerry “The King” Lawler, which was crashed by Charlotte Flair, resulting in the two setting up a match for WWE SummerSlam later this month.

Following their trash-talk in the aforementioned “King’s Court” segment, the two continued to take digs at each other in post-show backstage interviews and on social media immediately after Tuesday night’s show.

Things got started when Charlotte posted a tweet of the two face-to-face from Tuesday’s SmackDown LIVE with a caption that simply read, “9-7.”

The numbers refer to the amount of title reigns that Charlotte (9) and Trish (7) have had in their WWE careers.

It didn’t take long for the lady who will walk into WWE SummerSlam at the Scotiabank Arena in Toronto, Ontario, Canada on Sunday, August 11th as the hometown favorite, Trish Stratus, to fire back at her soon-to-be opponent.

“Quick question,” wrote Trish via her official Twitter page in response to the previously mentioned Charlotte tweet. “If you could only hold the title for a week, did you really hold it at all?”

Check out the Twitter exchange between Trish Stratus and Charlotte Flair below, and make sure to join us here at eWrestling.com on 8/11 for live WWE SummerSlam 2019 results coverage!

Quick question- If you could only hold the title for a week, did you really hold it at all? https://t.co/TTyEDVZTFO pic.twitter.com/iBZ9G2lHb4

Charlotte Flair Posts Another Insult, Trish Stratus Quickly Fires Back With One Of Her Own