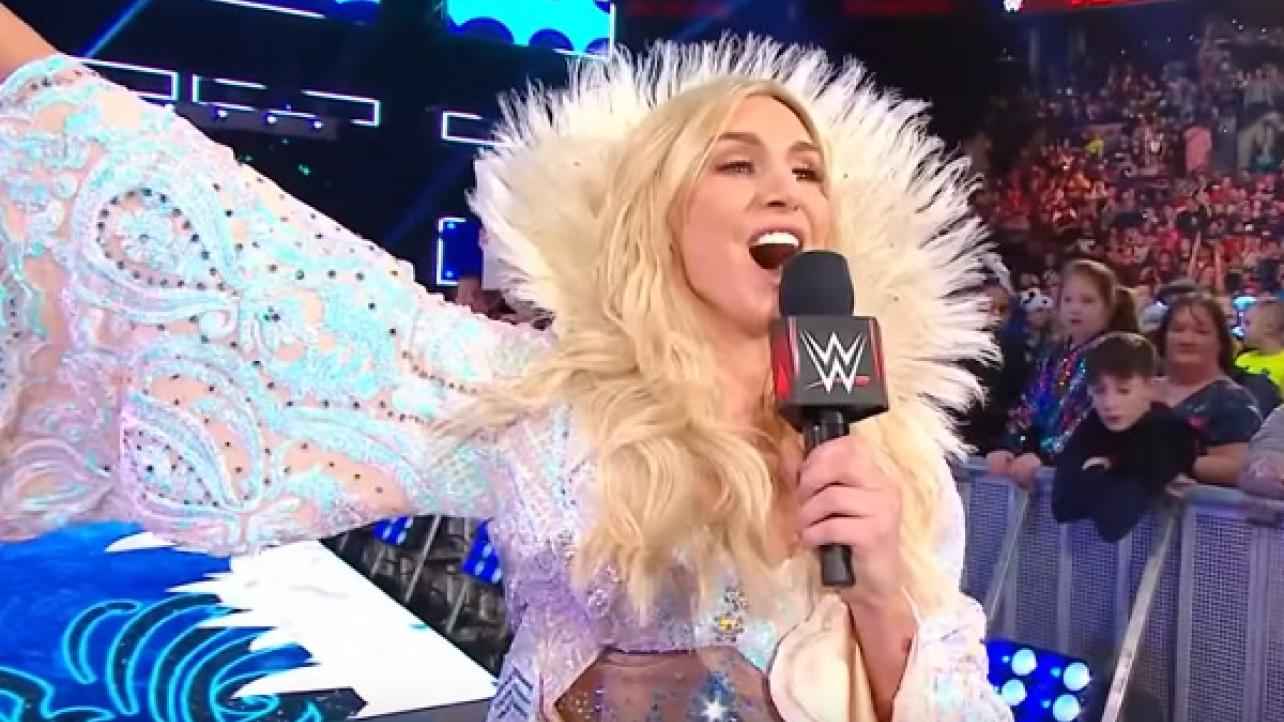 Ahead of her historic first-ever women’s main event at WrestleMania 35 against Ronda Rousey and Becky Lynch this Sunday, Charlotte Flair spoke with the folks from The Sporting News for an interview. Featured below are some of the highlights.

On her reaction to being told she would be in the main event of the biggest show of the year: “It’s one of those things that I had been saying during a couple of interviews that I’m going to main event WrestleMania — whether it’s in five years, this year, next year — so, when I found out, it was just a rush of emotions. You’re saying something and you’ve proven it to the universe and it finally happened. All I wanted to do is text everyone who had been a part of my journey and who helped me get to where I am. I was emotional and I wanted to text [trainers from the WWE Performance Center] Sara del Rey, Fit Finlay and Norman Smiley and the production crew. This has been a collective effort from all the women from the past and the present and we’re hopefully paving the way for the future of the rising stars of NXT. This means absolutely the world to me and I feel like it truly is my destiny.”

On how her father, two-time WWE Hall Of Famer Ric Flair, reacted to the news: “My dad is my biggest fan, my biggest supporter, my best friend. He truly understands what it has been like in the journey, with the ups and downs and helping me every day in how to get better, what I need to do to get better, what I did to get here. He’s been so connected with what it has taken me to get here that … he just said, ‘You deserve it and you did it all on your own.’ He emphasizes that every single day that ‘You did this all on your own. This has nothing to do with me.’ And just, ‘I’m proud of you.'”

Check out the complete Charlotte Flair interview at SportingNews.com.