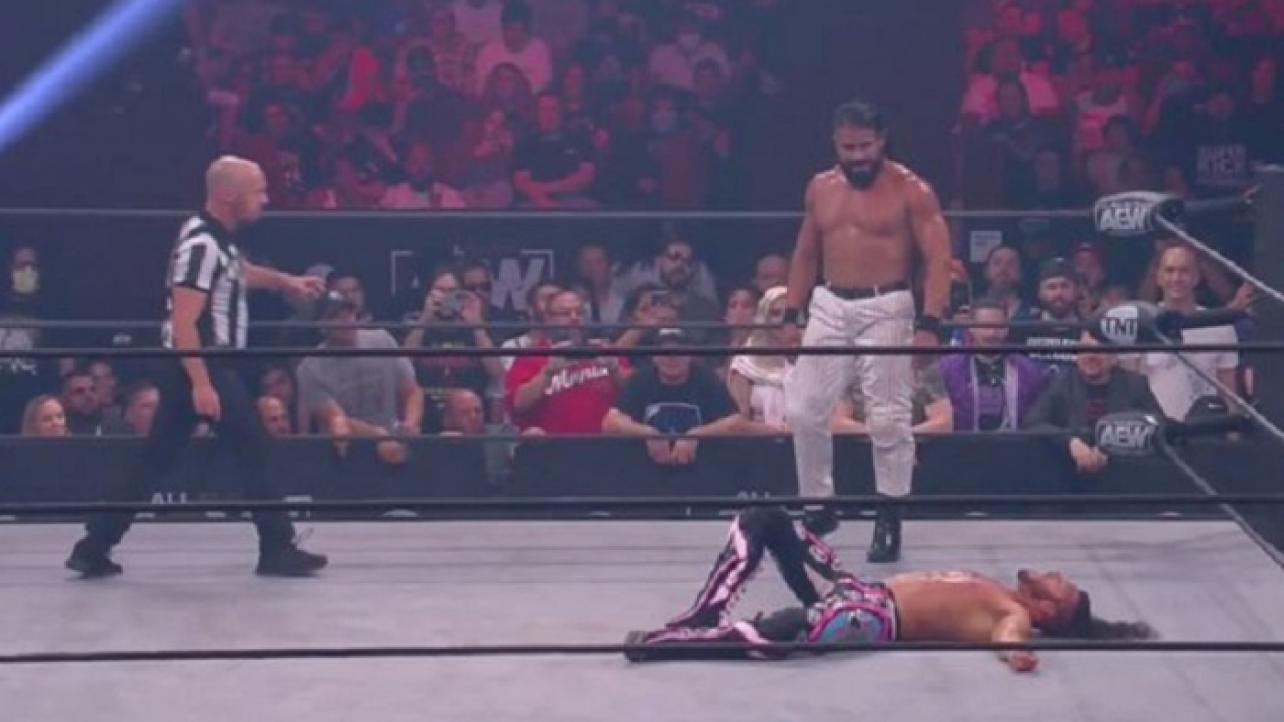 The real-life boyfriend of the the WWE Superstar, Andrade El Idolo, a former WWE Superstar in his own right, made his in-ring debut for All Elite Wrestling on this week’s AEW on TNT television program.

Andrade picked up a victory over Matt Sydal at the AEW Dynamite: Road Rager show at the James L. Knight Center in Miami, Florida on Wednesday evening in a match that has received glowing reviews from those within the company, as well as fans alike.

Following his impressive debut performance at the show, which kicked off the AEW Welcome Back Tour and marked the return to the road for the promotion, “The Queen” took to social media to comment on being proud of the Andrade El Idolo debut on Wednesday, as well as to share a video clip from the match.

Featured below are the pair of tweets Charlotte Flair posted regarding Andrade El Idolo’s AEW in-ring debut on Wednesday night.