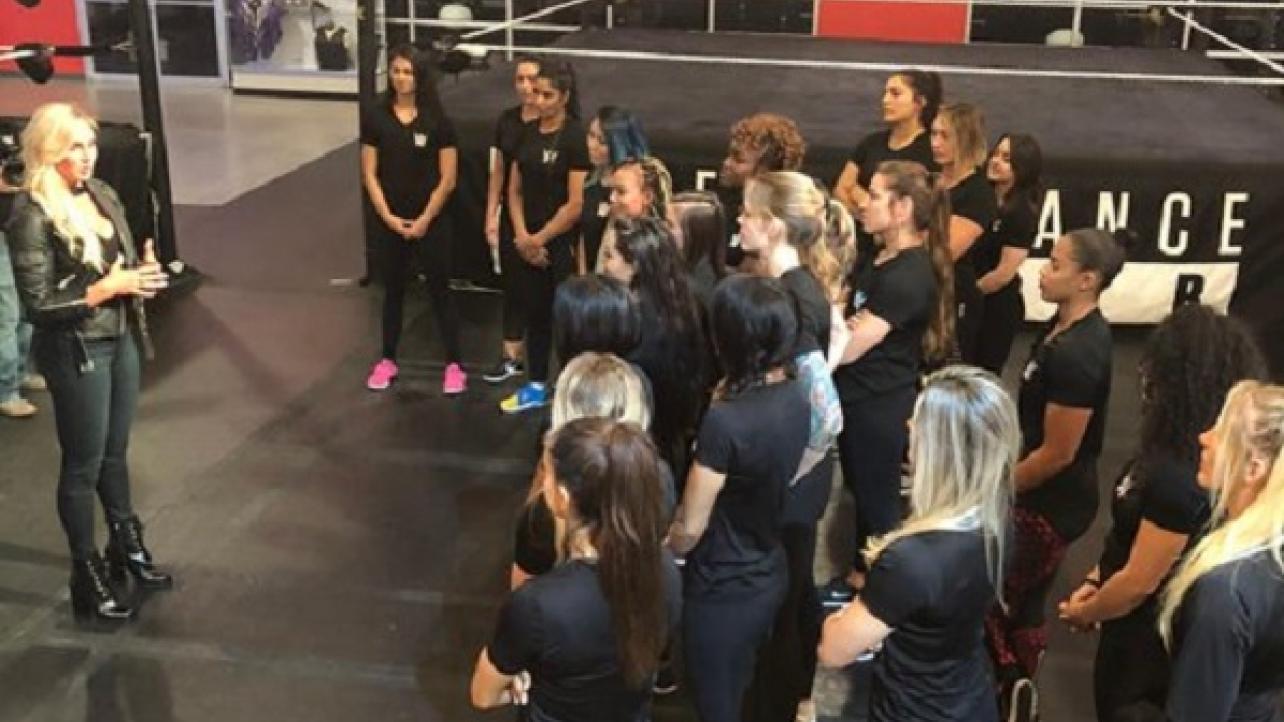 Charlotte Flair recently spoke with the NXT Stars at the WWE Performance Center in Orlando, Florida. In a video released via WWE’s official Twitter feed, Charlotte reflected on the day and spoke about the friendships she made with the trainers and other women’s wrestlers there.

“They definitely are Superstars and having the opportunity to talk to the future of this industry meant a lot to me,” said Charlotte. “When I was there I could just remember standing where they were, and I could see the passion, the hunger, and the motivation.”

Charlotte continued, “I could see that all they want to do is take women’s wrestling to the next level. To see some familiar faces — when I was on my way out — to see where they’ve come today. I couldn’t be more proud of them and the future is in great hands.”

Rhea Ripley didn’t seem overly impressed with whatever Charlotte told the group of wrestlers at the Orlando-based training facility. She wrote on Twitter, “Blah Blah Blah,” along with some not-so-friendly emojis.