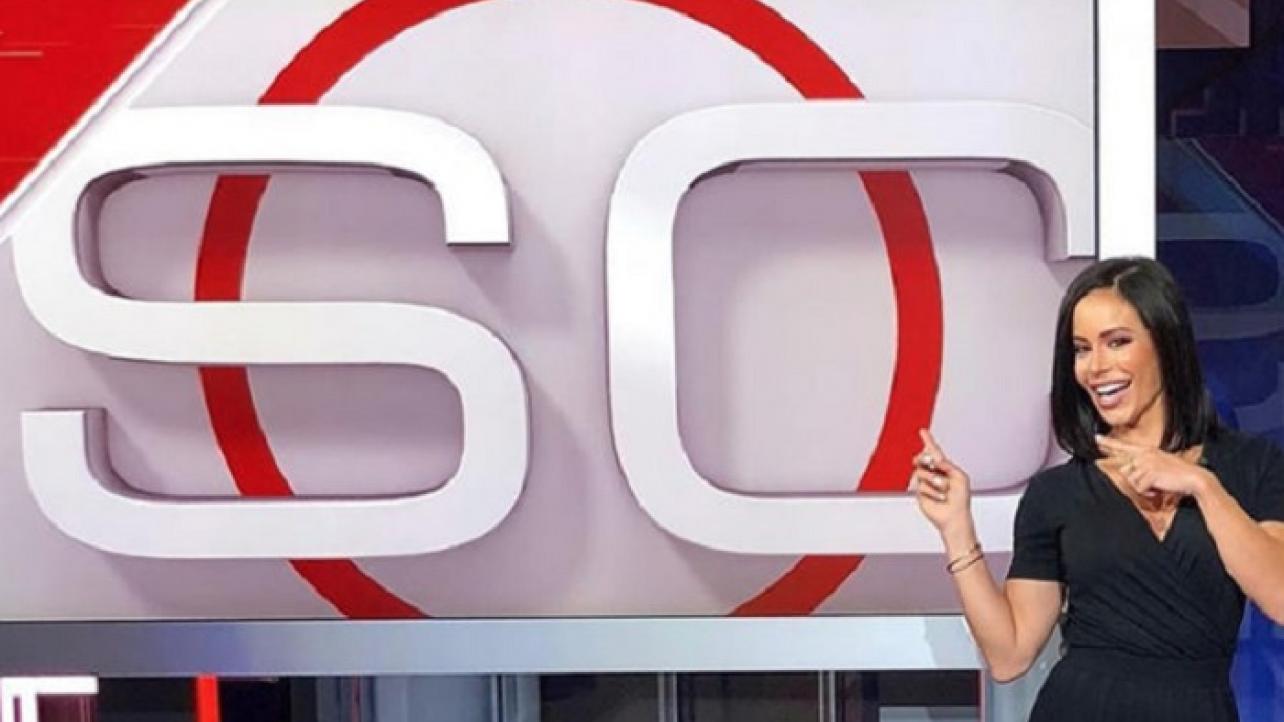 Charly Caruso has parted ways with WWE and will be reporting to her new job with ESPN under her real name of Charly Arnolt in the near future.

The former WWE broadcast team member made the news official in a statement released via her official Instagram page earlier this week.

Following the announcement, Charly spoke with Scott Fishman of TV Insider for an in-depth interview covering all things pro wrestling. Featured below are some of the highlights from the interview.

On what she made of the online speculation about her WWE exit: “There is always going to be chatter. The contract was coming up. Instead of renewing, I’m moving on. Everyone is going to have their own opinions regardless. I never had any issues while I was at WWE. Nothing bad happened. As far as I’m concerned, I’m leaving on a positive note and beginning what I believe to be the next step in my career.”

On juggling both her WWE and ESPN jobs at the same time for the past few years: “It was difficult. There were days where I would host First Take and go straight to Raw. Those were long days. I was waking up at 6 a.m. doing hair and makeup, getting the show prepared, filming. The turnaround even included getting on a plane to travel wherever I needed to be for Raw. I like to be challenged. It’s what drives me to be the best version of myself. So those were my favorite days. I loved pulling double duty.”

On how WWE prepared her for the next chapter of her life and career: “I think WWE gave me a great platform and exposure. I was able to make a name for myself. I’m very thankful to gain that.”

On the one thing she is most proud of: “My best memory was this past year when I was involved in the storyline with Zelina Vega and Angel Garza. That was the most involved in a storyline I’ve ever been. It was fun and different from what I was doing on a weekly basis. I loved that I was able to do a little bit of acting rather than just asking questions. I wish it could have been taken further than it was. WWE went in a different direction, but I had a blast before it ended.”

On how her extended family in WWE has responded to the news: “Once I stopped coming to WWE shows a few weeks ago, knowing this move was imminent, I had a lot of people reaching out. I couldn’t tell them yet until ESPN made the announcement. Now that it’s out, everyone has been so excited for me. The biggest thing I’ve heard within WWE is, “You deserve it.” People know how passionate I am about my career. They know it’s a great thing for me, as much as it sucks not being able to see everyone every week. I know my relationship with friends will not be severed. Nia Jax and I have already tentatively planned a girls trip.”

Check out the complete interview at ESPN.com.